Cox Comes Through But Grant Keeps His KZ2 Series Crown 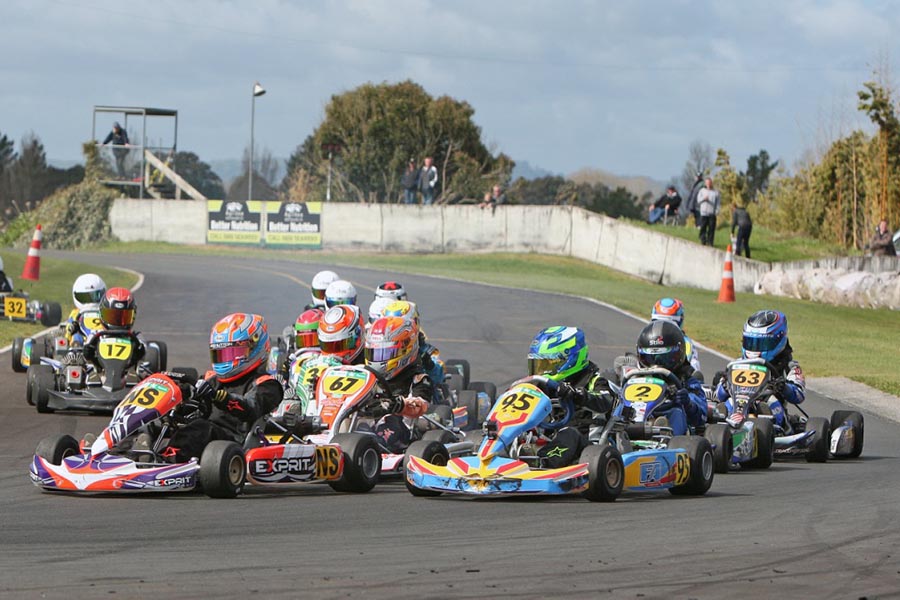 Rangiora’s Chris Cox finally got the round win he has been after all season but it was not enough to deny multi-time former class winner Ryan Grant the Cable Systems KZ2 class title at the final round of the 2015 ProKart Series at Hamilton’s Agrisea New Zealand Raceway on Sunday. 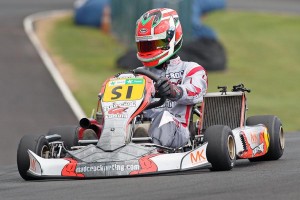 In the absence of Grant’s teammate, fellow Aucklander Graeme Smyth (who was racing a Ferrari 458 in Australia), the battle in the Cable Systems KZ2 class was between Grant and reigning class South Island sprint champion Cox.

Grant, who went into the round with a five point lead over Smyth and seven point buffer over Cox, qualified quickest and won both heats and the Pre-Final from Cox and young gun Aaron Wilson. But in the Final, after swapping the lead three times, the pair touched on the start/finish straight, sending Cox onto the grass and Grant spinning off the track and down the order.

Cox continued to win the race and with it the round and elevate himself to second place in the series’ points standings from Aaron Wilson, Mitch Brown and Luke Dobbs.

After the round Wilson and Brown, both 19, were named the two most improved drivers in the class, while newcomer Simeon Woolsey who finished the series sixth was awarded the President’s Cup for the best performance by an under 18-year-old.

There was a similar situation in Aarque Group KZ2 Masters where Aucklander Jared MacKenzie won the round, but defending class champion Tom Curran had more than enough points in hand to see him again easily win the class series’ title.

MacKenzie certainly made his intentions for the 2016 series clear, however, qualifying quickest (from Aucklander Steve Brown and Hawke’s Bay man Curran), and sharing heat wins with Brown.

He then went on to win both the Pre-Final and Final, the former from Brown, Mark Lane and Curran, the latter from Curran, Lane and Brett Hollander, Brown a late retirement after having broken a piston ring.

Joining them in a nine-strong Kiwi team there will be Mitch Brown, Leo Bult and Roger Beuvink. 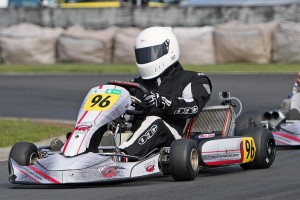 Having dominated the Aarque Group KZ2 Restricted class for another year the challenge for Aucklander Garry Cullum was to see how far up the finishing order in the combined Masters/Restricted races he could get.

In the heats it was third, the Pre-Final fifth and the Final second!

Needless to say Cullum was a clear winner of the Restricted title for a second year in a row, with youngsters Connor Adam, Gerhard Benadie and Shaun Curran second, third and fourth respectively.

In terms of close and exciting racing it would be hard to beat the Vortex Mini ROK junior class, however.

Wellington driver Ryan Wood won the round, series title and with it the main class prize of an entry to the final round of the Australian championships, but that was only half the story of an edge-of-the-seat final round.

Wood was where he wanted to be – in front when the chequered flag came out – in the Pre-Final and Final, but again, that glosses over just how hard the now two-time class National Schools’ champion had to work.

In the Final there were three lead changes, with Wood getting the jump off the start then Jackson Rooney taking his turn up front, before being shuffled back and Connor Davison getting a lap of his own in front before Wood took over for the run the flag which he took from Blake Austin from the Bay of Plenty, Billy Frazer and Fynn Osborne.

Most improved driver award in the 27-strong season-entry class went to Auckland’s Marco Giltrap who finished the season in eighth place. 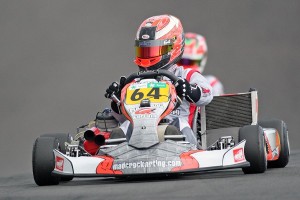 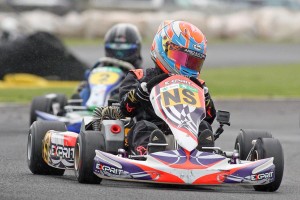