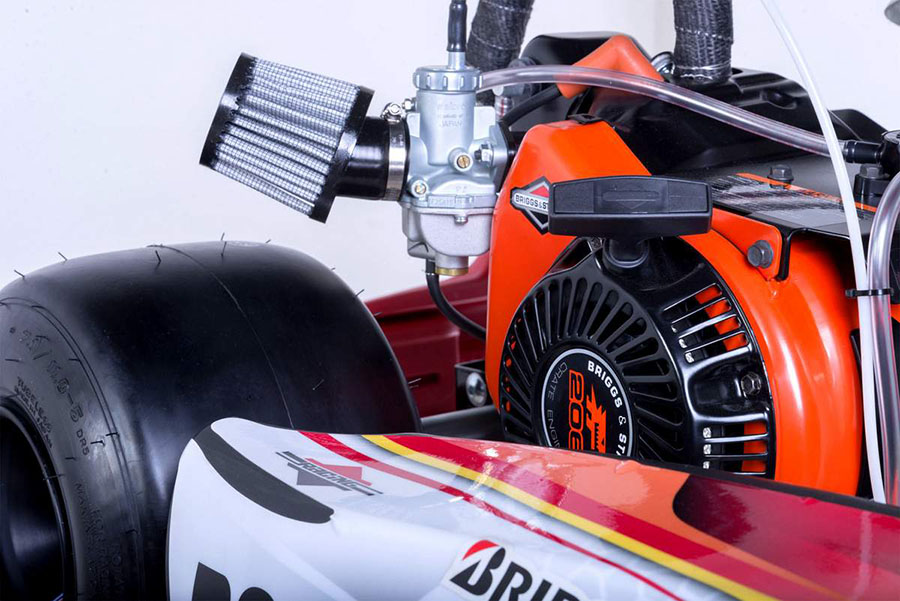 Two years ago KartSport New Zealand initiated a project to address a number of key issues facing the entry level into the sport for Junior (12-16 years) and Senior (15+ years) age groups. These included the new genre of competitor who demands simplicity, low cost, performance parity and out of the box racing as well as the sport’s ageing current club level engine product options.

Research was conducted into how other karting organisations and suppliers around the world were addressing similar issues and to ascertain if there was a successful template that could be adapted for New Zealand.

One program stood out.

The Briggs and Stratton “Operation Grassroots” program in North America, launched in the USA four years ago with the goal to provide a relatively easy entry-level package for someone with no motorsports background or racing experience.

This program has resulted in a renaissance in club level karting in USA. There are now over 170 tracks in USA running the Briggs LO206 engine package, including many with arrive and drive programs.

Further confirmation of the transferability of the program has been the roll out into Canada over the last two years where the Briggs LO206 is already powering the largest karting classes for the Junior, Senior and Masters age groups.

The glowing reports about how the new engine and category was indeed helping grow and revive the sport at the grassroots level in USA, and more recently in Canada, stimulated KartSport New Zealand to begin negotiations with the Briggs & Stratton factory and local office earlier this year.

While final details and exact pricing have yet to be locked down it is expected the engine (with ancillaries) will have a recommended retail price of ‘early $2000′ and that the first examples should be able to be bolted on to karts towards the end of this year and early in the New Year.

The Briggs and Stratton package will be outlined to the local retail karting trade over the next few weeks.

Because it is targeted at club level the new ClubSport LO206 class will not have national championship status but KartSport New Zealand President Graeme Moore says that he expects strong interest at interclub level.

“It’s human nature to want to beat your buddies,” says Moore, “so we’d expect nothing less. What we’re hoping though, is that with the engine producing smooth four-stroke power, the accent will be more on the driving and race craft on the track rather than tuning for an advantage in the engine workshop. Absolute parity is a key selling point for Briggs and Stratton with the bottom end of the engine sealed ex-factory and no benefit to be gained from aftermarket tuning of any of the stock components – including the carburettor and the exhaust.”

“Our goal with the Briggs LO206 is to grow KartSport participation at a club level, keeping it inexpensive, competitive, and most of all FUN. The Briggs package is a great opportunity for everyone to switch from electronic games and simulators and to now experience the thrill and excitement of wheel to wheel competition in a real racing machine!” concludes Moore.

This is Briggs & Stratton https://www.youtube.com/watch?v=PYCw-eGgLHo