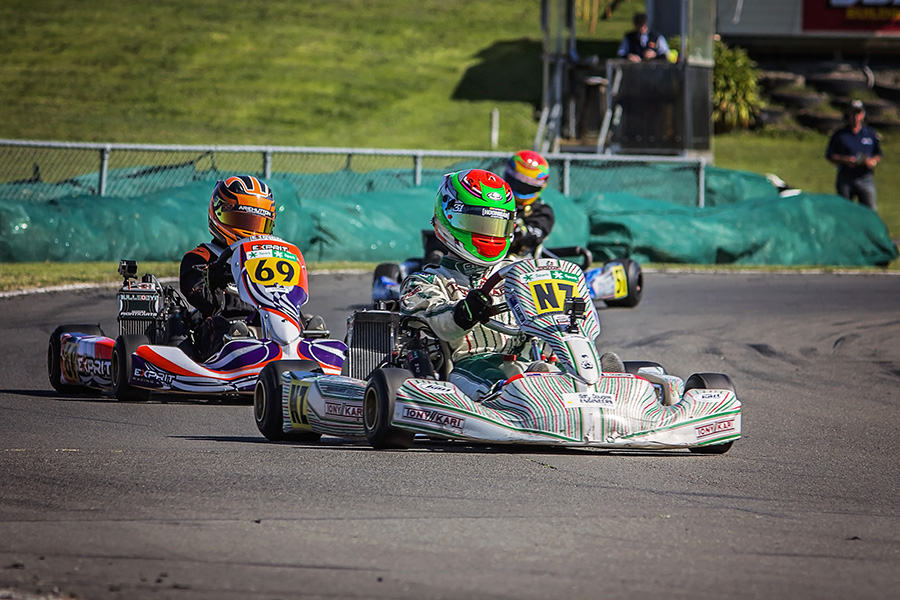 A trio of winners, Jaden Hardy in 125cc Rotax Max Light, Jacob Cranston in Junior Rotax, and Ryan Wood in Vortex Mini ROK, stood out at the 48th Blossom kart meeting in Hawke’s Bay over the weekend.

In fresh early spring sunshine and with the fruit trees in the ‘Bay in blossom (hence the event’s name) the trio claimed their class wins in fine style at the marquee two-day meeting. 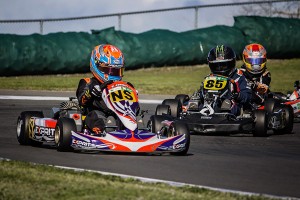 In terms of class dominance you had to look to the Junior categories, however, in particular Vortex Mini ROK, where two-time and reigning National Schools champion Ryan Wood from Wellington successfully defended his 2014 Blossom class win with seven wins from eight heat starts.

The closest anyone else could get to the flying Wood was Palmerston North’s Jackson Rooney who claimed six second placings and a third and sixth in his other two heats with third place going to William Exton from Blenheim.

It was a similar story in Junior Rotax where Palmerston North 15-year-old Jacob Cranston, the reigning NZ#1 in the class, won six of the heats and claimed a second and fourth in the other two to take victory from top female driver Rianna O’Meara-Hunt.

The only other drivers in the class to take heat wins off Cranston, Frank May and Tom Greig, finished third and fourth respectively while the best local finish went to Ronan Murphy, son of former V8 Supercar ace Greg Murphy, who was fifth.

There was also  a breakthrough win for an up-and-coming driver in the Cadet ROK class, overall honours after two typically intense days of racing going to young Auckland driver Liam Sceats.

He finished a close second to fellow Aucklander Mason Potter at the National Schools’ title event in Dunedin in July but went one better at Blossom, winning four of the Cadet ROK heats and finishing no worse than sixth in the four others to take the class event win.

Logan Manson who finished second  won the opening heat on Saturday and finished second in four of the others to finish the weekend just three points adrift of Sceats with class National Schools’ champion Mason Potter third.

The meeting also has its own distinctive race format with each class getting four heats using pre-determined grids with points from all four counted and carried over on Saturday, and four heats on Sunday with three running predetermined grids and the fourth with a starting grid based on points scored up until that point.

Once those class races have been run and won each driver’s worst performance over the eight class heats is dropped and class winners and place-getters are finally decided.