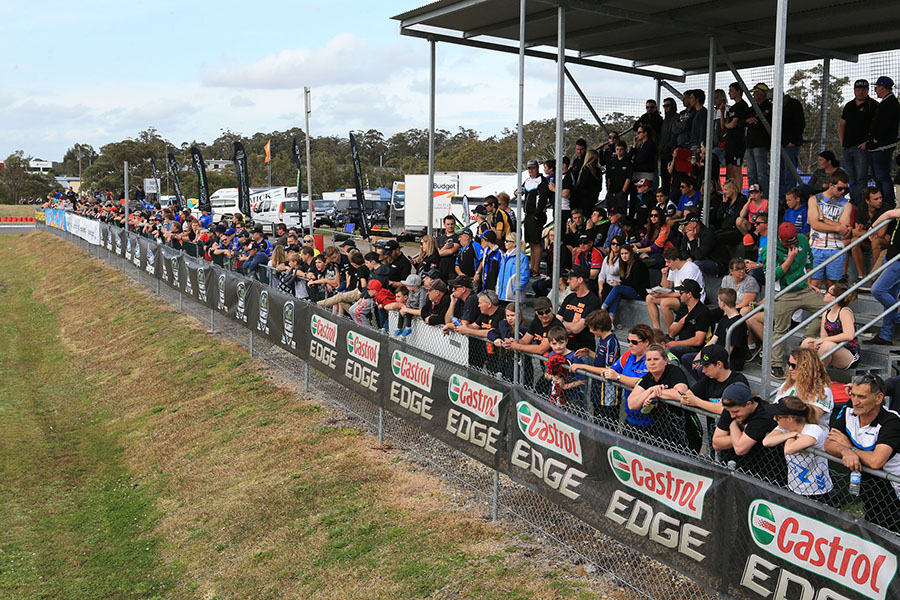 The crowd watching on in Newcastle
(Pic: Coopers Photography)

James Sera has added another two State Championships to his impressive career haul today at the fourth round of the Australian Kart Championships presented by Jayco and Castrol EDGE in Newcastle through taking out both the X30 and KA1 categories. 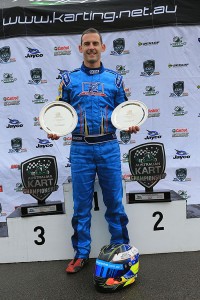 The veteran Victorian was peerless throughout the course of the day as he charged to victory in the first final of the afternoon in X30. He dominated the race, taking victory by 5.2 seconds over last round winner Daniel Rochford.

Rochford fought hard to get into second position getting past Queenslander Ben Stewart, who recorded his second podium in as many rounds.

Later in the day, Sera – driving an FA Kart for James Sera’s Karting Centre was able to take victory in the KA1 final. That race wasn’t as clear cut for Sera with his chief Championship rival Justin Francis and newcomer to the category, Dean O’Brien. O’Brien and Francis traded positions whilst keeping pace with Sera, however Sera kept the measure of his two younger rivals to take the win and extend his Championship lead.

Team CRG’s Kyle Ensbey took a grinding win in the KZ2 Final. With Championship leader Jake Klarich (TB Kart) striking trouble in the heats on Saturday and Jason Pringle’s run thwarted with an engine issue in Sunday morning’s third heat, Ensbey was granted pole for the final and he did his most to convert that to a win.

Ensbey was pushed all the way by Troy Loeskow in his Ricciardo Kart and a resurgent Kel Treseder. The three ran nose to tail for eight laps late in the race before Treseder decided to make the move on Loeskow. With three laps to go, it had the effect of allowing Ensbey to extend his lead.

Loeskow came home in second position – his best ever KZ2 finish and for Treseder – who had Volvo V8 Supercar star, Scott McLaughlin performing crew chief duties – third was as good as a win considering the difficult year he’s experienced.

Klarich came home in fifth position in great Championship drive – finishing just in front of Chris Hays (Energy) and Pringle struck trouble yet again, this time a big end bearing brought an end to his run while third.

Zane Morse’s charge in the KF3 Championship took a turn for the better. The Charmans Earthmoving Tony Kart racer took a narrow victory in the final over Thomas Hughes. Hughes – who recorded his third podium in successive events – was superb in defeat – pushing Morse right to the end of the 25 lap final. 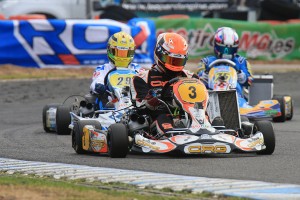 Young New South Wales star, Cody Brewczynski recorded his maiden podium. He was in the top four for much of the weekend and drove brilliantly to take third place.

Championship leader, Reece Sidebottom exited proceedings early when suffering an exhaust issue. It was a bitter blow on a weekend where he was looking the goods to take his second round win of 2015. Morse’s brother, Alec, retired with a bizarre incident when his axle snapped on the right hand side.

Brad Jenner has made his intentions clear heading to the final round of the KA TaG Championship after taking a comfortable victory. He took his BirelART Australia chassis to the top step of the podium ahead of Mitchell Hewitt. Another welcome podium came the way of Troy Morrissey. The Pacific Kartsport Arrow driver had pace all weekend and was awarded with a top three finish.

Championship leader, Adam Lindstrom finished sixth with Brendan Nelson – also in with a Title shot – just two places ahead of him after not finishing the third heat due to an engine mount breaking while leading the race.

The KA Junior final came to a dramatic conclusion when a red flag was thrown on the final lap following an incident involving Ricciardo Kart racer, Harrison Hoey. The battle for the win was rife between Jack Winter and Benito Montalbano at that stage of the race – the pair was battling with mere corners to go when the red flag came out. 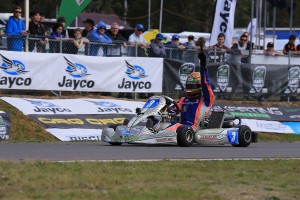 Officials declared the race and took it back to the previously recorded lap handing victory to Winter over Montalbano and Tyler Everingham.  Jack Doohan will enter the final round with an almost insurmountable lead in the standings despite finishing 13th in the final.

Championship leader Jay Hanson maintained his position at the top of the standings after performing a calculating drive in KA 12. The massive field of young racers put on a wonderful display of driving throughout the weekend. William Seal was able to record a second placed finish after working hard throughout the weekend. Completing the podium was Cooper Webster who was up to his elbows in a final battle that, at times, had up to seven karts swapping positions.

The Australian Kart Championship presented by Jayco and Castrol EDGE now heads to Geelong Kart Club in Victoria for the season conclusion over the weekend of October 30-November 1.

All the information needed ahead of the final round can be found at www.karting.net.au. 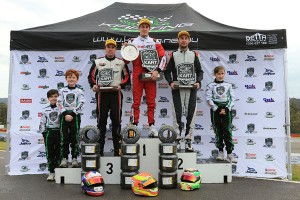 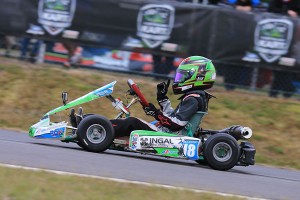 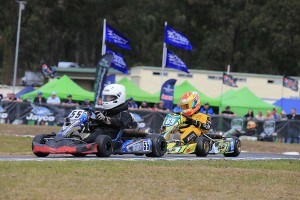