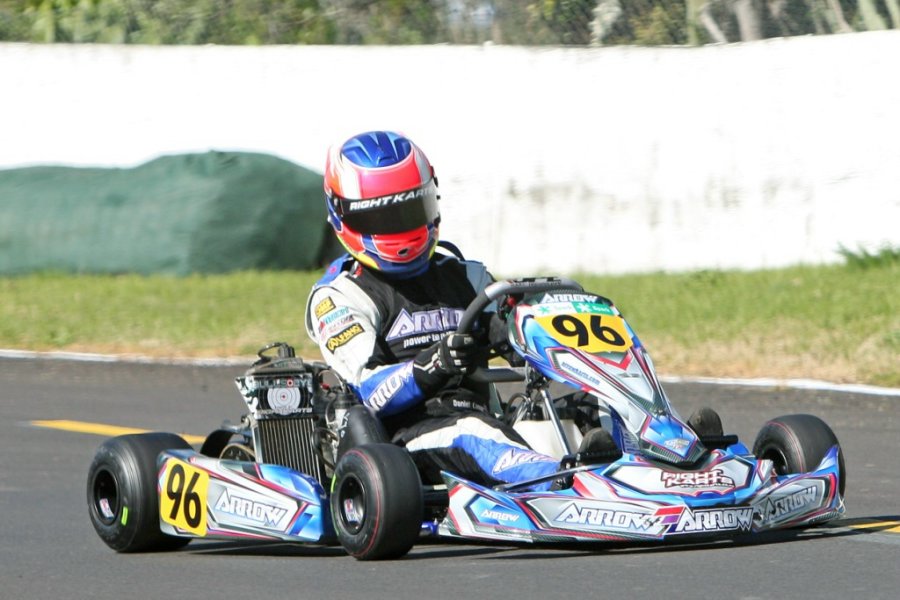 Comeback kid Daniel Connor has taken the points lead in the 125cc Rotax Max Light class after a edge-of-the-seat Final at the penultimate round of this year’s Logitech New Zealand Rotax Max Challenge series in Auckland over the weekend.

Connor, from Muriwai on the city’s west coast, has been playing catch-up since a battery issue at the first series round at Rotorua in late January. And though he was beaten to the finish line in the Final at the Kartsport Auckland club’s Strata Networks Raceway on Sunday – by long-time series rival and former class winner Mathew Kinsman – he scored enough points to finally wrest the series’ lead off Palmerston North international Josh Hart, who finished the Lights class Final fifth. 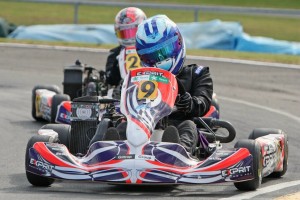 Connor and Mathew Kinsman were the class of the Lights field over a weekend of mixed weather and fortunes, Connor qualifying on pole and winning the opening heat and Pre-Final and Kinsman winning the second (heat) and Final, the latter from Connor and Schofield with Hart sandwiched between Hamilton drivers Campbell Joyes and Rhys Tinney in fifth.

Consolation for Hart came in the other class he has been contesting at recent Rotax Challenge rounds, DD2, winning the Final and with it the round.

There was a new round winner, meanwhile, in the Junior Max class with young Pukekohe driver Matthew Payne qualifying quickest and winning the first heat, Pre-Final and Final, the latter from defending class title holder and New Zealand representative, Dylan Drysdale from Palmerston North.

With an impressive series points lead already, Drysdale had nothing to prove, but with the win, 12-year-old Payne marked a unique double.

He also elevated himself from fourth to second in the series’ points in the Junior Rotax class with one round to go. 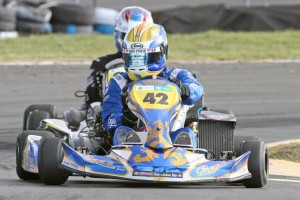 Like Dylan Drysdale, defending DD2 Masters class title-holder Ryan Urban already has one hand on the 2015 class trophy after another Final win at Auckland on Sunday.

He didn’t have it his own way on Saturday, or even Sunday morning, however, with both Christchruch’s Tiffany Chittenden and Auckland’s Stuart Marshall pipping him for pole in qualifying and Marshall winning the second heat and Pre-Final.

But when a shower swept across the track early in the Final, Urban used all his considerable skills to continue at pace on slick tyres, putting a lap on everyone else before the chequered flag finally came out.

Class winner at Tokoroa, Australian driver Scott Howard struggled with a down-on-power engine on Saturday but came good on Sunday after an engine change with sixth place finishes in both the Pre-Final and Final.

This year’s Logitech New Zealand Rotax Max Challenge Series is again twinned with the KZ2-based ProKart Series, with over 100 karters from as far afield as Dunedin and Whangarei making the trip to KartSport Auckland’s track on the Rosebank Domain in the city’s near west for the weekend meeting.

KartSport Hamilton hosts the final rounds of both series next month. 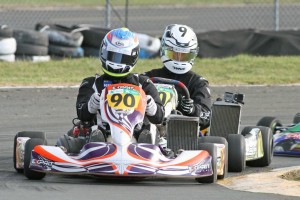