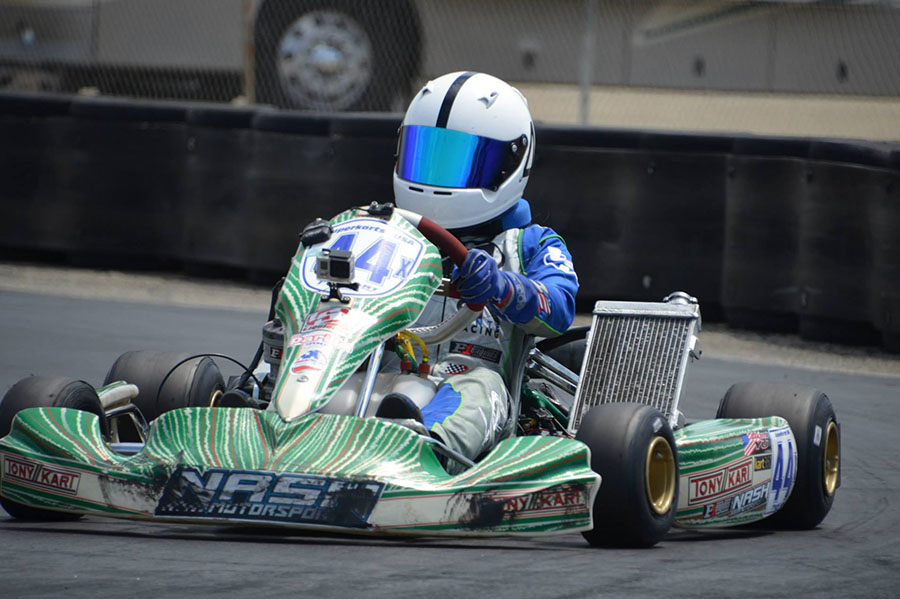 Another exciting event went into the books for the Los Angeles Karting Championship program, with the fifth round of the 2015 season completed at the CalSpeed Karting Center in Fontana, California on July 19. Entries increased from the June event, with the weather changing things up as rain fell for some of the racing action on the schedule. On-track around the Sportivo layout, 11 drivers swept the day to earn victory, with a number of them recording their first triumph of the season.

The Mack Motorsports PRD 2 division continued its growth on the season, reaching the 25 driver mark this weekend for its highest count on the year. Dante Yu swept the action on the day, earning his first victory of the season. Yu posted the fastest lap in qualifying with a 44.448-second lap time. Leading all seven laps of the Prefinal, Yu was challenged throughout the Final by two-time race winner Jake Drew. The two drivers went back and forth, as Yu secured the top spot and went on to reach the checkered flag by 1.6 seconds, becoming the third different winner on the season. Drew ended up runner-up with Anthony Sawyer winning the battle for third ahead of Hannah Grisham and Dick Yu. 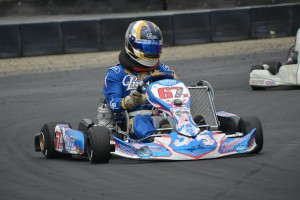 Andrick Zeen made his 2015 debut in TaG Senior, scoring the victory (Photo: LAKC.org)

Twenty-two was the number of drivers in the competitive Adams Motorsports Park TaG Senior category with another strong field battling for the win. All of them chased one driver, Andrick Zeen, as he swept the day. Qualifying was a close battle for the fast time, with Zeen’s 43.415-second lap coming out on top, squeaking by Matt Johnson by only two thousandths of a second. Off by two more thousandths was Carlee Taylor, and another three drivers were within nine hundredths of Zeen’s time. Zeen held off Johnson for the win in the seven-lap Prefinal, and then led all 17 laps of the Final for his first victory of the season in his 2015 LAKC debut. Johnson was shuffled back at the start, leaving David Vasquez to earn second ahead of Taylor. Cody Kelleher drove to fourth with Johnson climbing back to fifth.

The Comer divisions combined for 25 drivers on the day, with Dakota Tate winning Fleming Racing Engines Jr. 1 Comer category while Chance Gibson continued his feature streak in the Empire Karts Jr. 1 Comer Pilot class. Cole Keith Cotham began the day as the fast driver in qualifying, posting a lap three tenths clear of the field. Cotham led seven of the eight laps in the Prefinal for the win, with Tate putting up the fight. At the start of the Final, Cotham was shuffled back and out of contention. Tomas Meija took the lead on the opening circuit, leading the first seven laps until Tate took over the point. From there, Dakota pulled out to a nine-second advantage for his first victory of the season. Meija drove to second with Carson Morgan third. Carson Mallett and Aden Dodge completed the top-five. Gibson qualified first in the Pilot category, but suffered trouble in the Prefinal to allow Cooper Hicks to score the race win. Gibson fought back in the Final to earn his fifth victory of the season. Carson Kragh and Hicks made up the podium. 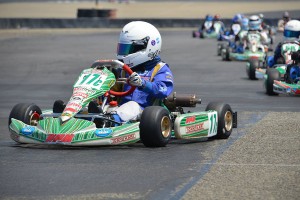 Ryan Schartau led the way throughout the day in the TaG Cadet division (Photo: LAKC.org)

Miles Calvin became the first double winner on the season in the MMK PRD Senior Pilot category, which saw 15 drivers take part. Calvin and others began the day chasing Alyssa Yauney, as the Round Two winner edged out Calvin for the fast time in qualifying. Yauney led the Prefinal wire-to-wire, earning the pole position for the main event. She would lead only the first circuit, dropping down the order and out of the lead pack with Calvin taking the top spot. He led the remaining nine circuits for win #2 on the year. Derek Esquibel drove to second while Riley Dugan finished third ahead of Kanji Takagi and Drew Zeller.

Ryan Schartau has two wins on the year in the DR Kart TaG Cadet class, opening up the season with a victory and scoring the triumph in Round Three. Schartau continued his odd round winning streak, sweeping the action in Round Five. Ryan clocked off the fast time in qualifying as the only driver under the 48-second lap. Schartau led all laps of the Prefinal, and the dominated the Final to a four-second advantage. Round Four winner Oliver Calvo was runner-up ahead of Colin Queen, Cole Keith Cotham and Round Two victor Joseph Daniele.

Smokin Fast Racing S3 Novice Stock Moto bolstered a record number of 14 drivers for Round Five, welcoming its fourth different winner of the season in Aaron Schmitt. By four tenths of a second, Schmitt landed the pole position in qualifying. He then went on to lead all eight laps of the Prefinal for a three-second advantage before leading the entire 19-lap Final by two seconds at the checkered flag. Round Two winner KC Cook landed second with two-time winner Royal McKee third. Round Three winner Dekota Fripp and Andrew Murowatz completed the top-five. 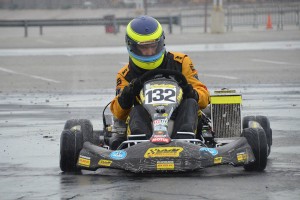 Two win streaks came to an end on the weekend in the TM Racing Open Shifter division and CRG of Southern California TaG Master category. Billy Musgrave entered the weekend with four straight main event wins. Musgrave led through qualifying and the Prefinal, beginning the Final as the leader. A mechanical issue struck and force Musgrave to retire, ending his win streak. That put Slava Prikhodko into the lead, going on to the victory. Kris Valdez and Alan Michel joined him on the podium. Nick De Graaf stopped the Erik Jackson train in TaG Master. De Graaf qualified first, edging out Tony Rossetti for the fast time by 27 thousandths, with Jackson placing third. Jackson shined in the Prefinal, winning by more than six seconds over Tom Ricketts. De Graaf bounced back in the Final, taking the top spot back early, and going on to his first victory of the season. Jackson finished second with Rossetti third.

Another streak was put to an end in Acceleration Kart Racing S4 Super Masters Stock Moto division, as John Crow triumphed in the Final. Four-time winner Kalvin Chen set the pace in qualifying and the Prefinal. Chen suffered a mechanical issue early in the main event, giving Crow a clear path to the win over Chris Curtis and Sean Bond. 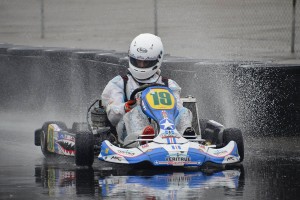 Zachary Martinez became another first-time winner in 2015 as he swept the HMS Honda Kid Kart class. Martinez just beat out Logan Ainsworth by 79 thousandths in qualifying, then held off Dane Idelson by 95 thousandths in the Prefinal. Martinez put the foot down in the Final, breaking away to score the victory. Idelson ended up second with Gaven Perez in the third position. Bryan Bender added another victory to his credit in Phil Giebler Racing PRD Masters division, as did Connor Funk in the iKart West Senior PRD class, each sweeping the day. Bender outran Scott Brown and Bob Montgomery, while Funk outlasted Tim Meyer and Jacob Pope.

The LAKC racing family will gather once again on August 16 for the sixth race of the season at the CalSpeed facility. For more about the 2015 Los Angeles Karting Championship program, please visit LAKC.org and ‘Like’ them on Facebook.