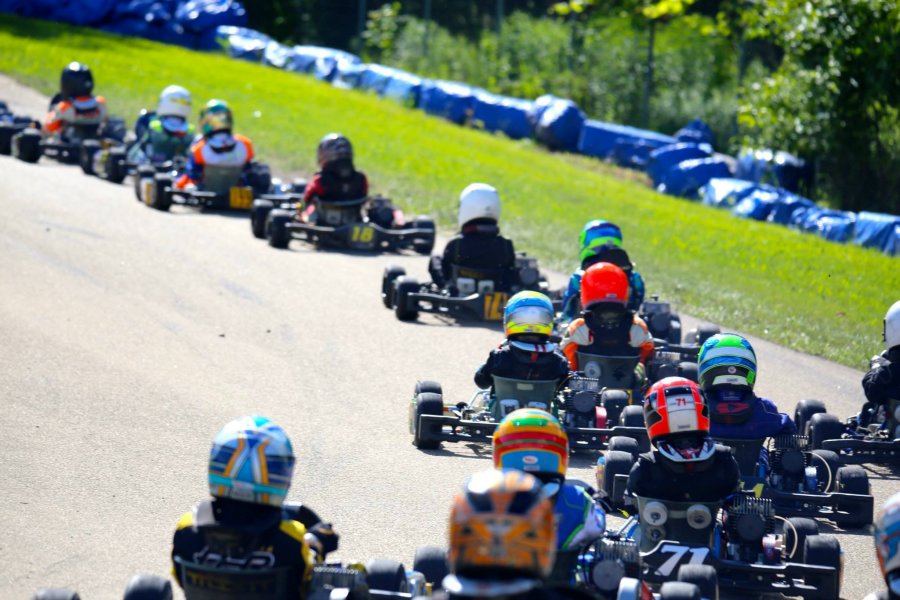 eKartingNews.com is scheduled to be at the MRP facility all weekend long, providing the EKN Trackside Live broadcast. Family, friends and race fans can tune into ekartingnews.com/live all weekend to hear live audio from trackside, along with viewing live timing courtesy of Race-Monitor.com. Daily race reports will be published daily on the site’s home page, updates posted to the Official Discussion Thread, along with breaking news, photos and other links on the EKN Facebook, Twitter and Instagram accounts.

Today, EKN begins a preview of the championship contenders and includes the provisional entry list in the Mini Rok Cadet, Yamaha Cadet and Yamaha Rookie divisions. On Wednesday, a look at the Leopard Junior and Yamaha Junior contenders in addition to the new Rok Cup categories that compete on Friday and Saturday, with Thursday reserved for the Leopard Pro and Yamaha Pro categories. 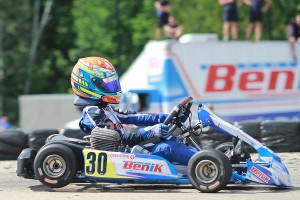 Lachlan DeFrancesco looks to build on his Round Four victory, and the championship lead going into South Bend (Photo: EKN)

Three different drivers have reached the top step of the podium in the four rounds of the USPKS program in the Mini Rok Cadet division. The latest was Florida driver Lachlan DeFrancesco, as the Benik driver propelled himself to the top of the championship standings. The only driver to finish inside the top-three in all four main events holds a 129 point lead at the halfway point of the championship chase. While not yet on the entry list, along with a host of others, Lachlan will be in South Bend looking to extend his championship lead. Trailing is Round Three winner Sam Mayer. The Franklin Motorsports / Merlin driver has two runner-up results to his credit, but a poor finish in Round Two equates to the gap in points between he and DeFrancesco.

It was a tough weekend in Shawano for the two-time winner Nicholas d’Orlando (Tony Kart). The New York driver suffered a DQ in Round Three after landing inside the top-five. That and missing the top-five Sunday have dropped him from first to third in the standings at the halfway point, needing another double win weekend like he did in Mooresville to put himself back in the title chase. Robert Noaker III (Merlin) is fourth in the standings with one top-three finish to his credit, while two third-place results in Shawano by Ugo Ugochukwu (Tony Kart) have put him fifth in the standings, as the top-five sit all within 300 points. 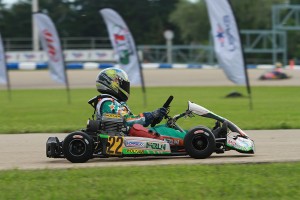 Sam Mayer continues to show the way in the Yamaha Cadet standings, looking to increase his win total for 2015 (Photo: EKN)

Franklin Motorsports / Merlin pilot Sam Mayer remained the championship leader in the Yamaha Cadet division following the Shawano event last month. Earning the victory in the first two rounds held at the GoPro Motorplex, Mayer added a third and second at the US Air Motorsports Raceway in June to keep the top spot in the standings. Mayer is the only driver thus far to finish in the top-three in all four feature races this year. Round Three winner Jason Welage was able to close the gap some following the Shawano weekend, as the Top Kart driver now trails by 65 points in the standings. Welage has four top-five finishes, placing runner-up to Mayer in Mooresville back in April, placing fourth in the shortened Round Four feature.

Mini Rok Cadet point leader Lachlan DeFrancesco (Benik) enters South Bend third in points, with his best finish of the season a runner-up to Welage in Round Three. Tyler Maxson (Benik) is the third different winner on the season, classified as the winner in the shortened Round Four main event last month in Shawano. It was the first podium finish of the season for the Yamaha Rookie graduate. The battle for fifth includes Robert Noaker III (Merlin) and Madison Campeau (Praga). Both are tied after four rounds of racing, with Noaker’s best result a fourth in Round Two and Campeau a sixth in Round Three. 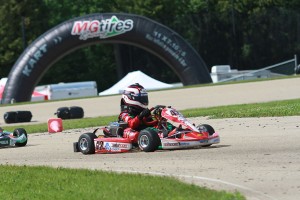 Three wins on the season has Donald Whorton II (Tony Kart) at the top of the championship chase in Yamaha Rookie. Whorton swept the opening round of the season, nearly doing the same in Round Two in route to the victory in Mooresville. The driver from Virginia just missed out on the win in Round Three, but bounced back for his third on the season Sunday in Shawano. Aidan Hinds (Praga) is the only driver to beat Whorton in a feature race, and trails by 215 points in the standings. Hinds has finished in the top-five for all four feature races, including a runner-up and third at the second and fourth rounds.

Lucas Smalec (Merlin) leads a large group fighting for the third position in the standings. His best result was runner-up in Shawano on Sunday. Owen Mahle (Top Kart) has been third twice this season, and is just 19 points away from Smalec. Isaac Beekman (Praga) was fifth twice with Conner Churchill (Tony Kart) coming on as a heat race winner both days in Shawano.