Pre-Event Testing – A Necessity or a Detriment to the Sport? 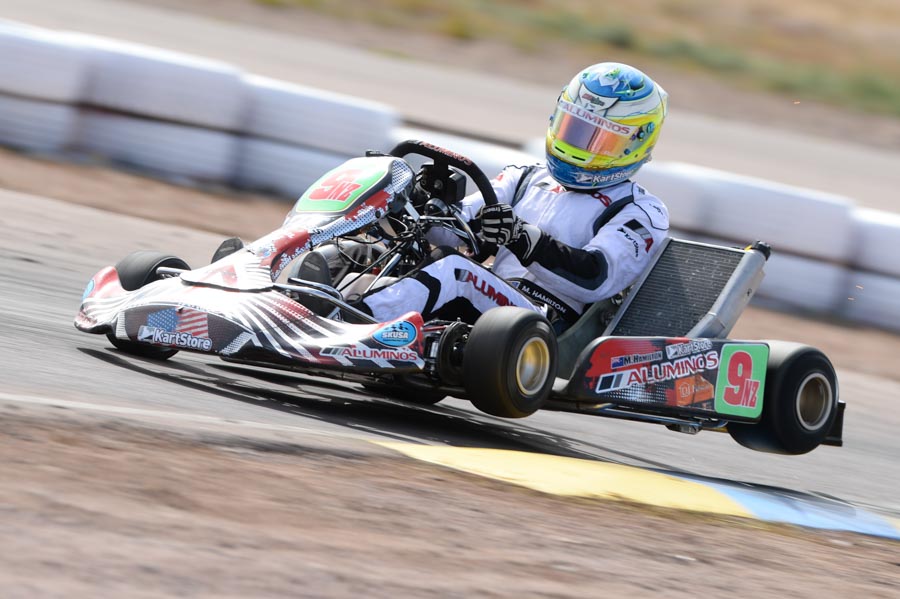 If you’ve been around the sport of karting for an extended period of time, you’ve had the opportunity to watch the evolution of race weekend scheduling. We’ve went from the week-long summer karting festivals that were the old-school, well-attended IKF Grand Nationals to tight two-day events to extended three-day race weekends with Friday practice and now, in some cases, five-day events with unlimited testing. When I started racing in 1995, my kart club rocked and rolled through a five-class Saturday morning schedule in about five hours, running from 8:00 am to 1:00 pm to make room for the rental karts that actually made the track money. It was a seven-day-a-week amusement park when we weren’t enjoying our events, so we couldn’t practice at all. We ran the traditional morning practice, two heat races and a main event each race day; pea-picking for the first race, inverting for the second, and then starting the main based on your accrued points. It’s a basic club racing approach that teaches drivers to pass, and not just run away from the competition each race with blinding speed. For me, I practiced when I raced. That’s what my budget allowed and I was happy as I could be.

But this column isn’t focused on the racing itself, but instead on the amount of practice that drivers are or are not getting, as the case may be. Over the last 20 years, I’ve listened to countless comments and discussions on open practice for major national and regional events. In the late 90s and early 2000s, not many people travelled to tracks to test prior to major cross-country events. The costs, of course, didn’t make a lot of sense. You were essentially doubling your racing budget by testing at a facility across the country. That’s what you did when you tested at home. I remember talking with the top factory and national teams from NorCal, guys like Trackmagic, Leading Edge, KLS Racing and CTS Race Karts, who believed that they could learn everything they needed to by testing at Dixon, the challenging and well-known bullring. Guys who travelled to test at the track early were almost considered to be ‘cheating’, or at the very least using their big budgets to sidestep the spirit and intent of the sport and the paddock community. These days, pre-event testing is not just the norm, it’s considered to be almost required. We complain about the cost of karting, but we’re all OK with doubling travel expenses to get in track time on a surface that will be much different come race time. In the 2000s, events would hold a full practice day on Friday, which was more than enough for most drivers to get a handle on the track. Yes, there was a little home track knowledge, but that was part of the game. If you were located in the right region, the series would eventually run an event in your backyard and you’d have the headstart. 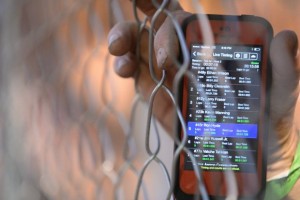 If we follow the timeline, as teams started to add more and more pre-event testing in the mid-2000s, Paul Zalud’s Snap-On Stars of Karting series made the decision to limit pre-event testing by locking down the track, attempting to close down the facilities for the week leading up to the race. They also signed up for the labor-intensive and cost-heavy approach of running temporary circuit races to help save the teams and drivers from themselves. Zalud invested considerably in making sure his series finales were held on temp circuits, always trying to keep the costs down for racers. During the series’ run in the mid-2000s, we all attended National Finals on temp circuits at Disney World in Orlando, the Woodbine Race Track in Toronto and a couple races on the infield pavement at the Las Vegas Motor Speedway. Not surprising, this is one of the key benefits that racers love about temporary circuits. They provide a level playing field. This was part of the motivation by former Superkarts! USA president Jim Murley when he took the SuperNationals from the Las Vegas Karting Center in Sloan, NV to the Rio in 2002 and then Sam Boyd Stadium in 2004. The SuperNationals have not been held on a purpose-built track since 2001.

Aside from the temp circuits, the sport’s acceptance of more open testing has been growing over the past 8-10 years. Things started to change when the Florida Winter Tour became a larger part of the sport’s national scene, attracting teams from all over North America. Over the years, under Bill Wright’s leadership, the FWT developed a solid business model, one that was very lucrative for the tracks that supported the series and hosted events. Practice was left wide-open heading into the weekends, as drivers trekked down from the winter climates of the north to get in a week of ‘karting vacation’. There were many drivers who practiced and tested before the FWT event, having not driven since the fall. Once the FWT went to back-to-back weekends, teams would remain at a track for the mid-week days between the races, testing every day. The three-day race weekends from the FWT’s initial years in the late 90s and early 2000’s became essentially two-week-long ordeals.

Regardless of how much testing is actually being made legal and available is one thing, but the real question is just how much testing do drivers actually need. And that’s one of the questions that I’m asking to all of our readers. This isn’t a commentary on what I believe is needed or how I think testing is affecting the sport. It’s merely fueling some discussion so that the different organizations can view the feedback. How much testing is needed for a major national or regional event? Is a full day of testing on the Friday prior to the race weekend enough? Is extending the practice to Thursday AND Friday better for drivers who need to travel into the event? Is it enough to cancel the need for a separate trip? Or…are we giving our racers too much testing? If they’re trying to graduate to cars, I can tell you this…they better not get too used to days and days of on-track testing for an event. In the Mazda Road to Indy, as is the case with all the leading development cars series, track time in very limited. You’ll likely get a couple 30-minute practice sessions ahead of qualifying and two races. If you need a couple days of hardcore testing to get up to speed, you’ll be way behind the eight ball once you get into a car program. 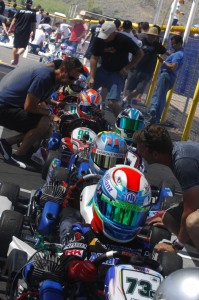 As I see it, we’re going in the other direction, and I’d love to get the feedback from racers on this trend. What do you guys really want? The new Rotax US Open series extended its program to three days of actual competition, which are preceded by two full days of practice. Superkarts! USA has traditionally locked down the track for a full week before a Pro Tour event and they’ve often run a different track configuration, which was off-limits for a month or so before the race. For the upcoming SummerNationals at New Castle, Thursday practice is now open and is being run by the track. In these competitive times, do these extra practice days help those who are travelling in from long distances? Is it cheaper to add one day of practice to an event in an effort to replace a full trip to the track in the weeks prior to the race? (Editor’s Note: I should have also added in this segment centered on the current approach of the sport’s major series that the USPKS has a note in their rulebook stating that “Testing Monday thru Thursday the week of the event will not be permitted…. Anything outside of a rental kart is not allowed”. This has been the approach by SKUSA as well).

The last component to this argument remains the usefulness of testing a couple weeks before an event, considering the fact that the track will be undoubtedly different once the rubber is laid down by 200+ karts. Is it useless testing? Is it detrimental for a young driver to be given so much time to come up to speed? Or…is the level of competition these days so close that if you don’t test, you just won’t be able to catch up over the two days of Saturday-Sunday competition.

From where I sit, I’m simply struck by the contrast in the mindset from the early 2000s to 2015 karting in North America. The conversations are still similar, however. It’s the same argument as Y2K. Do we restrict testing heading into a race, which keeps costs down but provides an increased home track advantage, or do we open up testing to level the playing field and provide increased revenue for the track and the teams?

Your thoughts? Comment below so we can start a meaningful discussion with actual racer input.