Multiple wins and podiums across two weekends of racing 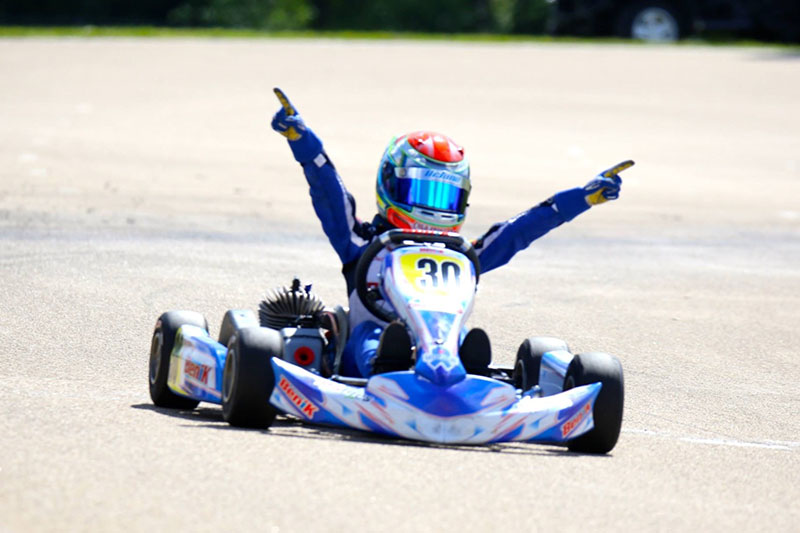 On Sunday Gold and DeFrancesco traded places, with Lachlan taking the checkered flag for the win and Reece taking the second step on the podium.

After the success of the Route 66 weekend, Team BENIK turned its attention to USPKS competition June 19-21.

On Saturday, Lachlan DeFrancesco ran second in Yamaha Cadet after leading the entire race. He was running in the lead with only two corners to go, but was passed by Jason Welage at the last minute. DeFrancesco also ran second in Mini ROK on Saturday.

Reece Gold started on pole for Sunday’s Yamaha Cadet race. After a first lap incident and another on the restart, the race was postponed to allow drivers to repair damage. When the race restarted, Tyler Maxson took the lead and would remain there, winning the shortened final. Three of the top six finishers were Team BENIK drivers.

In Mini ROK, qualifying brought a BENIK 1-2, with Lachlan DeFrancesco on pole and Reece Gold starting second for the first heat race. Gold took the win in heat one, with DeFrancesco taking first place in the second heat. In the final, DeFrancesco started 11th, taking the lead on lap two and running away from the field for the win. Reece Gold and Tyler Maxson finished in the top-five, giving Team BENIK three of the five podium spots.