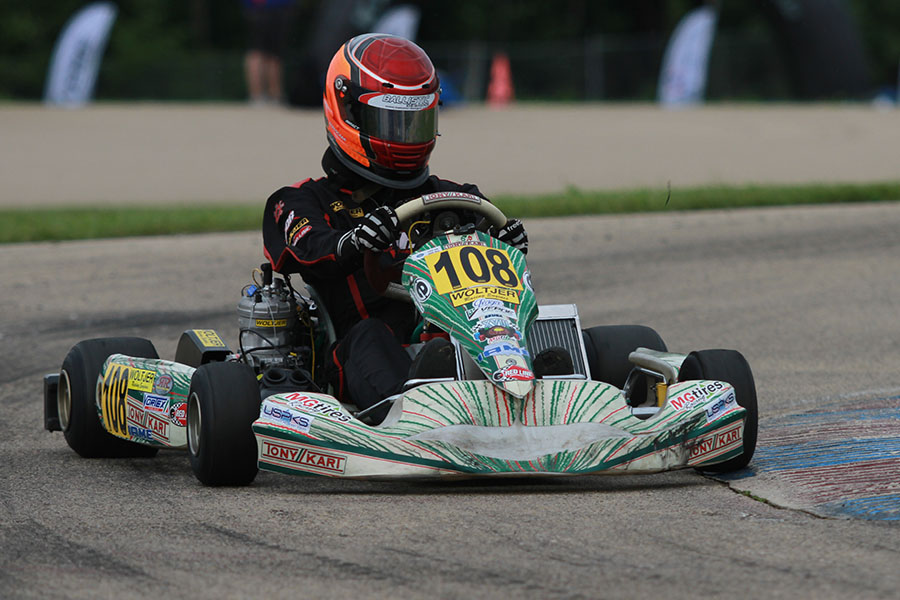 The eKartingNews.com TaG Driver Rankings standings now is welcoming over 400 drivers competing in events over the last 12 event. From all points of North America, racers from all different backgrounds and tracks continue to search for that extra tenth of a second or the advantage over the rest of their competitors. TaG racing at the national stage is at its highest point, with large fields coast to coast. The one driver everyone now is chasing in the EKN Driver Rankings standings is Pennsylvania’s Brandon Jarsocrak.

The Tony Kart driver finished sixth in last year’s USPKS program, and earned his first ever series victory back in April at the GoPro Motorplex. With a solid result at the SpringNationals aboard an iKart, following it up with another top-five finish at the recent USPKS event in Shawano, Jarsocrak has moved into the top position. His promotion demoted former #1 driver AJ Myers. The PCR pilot for Checkered Motorsports is spending his summer in Europe racing for Scuderia PCR, with a possible return to the United States in late July. As such, he’s has not recorded a finish since April toward the Driver Rankings and lost his first USPKS victory from last year in South Bend, which helped propel him toward the series championship.

Moving up into the third spot of the standings is the ‘Ironman’ Dustin Stross. After a brief stint with Top Kart to start the season, Stross is back aboard the Tony Kart and added two top-four results at the USPKS Shawano event. Remaining fourth is Elliot Finlayson. The Illinois driver came back from a wreck in a damp heat race, damaging his Tony Kart machine heavily. Adjusted back to normal as best as possible, he drove to a fifth place result in the main event with the third quickest lap of the race. With a new chassis, he drove to third, backing up his win to close out the 2014 season.

Dropping out of the top-three is former #1 Jake Craig (Formula K). The SoCal driver is among the SKUSA Fikse Wheels Pro Tour championship contenders after the SpringNationals in Phoenix. His points remained unchanged since the May release, with both Stross and Finlayson improving their scores. Fellow Cali driver and last month’s ‘On the Move’ Mason Marotta drops just one position to sixth. The Ryan Perry Motorsport driver’s score remains unchanged as well, looking for more than one podium finish at the SummerNationals to keep him in the title hunt.

Derek Dignan improved his score a few points but remains in the seventh position. The KartSport North America / FA Kart driver won the opening round of the Rok Senior championship that began with the USPKS Shawano event, and is going to focus on earning that title moving forward in 2015. Up nine spots to eighth is Oliver Askew (BirelART). It has been a busy 2015 season for the Florida driver, competing at the FWT to finish second in the standings. His focus has been Rotax this year, and is racing at the Rotax Euro Challenge. Askew just clinched another Rotax Grand Finals ticket at the US Open event last weekend.

Daniel Roeper (BirelART) drops to ninth, riding off his runner-up finish at last year’s Rotax Grand Nationals and Pan-American Challenge events. FWT champion Kyle Kirkwood remains in the tenth position. The Ocala Gran Prix / Tony Kart driver has been focusing on the transition to cars in the last few months after securing the Rotax Grand Finals ticket with the FWT title.

Dropping out of the top-10 is the new ‘Ironman’ Andrick Zeen. The Praga North America driver has been racking up the frequent flyer miles with his travels from California to the east coast, competing in the USPKS and WKA events. After two wins at the Manufacturers Cup Series return to Badger Kart Club, Zeen landed two top-12 results in Shawano for the USPKS. 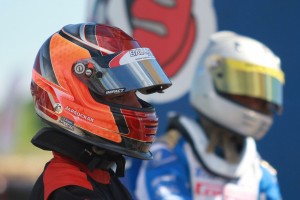 It’s been a quick rise to the top for Brandon Jarsocrak. Moving to the Senior division last season, the Pennsylvania driver contested both Yamaha and Leopard Pro at the United States Pro Kart Series. Brandon swept the Yamaha weekends, earning $4,000 on the season and the championship. In Leopard, his pace continued to improve with each weekend, finishing up the season sixth in the standings. ‘Money’ earned his first Leopard Pro victory in Mooresville this April, leaving as the championship leader. The following weekend, he traded in his Tony Kart for an iKart, putting himself in podium contention. The latest USPKS event in Shawano was up and down, ending in an upswing with a fourth place and retaining the point lead. 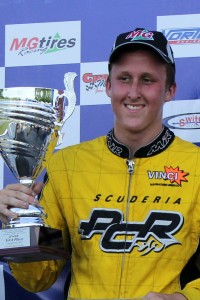 The last two months for Myers has probably been very memorable for the Florida pilot. After winning the USPKS Leopard Pro title and scoring a podium in the KZ2 category at the SKUSA SuperNationals, Myers set up a program to live in Europe, competing with Scuderia PCR. While that has limited his racing time in the United States, the experience of racing overseas is something a small percentage of racers get to sample. With a return to the United States forthcoming, Myers could still add in some results to help his position in the standings. 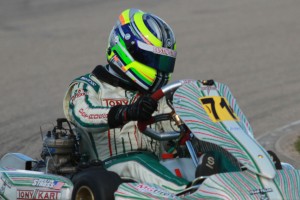 The ‘Ironman’ continues to power his way through races across the country. Stross has elevated himself in the standings thanks to a solid last 12 months, especially at the USPKS program. The Florida driver scored two podium finishes in the last three races, jumping right back toward the front, earning four top-10 results including a runner-up in the Sunday feature in Shawano. Stross is now in the second position in the championship standings at the halfway point, still looking for that elusive Leopard Pro victory in his third year in the category. 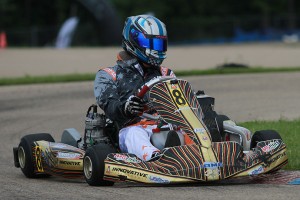 A former top-20 pilot in the EKN Driver Rankings, Tommy Andersen is making a return into the top-50. Andersen returned to driving after focusing on his opening years in college. His return came at the regional level and led to the Route 66 Sprint Series championship in 2014. For 2015, he’s back at the top level, competing at the USPKS program with the Innovative Performance squad out of Wisconsin. Andresen had his best weekend at the Shawano event, placing inside the top-10 in both features and nearly landing on the podium Sunday.

Each race is initially weighted based on the prestige and history of the event or series with a score of ten (10) being the highest attainable base ranking. For 2015, the SKUSA SuperNationals and US Rotax Max Challenge Grand Nationals receive a score of 10 in their initial weighting in the TaG category while the SuperNationals is the lone event in the Stock Moto division. The SKUSA Pro Tour series events draw a base ranking of nine (9), as does the United States Pro Kart Series, Florida Winter Tour Rotax Max Challenge, Rotax Challenge of the Americas. Other national and regional program races were given a base ranking of either 8.5 or 8.