Leesmann improves on lead over Musgrave and White 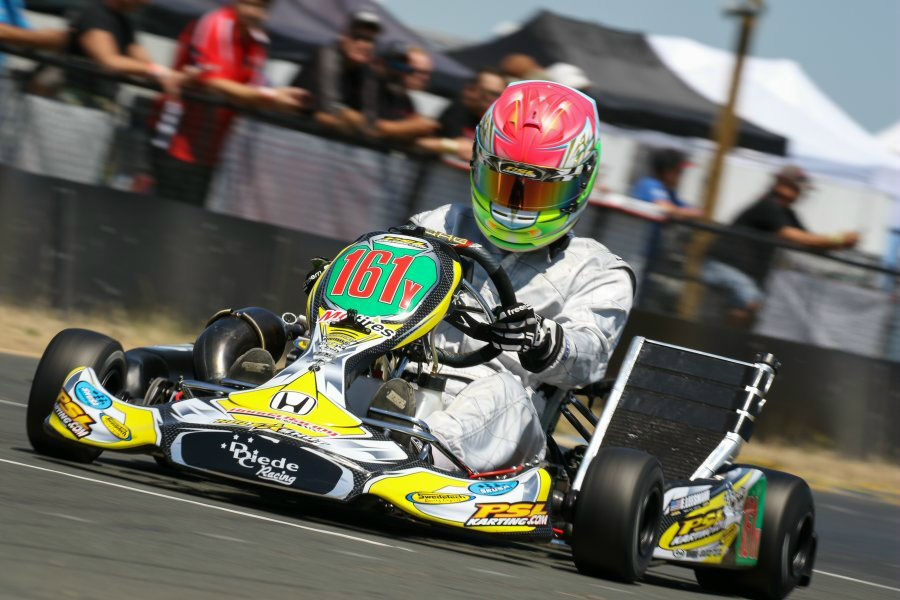 The 2015 calendar year is at the halfway point, six months down, six months to go. The racing season is very much over mid-point with the regional and national programs already there. For Stock Moto racing, the growth continues with the driver count eclipsing the 250 mark. The lead at the top grew by a few as well, with Fritz Leesmann retaining the top spot in the EKN Stock Moto Driver Rankings.

The two-time SKUSA Fikse Wheels Pro Tour S1 Pro champion is back to title contention form, reunited with the Diede family and the CRG chassis. Leesmann was runner-up in both features at the SpringNationals, and won his only regional outing this season. Locked in the second position is former #1 driver Billy Musgrave. The MRC/Praga driver was top-five at the SpringNationals, earning a podium result, and remains in the title chase at the California ProKart Challenge.

Ron White and Jarred Campbell remain in the third and fourth positions in the Driver Rankings. White (CRG) lost his California PKC win from last year, replacing it with a fifth last month in Sonoma to only lose 10 points thanks to a larger, talented field. Campbell (Praga) added a few more points to his credit with a runner-up to Leesmann at their home track.

Cody Hodgson has found a new home with Aluminos, and is performing well as of late. The Hawaiian native moved up to the fifth spot, demoting 2014 SKUSA Fikse Wheels Pro Tour S2 Semi-Pro champion Jonathan Kotyk (Top Kart) to sixth. Kolton Griffin (Tony Kart), another S2 graduate now in the S1 field, remains in the seventh position. Daniel Formal (DR Kart) moves up to the eighth spot without any new races, with Carter Williams (FA Kart) up to ninth. Austin Garrison and Oliver Askew each have fallen down the order with the removal of some 2014 events. Making his way into the top-10 is Matias Podboj (Mad-Croc). He is currently third in the California ProKart Challenge standings with two events remaining. 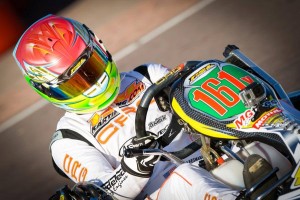 For only three races in 2015, Fritz Leesmann is among the best in North America. Two runner-up finishes to Rick Dreezen at the SpringNationals opened up the year, and a California ProKart Challenge victory at his home track in Sonoma are three results added to his SKUSA Fikse Wheels Pro Tour results from 2014. Leesmann score is sure to increase, improving on the Modesto Grand Prix results of last year’s SummerNationals when the program heads to the New Castle Motorsports Park in just three weeks. 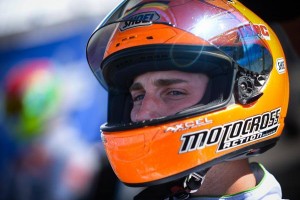 The last two seasons in California, Billy Musgrave has owned S1 category at the regional level. It was a struggle to keep up the torrid pace at the Pro Tour level, earning just one podium in 10 races. Musgrave stepped up at the recent SpringNationals, landing on the steps in the opening round, and nearly missed out on another top-three finish the following day. The MRC/Praga pilot remains in the championship chase at the California PKC program, chasing the younger Jarred Campbell with Adams and Streets of Lancaster Grand Prix remaining. Musgrave is looking to add another podium at the Pro Tour, as he along with a number of competitors make their first visit to the New Castle facility in Indiana. 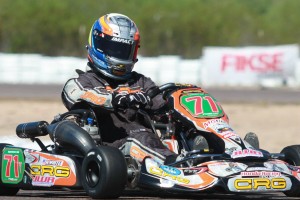 If you had to pick one driver to fill out an All-Star team, Ron White is among the drivers listed on everyone’s squad. Into his second decade at the elite level of shifterkart racing, the NorCal native remains a podium contender to this day. His last win came at the Streets of Lancaster Grand Prix in 2014, and another one could be just around the corner. The SpringNationals was not his best performance to date, however, a familiar New Castle circuit could be the location White returns to the podium steps. 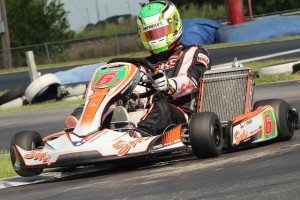 The SKUSA Stock Moto Ladder System has produced a number of drivers, beginning at the S5 Junior level while elevating toward the S1 Pro divisions and beyond. French’s journey in Stock Moto began in 2008, working into the S2 Semi-Pro and then the S1 division. Away for nearly a year, he came back in 2014 to finish just outside the top-10 in points in what was the most competitive season for S1 in the five year history of the Pro Tour. Now working with the Sodi brand, French is focused 100% on his karting efforts. Competing at the Texas ProKart Challenge, French has two wins and two runner-ups, battling with former Rock Island GP King of the Streets winner and Pro Tour S4 champion Jordon Musser.

Each race is initially weighted based on the prestige and history of the event or series with a score of ten (10) being the highest attainable base ranking. For 2015, the SKUSA SuperNationals and US Rotax Max Challenge Grand Nationals receive a score of 10 in their initial weighting in the TaG category while the SuperNationals is the lone event in the Stock Moto division. The SKUSA Pro Tour series events draw a base ranking of nine (9), as does the United States Pro Kart Series, Florida Winter Tour Rotax Max Challenge, Rotax Challenge of the Americas. Other national and regional program races were given a base ranking of either 8.5 or 8.