The Race for the European Titles Continues in Zuera 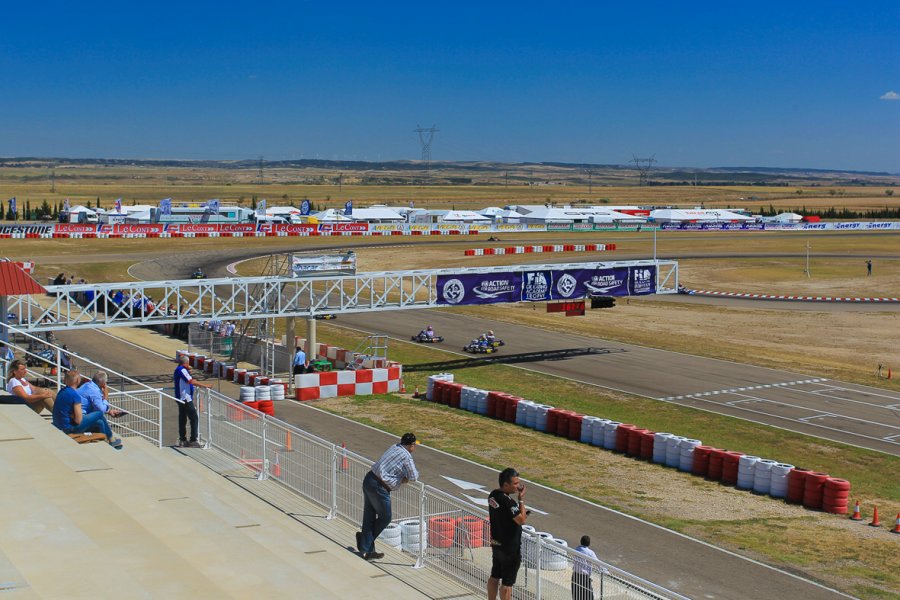 There is going to be a high-voltage weekend in Zuera for the second round of the CIK-FIA European KZ & KZ2 Championship. Today’s free practice took place on the circuit of Zuera in a summer-like climate, with the temperature which was always well above 20 degrees. This is a further obstacle for the 116 entrants who underwent scrutineering. The two six-speed gearbox categories arrived in Spain for the second out of three rounds of their Championship. But this weekend the facility in Aragon is hosting also the first round of the CIK-FIA Karting Academy Trophy, the single-make competition for junior drivers coming from 36 different countries from all around the world. Tomorrow morning, drivers are taking part in the first session of qualifying for the starting grid of the afternoon races. Drivers and teams are on a tight schedule: after the heats – on schedule in the evening – it will be time for the last and decisive phase of the event on Sunday. As usual, the media coverage of the championship is guaranteed by WSK promotion: the live streaming will be available on cikfia.tv and cikfiachampionship.com.

Teams set up their strategies before the race

Free practice took place today in Zuera. Drivers didn’t perform at their best to save some of their potential for the qualifying sessions of tomorrow morning. In the free practice, which started yesterday, the performance of drivers improved session after session. Evntually, the top positions in KZ were achieved by the Italian Flavio Camponeschi (Tony Kart-Vortex-Bridgestone), the leader of the current standings. He was the fastest with 1’00”020. Behind him the consistent French driver Anthony Abbasse (Sodi-TM-Bridgestone) 0”119 slower and the Italian Marco Ardigò (Tony Kart-Vortex-Bridgestone), 0”199 behind. In KZ2 the best lap was signed by Italian Lorenzo Camplese (Formula K-Parilla-LeCont), with 59”631, ahead of the Portuguese Yohan Azedo Sousa (Zanardi-TM-LeCont), 17 milliseconds slower, and the Italian Luca Corberi (Tony Kart-Vortex), 0”027 behind. Finally, the fastest in the Academy Trophy was the Spanish Alejandro Lahoz Lopez with 1’04”868, followed by the Russian Zakhar Slutskiy, 45 milliseconds behind and by the quick Spanish girl Marta Garcia Lopez, with a 0”080 gap.