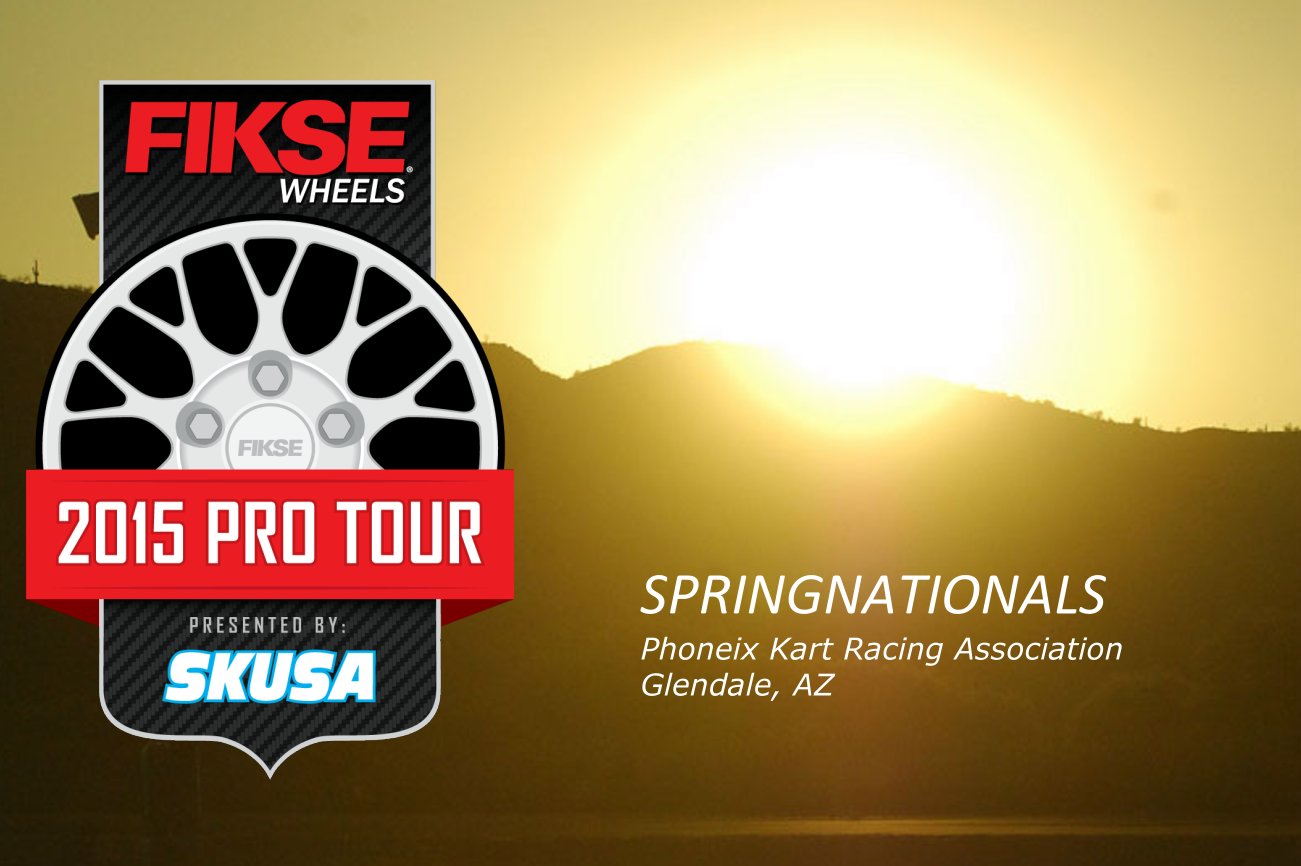 The 2015 season for the Superkarts! USA Fikse Wheels Pro Tour is set to begin at the Phoenix Kart Racing Association in Glendale, Arizona. The sixth season of the organization’s championship series is reaching new heights, welcoming new title sponsor Fikse Wheels, full television coverage thanks to a partnership with CBS Sports Network and Torque.tv, and another record breaking prize package well over $150,000 for the year. The future is bright, and the numbers showing with nearly 200 drivers set to battle in the four Stock Moto categories and the four TaG divisions.

This is the second trip for the Fikse Wheels Pro Tour to the PKRA facility in its current form, dating back to the early days of the organization with the ProMoto Tour debuting in Glendale. The 3/4-mile, 12 turn course is a mixture of technical and fast corners, including the famous ‘monza’ turn. 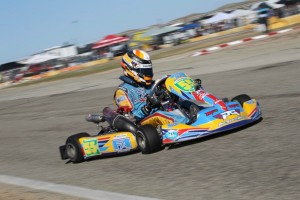 Carter Williams is among the new crop of drivers looking to emerge as a top driver in the S2 category (Photo: dromophotos.com)

The purpose of the Semi-Pro category, is to provide those drivers who are continuing to develop as a driver, gaining the speed and learning the race craft to propel them into the next step of the SKUSA ladder system. Year after year, the process has been a success, with a number of drivers graduating to S1 for 2015 from the S2 Semi-Pro division. That has opened the door for new faces to claim the championship, with a number of them trading in their TaG engine for the sweet feel of six-speed Honda powerplant.

On the east coast, Kyle Kalish was among the top TaG drivers, winning the USPKS title in 2013 and runner-up in 2014. For 2015, his focus is on developing as a driver, and making the transition to shifterkarts. The Franklin Motorsports / Merlin pilot is making his Fikse Wheels Pro Tour debut in the S2 division, which will be his second start in a Stock Moto entry after competing at the WKA Daytona KartWeek. A rising star in the TaG ranks is Pennsylvania driver Brandon Jarsocrak. Earning his first victory at the USPKS program last weekend, confidence is high with the 18-year-old as he makes the transition to the iKart brand. Showing well at the NESKS last season in KZ competition, Jarsocrak will do the double with S2 and TaG Senior.

Also showing well in the northeast has been the Bujdoso brothers Robert and Andrew. Each are representing the Checkered Motorsports / PCR operation. A longtime TaG front runner, Mason Chelootz is another debut in the S2 category. The longtime Top Kart USA driver, the Texan is set to make his mark on S2.

The SpringNationals will welcome some familiar names from the old ProMoto Tour. Texan Cody Jolly has returned back to the sport with 3G Kart Racing / BirelART. An 80cc Junior shifterkart front runner, and 2002 SuperNats winner in the K3 Novice division, Jolly was among the top drivers at the Texas ProKart Challenge opener. Darin Marcus last won a national shifterkart race more than 10 years ago, winning at the SKUSA Jacksonville event. Returning back to the sport a few years ago, Marcus is back to banging the gears and returning with a historic brand name under him. The Fullerton chassis is making a return, named and designed by legendary karter Terry Fullerton.

Young drivers making the transition from S5 Junior to S2 will continue to be in the hunt, following the success of 2013 S5 title winner Jarred Campbell. Former S5 Fikse Wheels Pro Tour champs Jim McKinney (2012) and Austin Schimmel (2011) are in this year’s SpringNationals field. McKinney (Tony Kart) is jumping back to six-speed kart after focusing on TaG competition in 2014 when he graduated to the Senior ranks. Schimmel is joining the PSL Karting squad, and piloting the new BirelART chassis. Carter Williams was among the top S5 competitors in 2013, and after some growing pains in S2 last year, is a prime contender for 2015. Williams (FA Kart) has started out the season with three straight victories at the California ProKart Challenge.

The top returning driver from last year’s championship standings is Miguel Lopez (GP). The Texas driver is entering his third season in the S2 division, finishing seventh in the title chase for 2014. Luke Shanahan (Tony Kart) is another driver to have shown speed in the past, and could be a factor on the weekend in Phoenix. Intrepid is coming off the victory at the SuperNationals, and Champion Racing has to drivers looking to continue that momentum. Harry Gottsacker has been working hard over the winter to prepare for the 2015, with former TaG driver Bryce Cornet returning with the Oklahoma-based team. 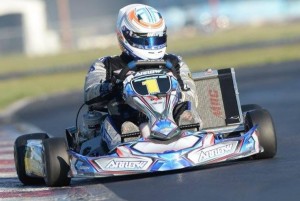 The 2014 season marked the second championship performance by Ethan Wilson since his inaugural title in 2010. With his absence from the Fikse Wheels Pro Tour this season, the door has opened for someone to take his place. It could be a second crown for former champions Scott Falcone and Paul Bonilla as they enter the SpringNationals. Falcone (KartSport North America / Arrow) is the most recent, earning the title in 2013, riding off a victory at both the SpringNats and SummerNats that season. 2012 was a monumental season for Bonilla, sweeping the SpringNats at PKRA that year, and earning a runner-up at the SuperNationals to clinch his first Fikse Pro Tour championship. Ironically, Falcone was vice-champion to Bonilla while Bonilla was vice-champion to Falcone. The same result could play out in 2015, with both drivers at the top of their game heading to Phoenix.

Some familiar names are making Fikse Wheels Pro Tour debuts this weekend. The Burris family is legendary to the sport of karting here in the United States. Among them, Derek Burris is set to compete in his first SpringNationals with Praga North America. Many will remember the name Chris Giumarra from the late 90s, early 2000s. The New Jersey driver is making his Fikse Wheels Pro Tour debut in Phoenix, working with Checkered Motorsports / PCR after earning a title last hear in the Gearup F-Series. 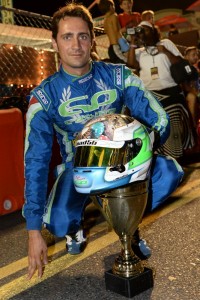 Defending S4 Master champion Gian Cavaciuti moves over to the Aluminos brand for his 2015 campaign (Photo: On Track Promotions – otp.ca)

The level of competition in the S4 Master category continues to increase year after year, and the roster for this year’s SpringNationals is another notch up the order. In total, three of the five former Fikse Wheels Pro Tour series champions will be in Phoenix, including defending champion Gian Cavaciuti. The GP factory driver is on a three-race win streak, after sweeping the SummerNationals in Modesto and clinching the title with victory at the SuperNationals. The Italian will move over to the American brand – Aluminos – which is part of the GP chassis family.

The past three seasons, Jordon Musser has been among the best, earning a SKUSA Fikse Wheels Pro Tour plate each year – winning the title in 2013, finishing runner-up a year ago and placing third in 2012. The 3G Kart Racing / BirelART pilot is looking to reclaim the title, winning in the S2 category at the Texas ProKart Challenge event. Looking back to 2012, it was almost a perfect score for Jimmy McNeil en route to the S4 title thanks to four straight wins. The CRG driver has spent the last three years competing in the S1 category with mild results. Returning to S4 at the SuperNationals last year, McNeil is back at it for the SpringNationals.

Among those without a title, the top contender has to the legendary Darren Elliott. A former star in the SKUSA ProMoto Tour during its early years, Elliott returned to full time karting a year ago and earned his first Fikse Wheels Pro Tour victory at the SpringNats. Finishing seventh in the standings, Elliott is primed to improve on that in 2015. Other familiar names include Robert Marks (CRG), Nick Firestone (DR Kart), John Crow (FA Kart) and Florida driver Richard Heistand (BirelART). The newest edition to the S4 group is former S1 driver Ryan Kinnear. Reaching the age of 30 this year, the Champion Racing / Intrepid pilot will have his hand against the elder statesman of the sport.