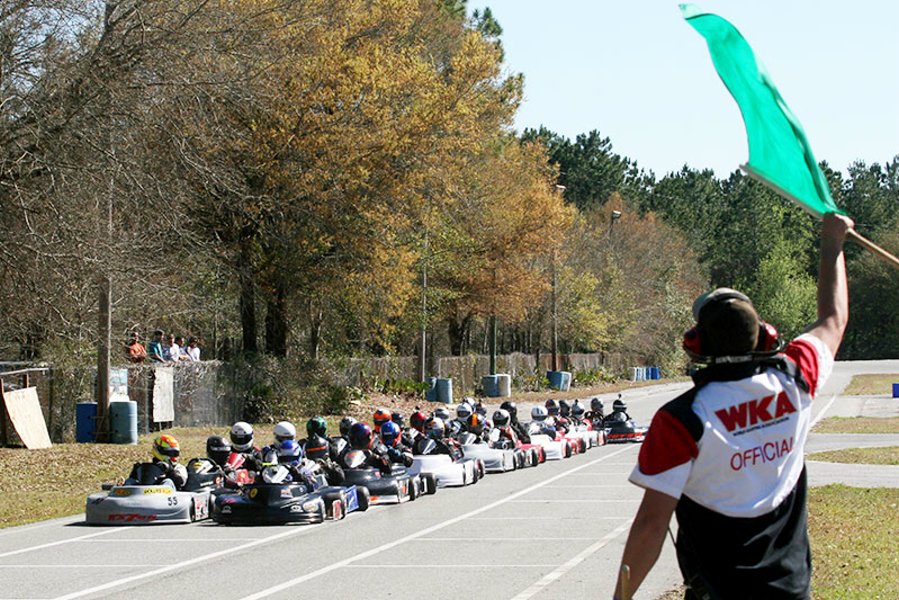 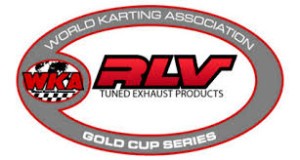 The opening round of this year’s World Karting Association Gold Cup Presented by RLV Tuned Exhaust is on the docket for this coming weekend (March 27-29) at the 103rd Street Sports Complex in Jacksonville, Florida. The WKA’s traveling four-cycle program is primed for a big year, with growth across the board and what is very likely the largest overall contingency program in the sport of karting.  The series offers Briggs LO206 engine categories for all age levels and features the quicker Pro Gas and Animal classes, as well.

The opening round has been sponsored by leading four-cycle chassis manufacturer Luttrell Racing and is tagged as the Ionic Edge Chassis Nationals, and from the pre-entries arriving at the WKA’s Charlotte, NC headquarters, the race will far surpass last year’s series kickoff.

“As of today, the pre-entries for the first race at Jacksonville have equaled that of 2014, which is great,” enthused new WKA Communications and Logistics Coordinator Buddy Long. “And knowing for a fact there are quite a few stragglers that have yet to enter, and plan on coming, this is an awesome start. I believe last year’s number was 240, with 50 entries in the three special races on Friday, making for 290. We’re looking to easily eclipse the 300-entry mark!!! Very excited to see that.”

“As for prizes and contingencies, Steve Baker has put together a great incentive program, which has exceeded $170,000 in product, money, incentives, and other prizes,” Long continued. “Tons of kart shops and engine builders have jumped on-board. Additionally, we will be offering $100-to-win in any classes, with the exception of Kid Kart, provided the classes have 10 or more entries. This has also been met with great enthusiasm.”

The prize package for this year’s Gold Cup includes purse money and a far-reaching contingency program spearheaded by Baker, a leading four-cycle engine builder.  Baker continues to push on the contingency front and is thrilled to see the industry stepping up to support a renewed excitement in the Gold Cup program.  World Karting and Ionic Edge Chassis officials have teamed up to provide the second positive note for the season opening event. The interesting twist on the $100 payday is the fact that the money may not necessarily go to the winner. Based on the current points system, drivers need to be up on the wheel in every phase of their qualifying, heat, and main event for BOTH days. The driver with the lowest point accumulation in his/her respective class over the two-day period will thus be awarded the $100.

To gain a better understanding of how the point system works, if a driver wins their main, they accumulate 0 points. The $100 will be awarded at the end of the weekend to the driver with the best success in their two main events in their respective classes. Ties will be broken by virtue of success in qualifying. For example, if a competitor sweeps the top spot in the Junior Pro Gas Animal Lite Class on Saturday, based on 10 entries or more in their class, they still have to come back strong and do their best to duplicate the same effort on Sunday to be in the running for the $100. With up to $1,000 available in this unique program, WKA and Ionic Edge Chassis have partnered to share an equal financial responsibility, in an increasing attempt to give back to the competitor in anyway possible.

“People constantly ask me why I have partnered with WKA,” commented Kyle Luttrell, Ionic Edge / Luttrell Racing owner. “The reason is simple. We at Luttrell Racing owe all of our success to our dedicated customers. From the local racer to the national level racer, every customer has made our business what it is today. To show our appreciation, we have teamed up with WKA to give back and we’re excited by the momentum we’re seeing for 2015”.

Activities for the Ionic Edge Chassis Nationals will begin Friday with a full day of practice starting at 8:30 am. Shootout Races for the Sportsman and Junior Pro Gas Drivers, as well as the Pro Gas Animal Money Race will follow practice, roughly at 4:45pm.  Two full days of qualifying, heats, and main events will follow on Saturday and Sunday, beginning with a round of practice each day at 8:30am.

This 2015 Gold Cup will feature four races, launching in Jacksonville before head to Kershaw (June), Camden (July) and the famed Barnesville facility for the finale in late September.

EKN is focused on supporting grassroots racing and will be providing significant coverage of the Gold Cup events and its competitors throughout the season.