New Names Aiming at Victory in WSK from Castelletto 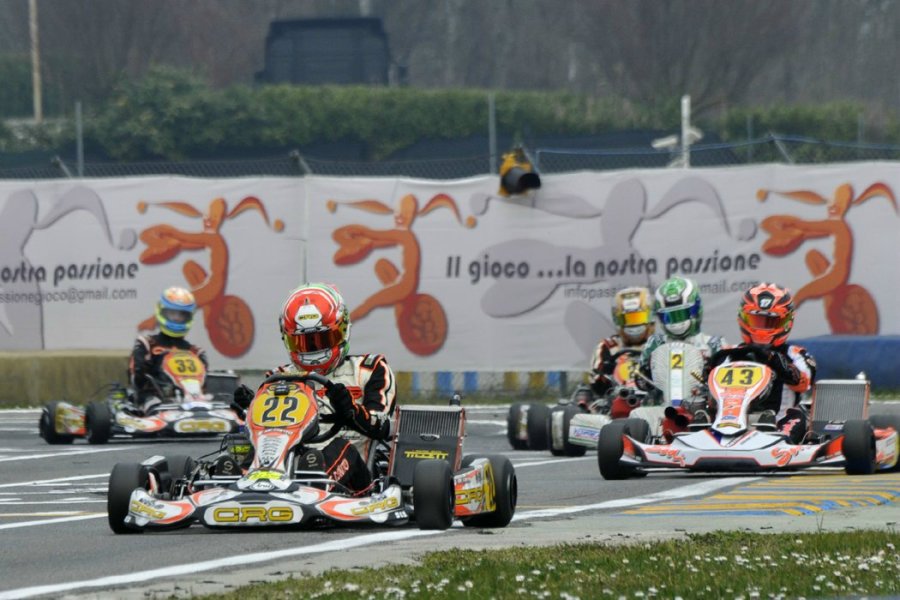 After the twenty heats run on the track of the 7 Laghi International Circuit in Castelletto di Branduzzo, we can now have a clearer idea about the drivers who will fight for the top positions in tomorrow’s final phase of the second round of the WSK Super Master Series. The international kart racing event, besides boasting the participation of 190 drivers coming from 30 different countries from all around the world, has given a great opportunity to new talents to take centre stage. Tomorrow’s races are going to be absolutely thrilling and uncertain: we start with the double Prefinal for the KZ2, KF, KF Junior and 60 Mini, the four categories admitted to the event. The races will start at 10.50 and will be available live in streaming on the official website wsk.it. The streaming will continue until the end of the Finals.

Pole for De Conto and Camponeschi in KZ2

The Italian Paolo De Conto (CRG-Maxter-Vega) won both the races he took part in: he will start from the pole position of the Prefinal A. Next to him, the Spanish Jorge Pescador (Praga-Parilla-Vega). In the Prefinal B, we have an all-Italian front row with Flavio Camponeschi (Tony Kart-Vortex-Vega) in pole and Davide Forè (CRG-Maxter-Vega) in second position.

Nielsen and Fewtrell lead in KF

The Danish Nicklas Nielsen (Tony Kart-Vortex-Vega) swept the board in his heats and grabbed the pole position of the Prefinal A. Next to him the Dutch Martijn Van Leeuwen (CRG-TM-Vega). The fastest driver of qualifying, the British Max Fewtrell (FA-Vortex-Vega), scored a victory and a second place: he will be the pole sitter of the Prefinal B. Next to him, the Belgian Benjamin Lessennes (Zanardi-TM-Vega).

The British Clement Novalak scored three victories and he is the favourite in the race for the pole position of the Prefinal, with still two heats in schedule tomorrow morning. Good performance also for the Danish Noah Watt (FA Vortex-Vega), with two victories, while the Italian Davide Lombardo (Exprit-Vortex-Vega), the Swedish Rasmus Lindh (Ricciardo-Parilla-Vega) and the Chinese Fei Ye (Exprit-Vortex-Vega) won once each.

Moretti and Hauger are the fastest in the 60Mini

Two victories for Marzio Moretti (Tony Kart-TM-Vega) in the heats: he will be the pole-sitter of the Prefinal A. Front row also for the Italian Leonardo Marseglia (CRG-TM-Vega), who won once. In the Prefinal B, front row for another winner of today’s heats, the Norwegian Dennis Hauger (CRG-TM-Vega), with the Italian Mattia Muller (Energy-TM-Vega) next to him. Bad luck for the Italian Mattia Michelotto (Energy-Iame-Vega): he won two races but got slowed down in his third heat.