On the line for four of the categories (Senior, DD2, Masters, and Junior Max) are tickets to the 2015 Rotax Max Challenge Grand Finals, where competitors will represent their respective country and COTA while competing for a world championship. For the Mini and Micro divisions, an entry to their respective Rotax Grand Nationals is awarded to the driver that scores the most points.

This year’s Senior and DD2 championship chases are setting up for a battle to the very end, with a look at the contenders below. 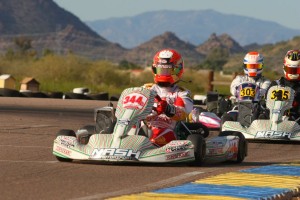 Just three points separated the top three drivers at the end of six rounds of racing in the Senior Max championship chase last season. Champion Phillip Arscott overcame a technical mistake Saturday of championship weekend in Sonoma, winning the final to edge out Louie Pagano and Jake Craig for the his second straight title. This year is shaping up to be a similar finish, with a quintet of drivers in the hunt coming into Sonoma.

Senior rookie driver Christian Brooks is no stranger to close championship battles. The Nash Motorsportz / Tony Kart driver held a 13 point advantage going into last year’s finale in the Junior Max category, only to lose the title by a slim three points despite landing on the podium twice on the weekend. The difference, earning fast time in qualifying and fast time in the main events. The 14-year-old Brooks has been consistent over the course of the first four rounds, earning a victory, runner-up, and third place result added to his fifth place in the opener. Staying consistently at the front all weekend in Sonoma will be a must if Brooks hopes to retain the top spot in the standings come Sunday evening, and earn that prestigious Rotax Grand Finals ticket.

Leading the chase behind Brooks is veteran Mason Marotta. The Ryan Perry Motorsport / Tony Kart driver has always been fast since moving into the Senior ranks back in 2010, which ironically was his best finish in the championship over the course of five years with a vice-championship to Canadian Phil Gelinas. Marotta is the driver on the streak, winning at Round Four. Second year Senior driver Luke Selliken performed his best in 2014 in Sonoma landing on the podium twice, and is hoping for the same during this return trip. The Rolison Performance Group / Kosmic driver ties Brooks with the most podiums thus far (3) but has yet to take that last step up onto the #1 position. His consistency at the front has him third in the standings, and when factoring in the drop race is only 10 points out with Marotta 9 back of Brooks.

One driver hoping to bank on the drop race is Nash Motorsportz / Tony Kart pilot Brenden Baker. The Texas resident was among the quickest during each round of racing. Contact with Selliken in Round One cost him a chance at victory, while on the other end of contact with Stepanova Nekeel in Phoenix hurt his chances in Round Four. Dropping the opening round DNF makes the gap only 19 markers behind Brooks, and with a two podium performance in Sonoma could put the young driver on top of the championship standings. Last year’s defeat in the championship chase did not stop Craig, but yet fueled him to go on and claim the Rotax Can-Am ProKart Challenge title (featuring a Rotax Grand Finals ticket) and the US Rotax Grand Nationals victory – finishing the season as the eKartingNews.com TaG Driver Rankings #1 driver. Now onboard with Racelab and Formula K, Craig is the only non-OTK driver in the top-17 of the standings. He finished the opening round on the podium in second after the wild finish, but has yet to crack back into the top-five. Looking at a 73-point deficit (65 factoring in the drop), Craig will need a perfect weekend to contend for the title. 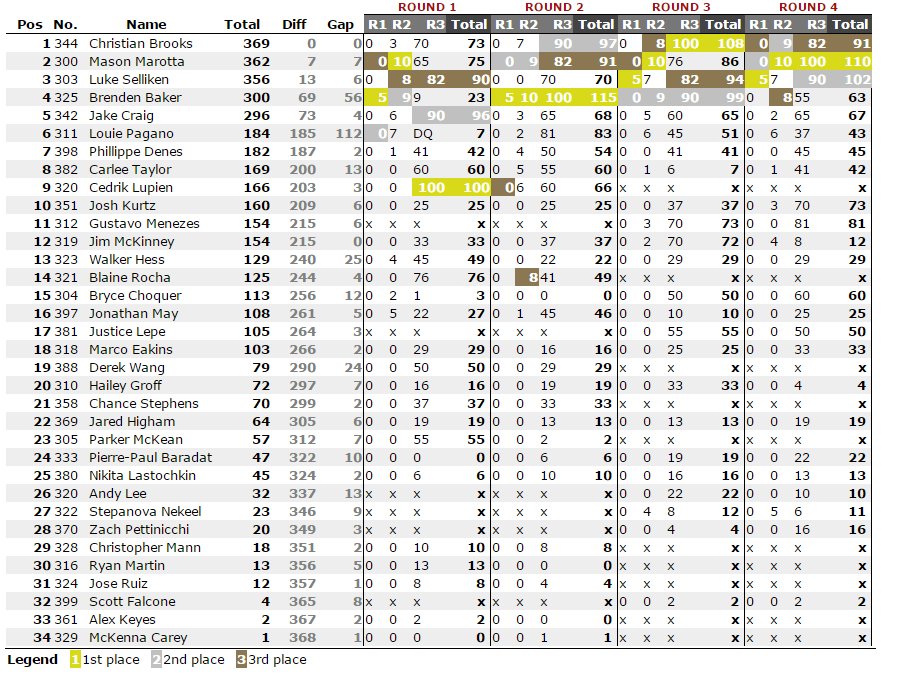 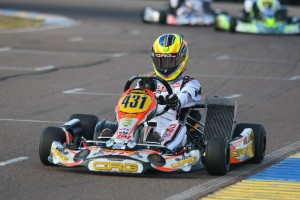 The title chase and ticket to the Rotax Grand Finals is down to just two drivers in the DD2 category. Last year’s vice-champion Sabre Cook scored two victories and two runner-up results, only to come up 39 points short of the crown. The CRG-USA driver enters the finale weekend with a 33 point advantage thanks to two victories and two runner-up finishes thus far. Michael Ilavia is the leading challenger in the title chase, thanks to four straight podium finishes as well. The J3 Competition / CompKart driver won an impress main event in Round Two, and was victorious in the two Prefinals in Phoenix. Taking away the drop races, the gap is only 21 points going into Sonoma, where anything can happen. If Ilavia is able to leave as the champion, it will be the first time in series history a chassis other than a CRG has won the championship at the Rotax Challenge of the Americas in the DD2 category. Veteran racer Matt Jaskol will sit out the finale to help work with the drivers under the PSL West tent, forfeiting his mathematical chance at the title that would have required him to win all on-track sessions, earning all the bonus points and see Cook finish third or worse in every session as well. Colorado driver Ben Schermerhorn will continue on, making only his third weekend start in the DD2 category and making great strides in Phoenix moving from CRG to the Kosmic chassis. With a shifterkart background, the Sonoma circuit could fit his driving and increase the chance for better results.