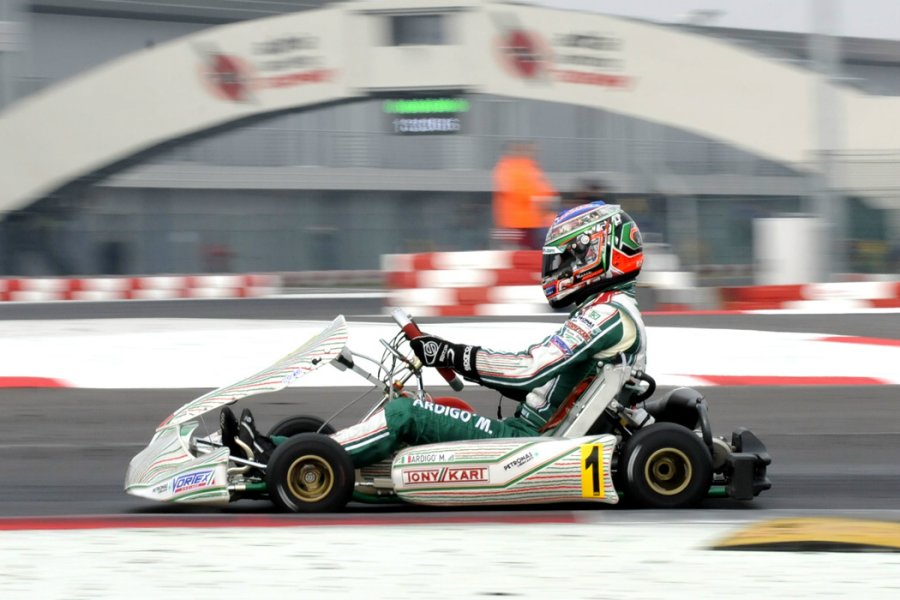 There were 30 heats in schedule today on the 1,302 metres of the Adria Karting Raceway. Drivers battled to get the top positions on tomorrow’s starting grids. The opening event of the WSK series will award the first points of the event in the four categories admitted to the race: KZ2, KF, KFJ and 60 Mini. Tomorrow morning, the race will reach its climax with the Prefinals at 10:50 then, in the afternoon, the Finals. Images of all the races will be available live in streaming on www.wsk.it.

Ardigò and Abbasse in pole in the KZ2 Prefinals
The Italian Marco Ardigò (Tony Kart-Vortex-Vega), thanks to his three victories in the KZ2 heats, grabbed the pole position in the Prefinal A. Next to him, the Spanish Jorge Pescador (Praga-Parilla-Vega), who won once. Also the French Anthony Abbasse (Sodi Kart-TM-Vega) won once and he will be the pole-sitter in the Prefinal B. Next to him, the Czech Patrick Hajek (Praga-Parilla-Vega), who is in today’s list of winners with a victory.

Nielsen and Basz protagonists in KF
The Danish Nicklas Nielsen (Tony Kart-Vortex-Vega) and the Polish Karol Basz (Kosmic-Vortex-Vega) played a leading role in KF: they achieved the pole positions in the Prefinal A and B. Next to the Danish, the Dutch Martijn Van Leeuwen (CRG-TM), while the slot next to Basz will be occupied by Alexander Vartanyan (Tony Kart-Vortex).

Drugovich leads in KFJ
Two victories for the Brazilian Felipe Drugovich (Kosmic-Vortex-Vega), who aims at achieving the pole in KFJ at the end of the last two heats in schedule tomorrow morning. The other winners of today’s session were the Italian Lorenzo Colombo (Tony Kart-LKE), the American Logan Sargeant (FA Alonso-Vortex), the Indian Kush Maini, the English Clement Novalak (both on Tony Kart-Vortex), the Russian Artem Petrov (DR-TM) and the Italian Davide Lombardo (Exprit-Vortex).

Michelotto and Marseglia are the leaders in 60 Mini
Thanks to his three victories, the pole-position of the Prefinal A of the 60 Mini will  be occupied by the Italian Mattia Michelotto (Energy-Iame-Vega). Next to him the Norwegian Dennis Hauger (CRG-TM-Vega). The Italian Leonardo Marseglia (CRG-TM-Vega) will be the pole-sitter of the Prefinal B, with the Italian Rocco Negro (Top Kart-TM-Vega) in second position.