The inaugural Florida Pro Kart Series winter program will come to a close over the March 13-15 weekend as racers head to the historic 103rd Street Sports Complex. Following two weekends at the Palm Beach Kart Center in Jupiter, the FPKS heads north to Jacksonville. The 1/2-mile circuit has a long and successful history in the sport, hosting the 1986 CIK-FIA World Karting Championships among many national and regional programs over its tenure. The upcoming event for the FPKS will decide this year’s winter program champions.

“It has been a very successful opening season for our winter program,” stated Florida Pro Kart Series owner/promoter Glenn Biggs. “I can’t thank the racers and the numerous companies that have supported what we are doing, bringing a very fun atmosphere focused around family and keeping things unbiased. The racers have displayed great performances over the first two weekends, and I can’t wait to see what they will do in Jacksonville on one of the toughest and quickest tracks in the country.” 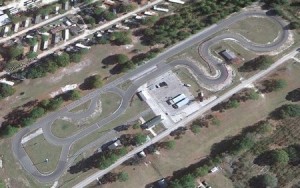 The championships are yet to be decided, with two more rounds of racing scheduled for Jacksonville, and the program counting the best five of the six main event finishes. The IAME USA East IAME Senior category has welcomed roughly 20 drivers each of the two weekends, with some prominent names at the front and has witnessed four different winners. Among them include American karting champion AJ Myers and IndyCar’s Jay Howard. Myers has landed on the podium in all four features, including victory in Round Three. Howard, a British native that now calls the United States home, won the inaugural feature back in January. The two are separated by just 70 points. California driver Andrick Zeen and Round Four victor Roger Ralston Jr. are back in third and fourth.

Zach Holden is in the driver’s seat for the Top Kart USA IAME Junior title, thanks to a string of four podium results. The Indiana driver won Round One and Three, and leads the championship by 105 points over Wisconsin driver Brandon Lemke who has a run of three straight podium results of his own. Junior rookie Giovanni Bromante finished runner-up to Holden in both his victories, and is a close third place in the standings. Ohio’s John Paul Southern Jr. is fourth, making it a TruTV Kart Life top-four in the title chase.

Sean Meier has been perfect in the Brad’s Heating & Cooling Briggs 206 Senior category over the first four races. Going into the finale with a perfect score, Meier will be chased by Patrick O’Neal, who finished runner-up in three of the four races thus far. Mike Plante sits third with ‘Iceman’ Jim Fry holding fourth. Jimmy Jackson and Nash Duyn will continue their fight in the Brad’s Heating & Cooling Briggs 206 Junior division. Jackson won the first three of the year, with Duyn placing first in Round Four to make the gap just 50 points between the two. Hunter Fox and Mark Steube battle on for third, separated by just 30 markers.

Nearly all the Palm Beach Kart Center shifterkart categories have close championship chases going into the finale weekend. Czech driver Patrik Hajek and AJ Myers have gone back and forth all season, with Hajek holding the upper hand. His three wins to Myers one gives him a 50 point gap in the Open Shifter standings. It’s a dead heat in the Open Masters group, with Kurt Matthewson and Patrick Otto Madsen winning two races a piece, with the events in Jacksonville to settle the score. Three drivers have a shot at the Stock Honda title, with David Levy holding a five point advantage over Farshad Bagheri while Ryan Greive is third, only 55 points out of first. Donald Davis has a sizable lead in the Stock Honda Masters standings, with Daniel Laporta the only driver with a slim shot at dethroning him.

Six drivers go to Jacksonville separated by just 125 points in the Praga TaG Open Senior class. Mason Caroll is the only double winner, scoring Round Two and Four victories, but missing the opening round and is fifth in the standings. At the top is Round One winner Daniel Rieger. Eighty points back is Joe Morales with Ben Greene and Brendan Nelson another 20 back of him. Thomas Cepeda is the sixth driver in contention, with the drop race sure to play a factor in how the championship unfolds. The Praga TaG Open Masters class is in the hands of Christian Calvo. Scoring zero points in the opening round, he has won the last three feature races to hold the point lead. Miguel Gransaull and Janos Eller sit second and third.

The Ticket Clinic TaG Sportsman IAME group is led by Ashton Chilton, a double winner at the opening event in January. The lead is only 10 points with Owen Mahle right there, while Riley Erickson, Annie Rhule and Elliot Cox sit on the edge, needing a good Jacksonville weekend to move into the title chase. For the Ticket Clinic TaG Sportsman Vortex class, Will Lambros holds a 30 marker advantage ahead of Giano Taurino and Dino Lambros. Nico Montileone is only 100 points out of first as well. Harry Coulton leads Chase Oliveri in the KARTS TaG Mini standings while Elio Giovane has the top spot in the Ticket Clinic TaG Micro chase ahead of Rylee Engel, Andrues Asmar, Mason Matos and Ernesto Bueno.

Pre-registration will remain open until Monday, March 9 online at FloridaProKartSeries.com/Shop. The entry for shifter categories along with the IAME Senior and Junior divisions are $695 – which includes entry, 2 sets of Bridgestone and driver pit pass. The remaining categories are $495. Both IAME categories will compete for a cash purse, with the Senior winner getting $2,000 and the Junior victor receiving $1,000. The champion in each division will earn a ticket to compete at the IAME International Final along with a $2,000 travel credit.

Three separate hotels are suggested for the Jacksonville weekend, La Quinta Inn, Fairfield Inn & Suites, and the Country Inn & Suites. Contact information is available at the Event Lodging link on the FPKS website. Move-in (March 12) and practice day (March 13) will be handled by North Florida Kart Club. Visit their website FLkarting.com to reserve your pit spot.

Live coverage will continue in Jacksonville as KARTS will broadcast every session on Saturday and Sunday live from the 103rd Street Sports Complex. You can catch the video broadcast along with live timing courtesy of Race-Monitor.com through the FPKS Live page.

For more info on the Florida Pro Kart Series, please visit the website – floridaprokartseries.com – or call 352-208-9840.