Behind the Laptop: The TRUE ‘Kart Life’

Karting is what you make of it

Over the last few weeks, karting has hit the mainstream media thanks to the airing of Kart Life on the TruTV cable network. During the 2014 season, a large film crew followed the lives of 10 karting families as they traveled around the country from May through October, filming at a number of events, including the United States Pro Kart Series, the World Karting Association, and the RoboPong 200 at New Castle Motorsports Park. Aside from past airings of actual race coverage on Speed Channel, or the occasional educational programs, this is the first time that karting has been featured on television show. From the comments made by readers on the EKN Forums and through social media, the reviews are most certainly mixed. 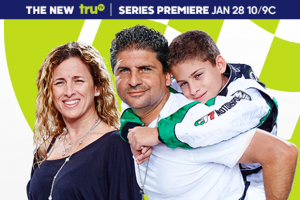 In order to give the show a true review in terms of its potential to help the sport, you have to step out of your ‘karting’ box and look at it from the perspective of someone who has never seen a kart or has absolutely zero idea of what is happening in the show. I talked with a friend over the weekend, and we both happened to catch the re-airing of the first two episodes. He is a racing fan, mostly NASCAR, but has never been involved in the sport of karting. It was not the action on the track that caught his attention, but instead what was going on between the parents and the kids off the track. He questioned me if these parents and kids really act this way, or if it was it scripted. Having been there, knowing some parents like this for a few years now, I could state with 100% honesty, that the answer was ‘yes’ – this is who they are.

Reality television shows have been produced for over two decades now, dating back to the ‘Real World’ on MTV. The premise for this show was to put eight strangers together in one house, and film what goes on with their interactions. The show was boring for the first few episodes, that is, until a heated verbal argument on racial matters aired. The ratings went up and the general public wanted more. Since then, all reality shows have been focused on one thing…drama.

It’s not just the ‘reality shows’ on television, as most, if not all, of the newer game shows and contests stretch out providing the correct answer or revealing the winner, for multiple seconds, to create that dramatic effect.

While the editing of the Kart Life episodes mixes Yamaha and TaG karts into what they call a ‘race’, they are after one thing…drama. They end each segment of an episode leaving you wondering, ‘what is going to happen next’. That is their job as an entertainment show.

This is not a ‘How To’ or a ‘Race Broadcast’ or even a documentary, this is ‘Reality TV’. Period.

With its focus on a segment of motorsport, they can’t script what happens on the track – aside from editing some of the footage to make it seem like certain incidents or certain results ended up how they see fit. What they do show is the interaction between the kids and the parents through what happens on the track, and how they react off the track. While you may think this doesn’t happen at your track, it does, and it happens beyond the karting world as well 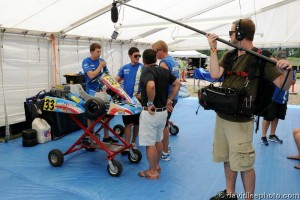 I’ll be the first to say it, as a parent, I agree with how some of the parents present themselves on camera, and disagree with things they do. It’s one of the biggest issues I have is parents living their life through their kids. It’s a fact of reality that parents want what is best for their children, but sometimes they take it to the next level. For the majority of the parent/children relationships in the sport, most are not like what we see on the show. However, each of those relationships across the country, even at your own kart track, have their own little idiosyncrasies, habits, and traditions that may seem odd or strange. And this occurs in other sports like soccer, football, basketball, and baseball, etc…it’s not restricted to motorsports.

Looking at it from a person involved in the sport for over 30 years, as a child growing up within the sport, a racer myself, a promoter, and as a journalist, I have been part of every level of the sport. The television show is just one way of introducing karting to people outside the sport, maybe giving them a little taste of what the it’s all about. Take away the drama and the crazy antics that go on during the episodes, and the program is still a marketing tool for the sport. Do you need six figures to go karting…no. Can you spend that much? Of course.

What people don’t realize is that a significant percentage of the cost that these particular families absorb centers on travel. Look at the Malukas and Tavella families; both race nearly every weekend, traveling from coast to coast. In 2014, Malukas won the USPKS Leopard Junior title, along with the Superkarts! USA Pro Tour TaG Junior title. He raced all the WKA Manufacturers Cup Series events, and took part at the US Rotax Grand Nationals. You are looking at 14 weekends for just those four programs alone. Add in the regional racing and anything that David did during the winter, and you’ll blow past the 20-weekend mark. Tavella secured the Rotax Challenge of the Americas title, traveling from New York to the three weekends events over the winter, raced at the United States Pro Kart Series – winning the Mini Rok Cadet championship – contested the Superkarts! USA Pro Tour, and claimed the Mini Max title at the US Rotax Grand Nationals. That’s another driver with over 20 weekends in a year. If you spend around $5,000 on cross-country plane tickets, weeklong hotel room stays, rental cars, a line-up of equipment, a mechanic, and food – it’s pretty easy to top $100,000 for the season.

The question is; are they having more fun than your average parent/child at the local club? Probably not.

After all, grassroots club racing is what karting is about, for most people, at least. It’s a hobby that the entire family can enjoy. Setting the alarm clock for the early morning wake-up call, scrambling to get everything packed in the truck, struggling through to the annoying music your parents listen on the way to the track, unpacking all the equipment when you get to the track, hoping that driver’s meeting is not as long as the last one, slipping on the suit and helmet for the first time that day, remembering the sensation of those first few laps on track, crossing your fingers that everything stays together for qualifying, reaching the checkered flag in the main event, and sitting around the table for dinner replaying the day’s events – yes, that’s the essence of karting. It may not be worthy for television, but in my opinion, that’s what the TRUE ‘kart life’ is really all about.

4 thoughts on “Behind the Laptop: The TRUE ‘Kart Life’”