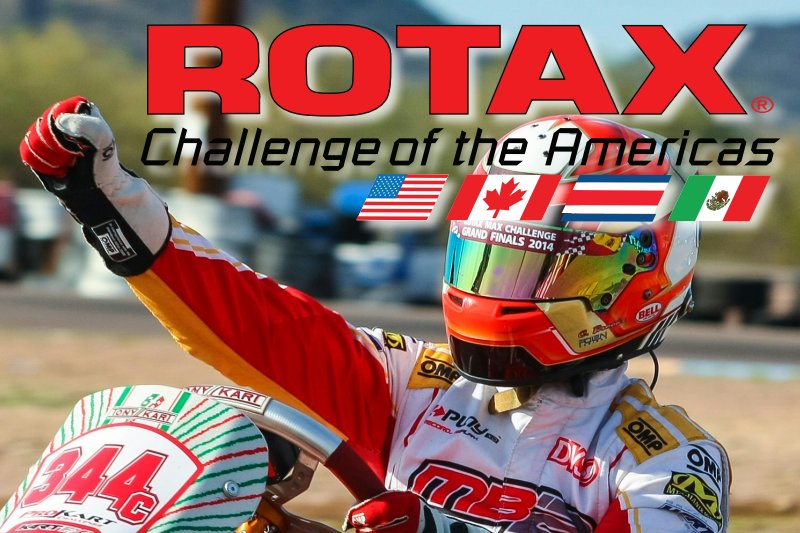 Nearly 100 drivers took part in the third and fourth rounds of the six-race Rotax Challenge of the Americas championship series, set to crown champions next month in Sonoma, including four ticket to the 2015 Rotax Grand Finals. It was nearly 100 degrees difference from that of the northern portion of the United States and parts of Canada to the picture perfect conditions in Glendale, Arizona at the Phoenix Kart Racing Association on February 13-15. The chase for the Challenge titles was amplified on Saturday, as five of the six point leaders scored race wins at the PKRA. Canadian Marco Kacic scored his first COTA win to break the point leader sweep, taking the checker in Mini Max, while Sabre Cook (DD2), Christian Brooks (Senior), Paul Bonilla (Master), Nick Brueckner (Junior) and Diego LaRoque (Micro) all defended their point leads. Sunday’s racing provided a great end to what was a phenomenal weekend, finishing off the first half of the series and beginning the second, setting the stage for the final two rounds in Sonoma next month. Four of the six feature winners took their first checkered flag of the season – Mason Marotta (Senior), Matt Jaskol (DD2), John Crow (Masters), Payton Durrant (Mini) – while Robb and LaRoque added to their win totals for the year.