Racers can now view the online recap of an exciting weekend of racing in Tucson, Arizona 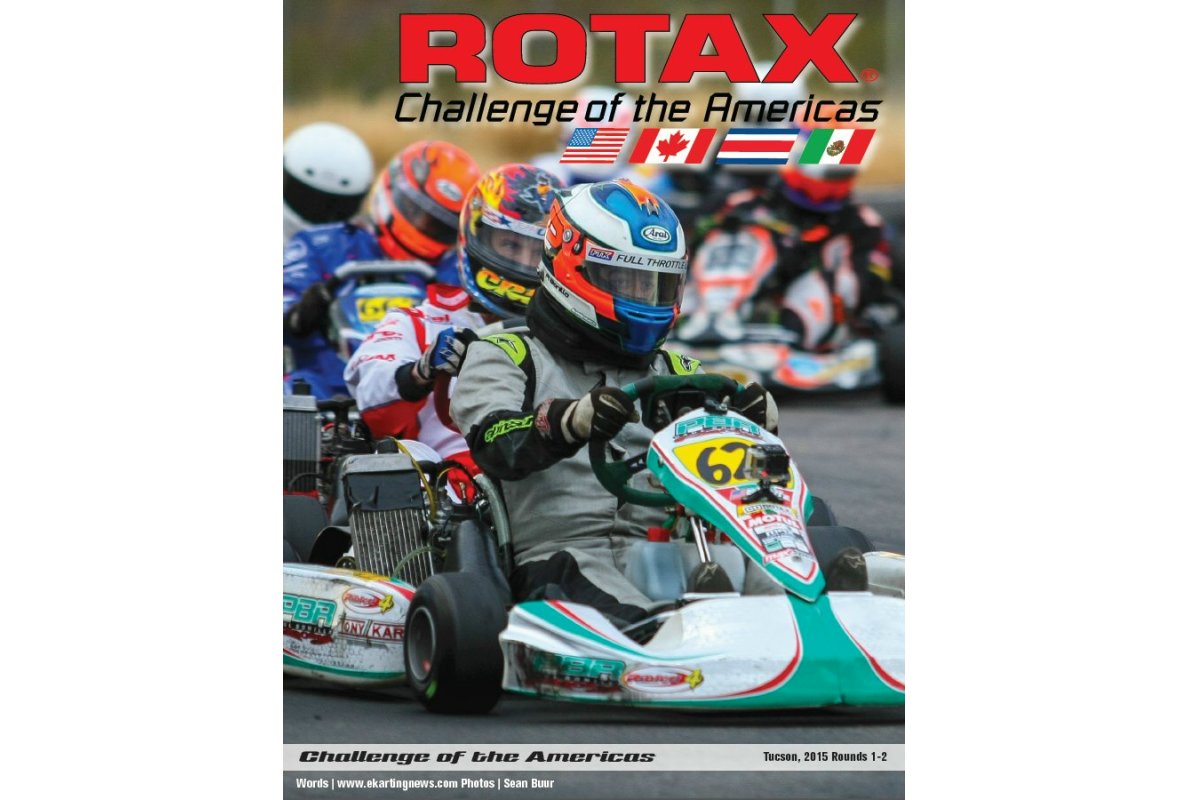 It was an action-packed weekend of racing at the Musselman Honda Circuit for the opening rounds of the Rotax Challenge of the Americas program. The Tucson, Arizona facility always offers up excitement, and the over 100 racers that took part in the eighth season opener of the series cranked up the intensity and drama over the two days of racing on January 10-11. Now, racers can review the weekend by downloading the digital magazine from the RotaxChallenge.com series website.

The digital magazine recaps the event from the Musselman Honda Circuit, with words courtesy of eKartingNews.com and images provided by veteran karting photographer Sean Buur. This is something all racers can save, by either downloading or printing to keep for their racing records.

Racers will have a chance to write history at the second event of the Rotax Challenge of the Americas, scheduled for February 13-15 at the Phoenix Kart Racing Association facility in Glendale, Arizona. This is the seventh straight season the series has visited the challenging 3/4-mile circuit, which has played host to a number of major karting events over its three decades of history. Pre-registration deadline for the PKRA event is scheduled for January 31 at RotaxChallenge.com. The deadline to secure one of the blocked rooms at the official host hotel – Hyatt Place Phoenix North – has been extended to January 29. A rate of $119 per night using the G-FTKP rate is available.

For the first time in many years, there no one dominating driver standing out as the championship leader in the Nash Motorsportz Senior Max category. Six different drivers stood on the three positions of the podium over the first two rounds of racing. Those six drivers are now separated by just 32 points heading to Phoenix, all vying to earn the Rotax Grand Finals 2015 ticket on the line. Leading the standings is Senior rookie Christian Brooks. A stellar runner-up drive on Sunday in addition to a top-five result on Saturday puts him on top of the championship chase. Two drivers are tied for second, four points back of Brooks. Mason Marotta was the third place finisher Sunday, and is tied with Saturday’s winner Cedrik Lupien. The driver behind him both in that race and the standings is last year’s vice-champion Jake Craig. Luke Selliken is fifth in the championship chase, 10 points out of the lead while Sunday’s winner Brenden Baker is in sixth.

Two drivers stood out in Tucson as the drivers to beat in the Rolison Performance Group Junior Max division. Second-year Junior drivers Sting Ray Robb and Nick Brueckner split the victories on the weekend, with Brueckner leaving with the point lead. Robb won Saturday’s main event, with Brueckner earning the win on Sunday. Each won the opposite Prefinal, while Brueckner was fast qualifier both days to give him the 10 point advantage going into Phoenix. Trey Brown and Kellen Ritter each recorded their first series podium in the Junior Max division, and sit third and fourth in the chase to the Rotax Grand Finals 2015 ticket.

New for 2015 is a Rotax Grand Finals ticket going to the champion of the Cambrian Go-Karts Masters Max class. The driver who earns the title, will represent the series and their country at the ‘Olympics of Karting’, set to compete in the DD2 Masters division. The opening weekend of the chase belonged to former series champion Paul Bonilla, finishing at the top of the order in all but one on-track session. John Crow, the top qualifier in Saturday’s action, kept it close all weekend, and trails by just 18 points with a third different former series champion in third, Scott Falcone.

Last year’s championship in the CRG-USA DD2 category went down to the wire. Sabré Cook came up just short of the title, but now leads this year’s chase after the first two rounds. The margin is only two points, after Cook split the wins on the weekend with series newcomer Michael Ilavia. Both won and finished runner-up to the other. The PSL West Mini Max division has three drivers sitting within 18 points going into Phoenix. Sunday winner Sebastian Alvarez swept the Round Two action, and leads the standings by four points over Round One winner Griffin Dowler. Fellow Canadian Marco Kacic is third in the chase, holding a runner-up finish on Saturday as his best result in the two days. Diego LaRoque was the only other double winner in Tucson, as the home state driver won both main events in the Motorsports Development Group Micro Max class. LaRoque holds a 22-point advantage over Josh Pierson, who drove to runner-up results both days.

For more, visit rotaxchallenge.com to register and review more information on Round Three and Four at the Phoenix Kart Racing Association on February 13-15.