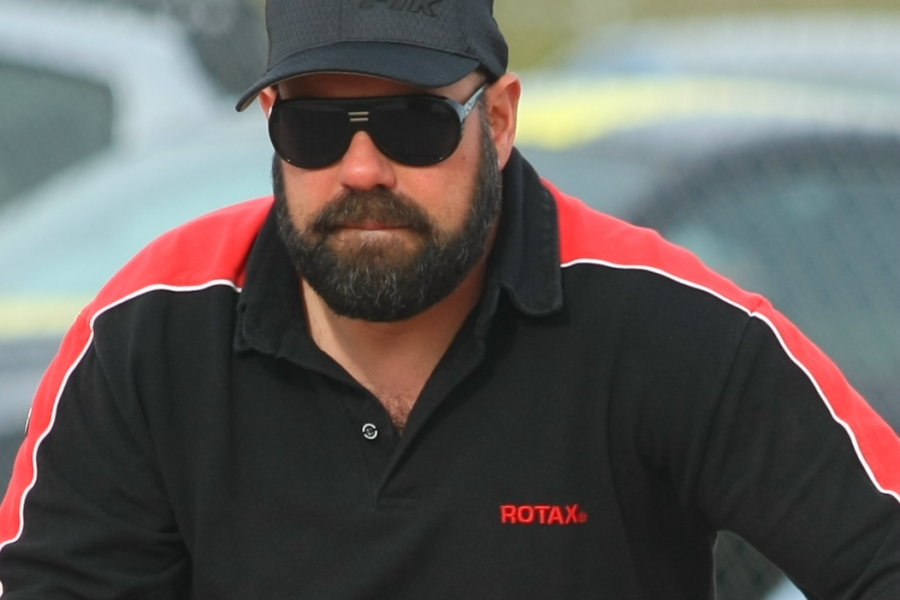 The 2015 season is about to kick off, with the first event of the new year set for January 9-11 as the Rotax Challenge of the Americas program begins its eighth season. With the opener set for the Musselman Honda Circuit in Tucson, Arizona, the premier winter karting series on the left coast is ready to welcome the top Rotax drivers from all across North America, vying for one of the four tickets to the 2015 Rotax Grand Finals.

For the past three seasons, eKartingNews.com has provided its unparalleled EKN Live coverage, and will once again be trackside for all three weekends of the 2015 Rotax Challenge of the Americas. Each weekend, those unable to attend the events will have the pleasure of listening to the on-track action live via the EKN Live webpage on their computers or through the EKN Live Mobile link. From qualifying through to the last main event of each day, play-by-play from EKN’s own Rob Howden will make you feel as if you are standing along the fence, trackside. Full daily reports, forum results, updates via Facebook and Twitter, along with Instagram photos are available throughout the weekend.

Series promoter Andy Seesemann is expecting another solid season. This year’s program will utilize the same 2014 rules format, as the new Rotax Evo engine updates are not yet allowed in United States competition until April 1, 2015. Four tickets to the 2015 Rotax Grand Finals are on the line once again, with the champions of the Senior Max, Junior Max, DD2 and Masters Max categories being awarded the prize for their hard work and success over the course of six rounds of racing. Following the opening weekend in Tucson, the series remains in Arizona as it returns to the Phoenix Kart Racing Association (PKRA) facility for Round #2 on February 13-15, and then closes out the program on March 13-15 at the Simraceway Performance Karting Center in Sonoma, California.

We reached Mr. Seesemann while he was busy at his Full Throttle Karting shop, in between working on customer’s karts and preparing the plans for the Rotax Challenge of the Americas 2015 opener.

eKartingNews.com: With the new year just around the corner, is there anything you would like to go back and change from 2014, in terms of racing or karting?

Andy Seesemann: The one thing I’d like to change is to have a lot less turmoil in the sport. This has been a tumultuous year as far as manufacturers and sanctioning bodies are concerned, and to tell you the truth, I don’t think 2015 is going to be much better. If there is any way I can go back and have that not happen, I would, but that is certainly not possible. As far as the Challenge of the Americas and things I do, nothing particularly. We had double-digit growth for the sixth straight year. It keeps going in the right direction. I was lucky enough to start up the local series again (So-Cal Rotax Challenge), which did what I thought it would do. There are no regrets on that side either.

EKN: It was another successful season for the Challenge, what makes you feel the series will continue to grow in 2015? 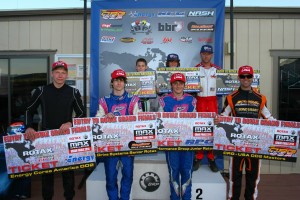 The 2014 Rotax Challenge of the Americas champions (Photo: SeanBuur.com)

AS: Basically, with all the turmoil going on with the push and pull of the industry, this is now the eighth year that I will do this program and it just keeps going the same way it has always gone. I have the same staff, the same rules, same engine, same tires. In fact, it’s the same cost as 2014. We did not raise the entry fee or costs of anything by $1. In a sport where there is a lot of change, there is something to be said about a program where things are very, very consistent. Our program, more than anything, is that.

EKN: The series once again offers up four Rotax Grand Finals tickets, however this year the Masters Max champion receives the ticket for the DD2 Masters spot. Why?

AS: It’s simply about the bang for the buck. The Rotax Grand Finals tickets are a big expense. They are a great prize, and it’s what people race high-level Rotax races for. When I have a class of 20 and a class of two or three, I need to award the ticket to the category with the greater amount of participation. I feel bad for Alan Rudolph, who is not going to get a ticket should he elect to race with us in DD2 Masters this year. The more than 20 guys that have been beating on each other for the past few years in Masters Max now have a chance at winning a Rotax Grand Finals ticket. It is a huge deal to them. It will certainly bring some added excitement to an already competitive class.

EKN: If I am a Mini Max or Micro Max parent, why should I travel to race in the Rotax Challenge of the Americas?

AS: Because your kid is racing there (laughing). Once again, it is consistency. The chassis rules have changed for the Mini Max this year – which I feel is a very, very good thing – Rotax is doing a great job separating the ages. Other programs in the country require 7-year-old drivers to race against 12 and sometimes 13-year-olds on the track. It’s a giant age range. Your talking about kids who are only a year or two removed from kindergarten and kids just growing hair in the armpits. The Micro and Mini divide is very good for karting in general. For the Challenge of the Americas and Rotax in particular, we separate those age groups because it is very beneficial to the competitors in a big way.

EKN: What are your thoughts on the new Rotax Evo engine – first as a series promoter, second as an established and longtime Rotax Service Center, and third as a racer yourself?

AS: I guess I do wear a lot of hats (laughing). As a promoter, it will not effect me one bit for the Challenge as the rules do not apply until April 1. From the first day that we started this program, we had a deal with the Rotax United States importer, including the previous régime and the current one with MAXSpeed, that we didn’t change the rules until after the winter series. We always worked by the previous year’s rules. The Rotax Evo will not be legal for us, as well as the Florida Winter Tour. It will once the So-Cal program kicks off, and it will certainly be a transition year. 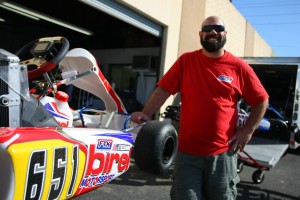 Seesemann is not only a promoter and shop owner, but a racer himself (Photo: SeanBuur.com)

I’m still not convinced that it will be much faster. Regardless of the dyno curves and the marketing numbers. The ease of use of the carburetor is going to be a good thing for those who may not be good with tuning, or throttle control. Talking with the high-level drivers in Spain, they said it felt about the same. One driver even said it didn’t feel as good as his normal carburetor. For guys who have invested money into their motor programs, and have worked hard to learn how to tune the package properly, I’m not sure the Rotax Evo is going to change much. For those guys that are toward the middle or the back, it will help them just because of the ease of use, and allow them to be ‘sloppy’ with the pedal – for the lack of a better term.

Evolution is good, it has to happen. We all know, if you not evolving, your standing still or going backwards. Rotax had to do something and keep up with the times. The good and the bad is Rotax has been fairly consistent for a long time, but all it does is allow the competitors to design something faster or different, or just new. It allows them to take shots at the Rotax, because they have not evolved much. As a racer, I still have my two favorite engines. As a shop owner, I’ll have Rotax Evo engines ready and have one of my own to test. The proof will be the minute the new Rotax Evo goes on track against a good, current pre-‘Evo’ package to see what it will do.

As a sideline project, I looked at historical data from all the races I put on at CalSpeed Karting Center over the years using Masters. One, it’s the category I race, and two, I can count on guys like John Crow and Paul Bonilla to use their lap times as they are always fast and always consistent. I went as far back as 2008, looking up race lap times. In 2008, before any of the previous rounds of updates made to the Rotax engine, Masters Max race lap time was a 51.30. In 2010, after cylinder, reed cage clutch, and coil upgrades, the fast lap time in Masters Max was a 51.30. In 2013, after they came out with the new bar-coded Mojo tire that was suppose to be faster, the fast lap time in Masters Max was a 51.30. This year, during the So-Cal Rotax Challenge race on the same configuration, John Crow won a heat race with an up-to-date engine and kart package, recording a fast lap of 51.30.

Almost seven years later, after all the upgrades and new products, we are still going the same speed. I guarantee that you could do that with any program, depending on the talent pool. The lap times, which is the ultimate gauge in racing, will have not changed much, if at all. The pricing has even stayed the same. We have a product, where they fixed the carburetor, they fixed the power valve, and a few of the parts dealing with multiple warranty claims, such as the pipe and the connecting rod. All of the updates, and its the same price as 2014.

(Editor’s Note: EKN dug up similar results looking at the US Rotax Grand Nationals at the same circuit)