D Power Racing Prepares for 2015 and Beyond 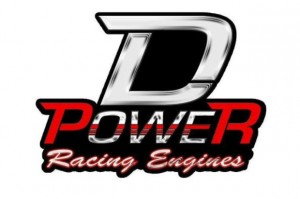 The karting industry is one that sees constant change. From the engine platforms, class offerings, and series that develop, karting requires businesses to be flexible and always looking ahead to stay prepared. D Power Racing has solidified itself at the forefront in a variety of different ways over the years. Starting as a premier engine building service, D Power Racing has grown to not only build some of the fastest karting engines in the country, but also operates a high level race team and imported a chassis line that has helped develop some of the best talent over the last couple seasons. Since the fall of 2012, D Power Racing has been the exclusive distributor for the ART Grand Prix product line and operated a race team that has won multiple national, regional, and local championships solidifying itself as one of the top programs in the country. The race team has won national titles in some of the toughest categories including the 2013 SKUSA ProTour championship in TAG Senior, while engine customers independent of the race team have continued to win national races and regional titles on their own chassis brands and teams. At the close of the 2014 season, D Power Racing won titles in SKUSA PKC competition, powered the Pro Tour vice-champion to double podiums at the SKUSA Springnationals, powered the TAG Masters winner at the SKUSA SummerNationals, captured victories and podiums in the USPKS series, and were a part of dozens of regional wins and titles in both the chassis end engine departments.

With change coming throughout all of karting in 2015, D Power Racing, under the eye of team owner Daniel Patino, has been working hard all off season to solidify next season’s plans. With former team manager Kyle Kuntze moving on to other opportunities, the team has continued to keep pushing forward. With the merger of ART Grand Prix and Birel Patino has been in an evaluation period to determine the best options for current customers and the future growth and stability of D Power Racing. With a deal very close to being signed, D Power Racing is confident they will not only be able to maintain the success over the last two years, but exceed it reaching new levels of growth. With a chassis deal coming soon, new drivers already being contacted, and the continuing excellence of the engine department, D Power Racing is positioned better than ever to take their operation to new heights.

“It has been an interesting year in the sport,” explained team owner Patino. “With the new popularity of the X-30 and the changes being seen across the country, we needed to make sure we are prepared to give all of our customers the best opportunity to succeed. We will be better positioned to compete in all categories (Rotax, TAG, and Shifter) than ever before and we think our current customers will be very happy with what we have in store. We would like to thank Kyle Kuntze for all of his efforts over the last two years and wish him the best in his new endeavors. Stay tuned for some exciting announcements very soon!”

D Power Racing is based in Santa Ana, California and has grown to be one of the most diverse businesses in all of karting. With a full service shop, a premier race team, and one of the top engine building programs in all of the country, D Power Racing has won national titles for years delivering in whatever discipline the customer seeks. For more information on engine building services, joining the 2015 race team, or having any of your karting needs met, contact dpowerracingengines@gmail.com and visit www.dpowerraing.com to keep up with all the latest news.