Former Formula One driver to compete for opening two weekends 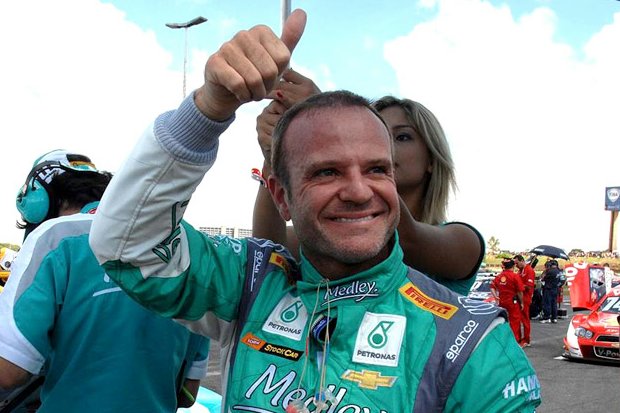 Rubens Barrichello has officially confirmed his presence at the Florida Winter Tour Rok Cup weekends for 2015. The Formula One driver will be racing under the Ocala Gran Prix banner at Homestead Karting on January 16-18 and at the Orlando Kart Center on February 20-22. Barrichello is schedule to be driving a Rok Shifter engine while competing at the FWT, and Ocala Gran Prix’s owner, Jorge Arellano, is excited to welcome Barrichello to the team. 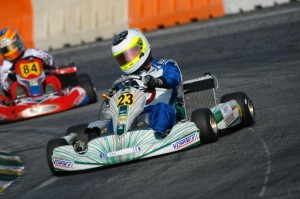 Barrichello is no stranger to the karting scene, having started his professional racing career in karting. After having won five karting titles in Brazil, Barrichello went on to Europe to start his Formula One career. Between 1993 and 2011, Barrichello competed in Formula One races, driving for Ferrari from 2000 to 2005, where he finished as championship runner-up in both 2002 and 2004. After Formula One, Barrichello moved back to Brazil to participate in the Brazilian Stock Car V8 Series. Driving a Chevrolet Sonic for the Full Time Sports Team, Barrichello came in first place in 2014. Barrichello has recently dusted off his karting shoes and joined the scene again, and he’s preparing for his FWT Rok experience by qualifying in the pole position in the 500 Miles of Karting at the Beto Carrerro World Event, taking place in the Kartodromo International at Granja Vianna in Sao Paulo, Brazil.

The presence of a tried and true racer like Barrichello will up the stakes for both the OGP team and the Florida Winter Tour Rok weekends. Come out to Homestead and Orlando to watch Rubens Barrichello race or check out the FWT Live Stream coverage of the events at www.floridawintertour.com/fwtlive/2015/.

For more information about the Florida Winter Tour, please visit www.floridawintertour.com/ and if you want to learn more about the Rok Cup USA program visit www.rokcupusa.com/ or call 407 438 7734.