The months of November and December feature a bit of celebration for me, personally. A little over 10 years ago, a man asked me to come into his family and his business, to be part of what I considered to be a dream job. How could I say ‘no’…I was waiting tables every night, while my wife was beginning a successful business of her own. So my Howden Media Group adventure began with a trip to the biggest event of the year…the Superkarts! USA SuperNationals. 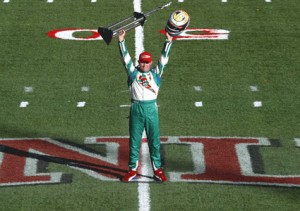 It was hard not to be starstruck, seeing the drivers and teams that I had been reading about in Shifter Kart Illustrated and on eKartingNews.com. Thankfully, former SKI Editor Tim Blaney was there to show me the ropes, introduce me to a number of the competitors, team managers, tuners, and families. Knowing Tim before my time with HMG made the event go smooth for me personally, and very memorable, as well. For my first Vegas experience, we were staying at the EX…CALIBAR! – which was an adventure all on its own. The racing on the Sam Boyd Stadium parking lot course on the east side of the city was amazing, watching Jason Bowles score his first and only SuperNationals victory in the SuperPro division.

From there, it’s been nothing but an amazing 10 years filled with great memories. From my trips to Europe, to my many flights to tracks across the country, all while witnessing history being made each and every year in the sport of karting. No matter what event, what track, what time of the year it is, I always get goosebumps when I enter a facility for the first time on a weekend, not knowing what’s in store, and that I have the privilege of documenting what will unfold over the next few days of competition. I’d like to thank Rob Howden for bringing me in to do this job, and hope there is another 10 years ahead. Also, thank you to the remaining HMG staff – Kimberley Howden and Allan Craighead – along with former HMG employees Tim Blaney, Mike Maurini, Todd McCall, and Marc Miller. It’s a great family tree that will always be part of mine.

Now that we are into December, it’s a time to reflect on the past season, and to look ahead to the upcoming schedule. 2014 was a crazy year for HMG, as we took our trackside coverage and EKN Live program to a total of 16 events, in addition to other stops along the way. The Rotax Challenge of the Americas enjoyed another historic season, watching nearly every championship go down to the wire. The United States Pro Kart Series grew in its second year, and solidified itself as the top traveling series in the Eastern half of the country. The Superkarts! USA Pro Tour reached record numbers at the SpringNationals and SummerNationals, closing it out with a farewell to the Rio for the SuperNationals. The level of competition continues to grow in Rotax racing, with the Cold Stone Grand Nationals and Pan American Challenge featuring some of the best North America has to offer. And there is nothing like getting behind the wheel for the Rock Island Grand Prix. 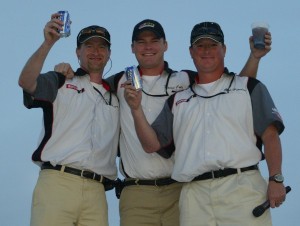 The last 10 years have been good times with good people

The 2015 season is certainly going to be a turning point for the sport and the industry. It’s a new homologation period with the CIK-FIA, so new chassis models will be making their debut, some already doing so at the SuperNationals and finding success early. What concerns me is the discontent between organizations and series, along with manufacturers and importers. Right now, there seems to be a fight for supremacy within the United States market. What I don’t think is understood by those trying to control the top of the pyramid is that we can all work together. It was just a few years ago that we were commending the same individuals for contacting one another, working to avoid scheduling conflicts, and wishing the best for each other. Today, it seems everyone is turning their backs to one another, all trying to claim a piece of the pie. While the numbers of racers at the top level of the sport is limited, the great thing about karting in the United States, there’s room for everyone. If there is cooperation, some business courtesy, and a focus on growing the sport, all these different programs and products can exist.

The real problem is that pie hasn’t grown. It is still the same size and there are still the same number of racers that we saw in 2009, and probably the same as there were in 2004. Let’s be honest, racing is expensive. Karting, however, is the purest form of motorsports and it’s the most affordable. That doesn’t stop the wealthier persons from spending insane amounts of money to go faster. The results on track still boils down to the kart, the engine and the driver becoming one on the track to put together the quickest, most consistent performance for the win. What I feel those in the industry need to focus on, however, is growing the base of the sport; the weekend warriors and the club competitors. Otherwise, there will be no one to sell their product to.

With the ‘engine war’ in the TaG category now underway, racers should not surrender their karts and start looking for a new hobby. Instead, just worry about what works for you. If Rotax is popular in your area, go with that. If it’s IAME or Rok, then continue with that engine. Or, race something other than TaG. The Stock Moto craze is still growing, with Superkarts! USA and now the World Karting Association providing the class in 2015. S1 Pro Stock Moto numbers continue to grow thanks to SKUSA’s ladder system, which includes the S2 Semi-Pro and S5 Junior Stock Moto levels. Those in the Masters category should be thrilled as the 2014 SuperNationals featured another large field.  Every year, new drivers become age eligible for the class, so the future is bright for S4. 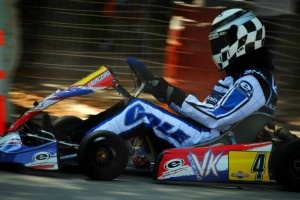 More seat time is scheduled for the staff at EKN (Photo: AmJackson Photography)

What I do love is our commitment to #OperationGrassroots, with our focus on the Yamaha and Briggs LO 206 programs.  These two simple and basic engine packages offer up the most affordable options in karting, with rules that are nearly identical across the country, with only a few minor deviations. If the TaG or shifterkart packages frustrate you, then master the Yamaha and Briggs divisions first. Many of the top drivers of the last decade began in four-cycle racing, moving up into a Yamaha and then into the quicker divisions. These classes teach you the basics needed to be fast and smooth, along with giving you the opportunity to truly understand the workings of a chassis, because horsepower is so limited. I’m happy to say that you will be seeing more EKN OnTrack segments in 2015, utilizing both of these powerplants.

While I should be celebrating a wonderful 10 years as a journalist in this great sport, I fear the worst looking ahead. I should be optimistic, as we have found ourselves at a few crossroads in the sport over the past decade, and the love and spirit continues on no matter what falls before us. After all, we are just one year away from celebrating the sport’s 60th anniversary. In my mind, I’ll be one of the grey-hair guys at the kart track 41 years from now, still knowing what the sport truly means to me.

2 thoughts on “Behind the Laptop: 10 Years and Still Going”