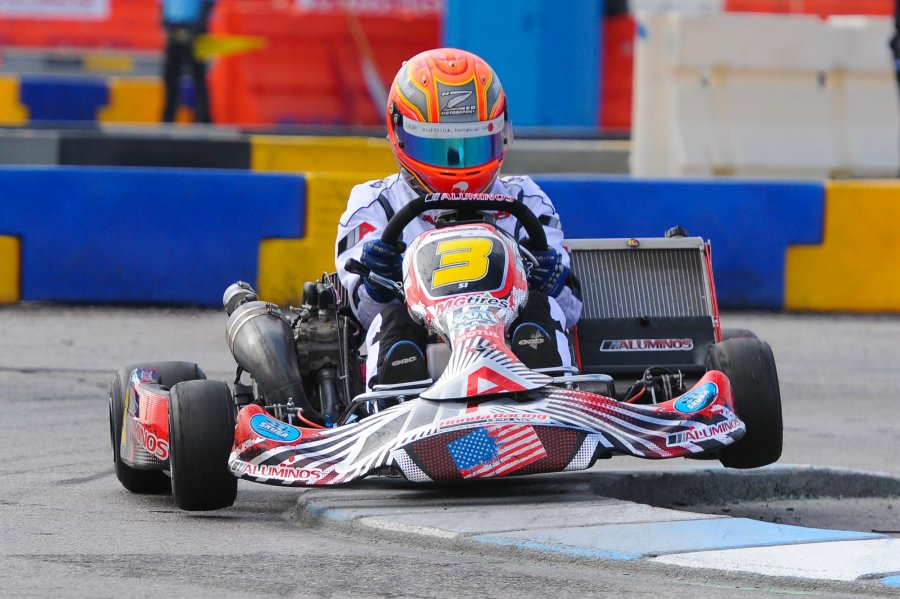 Four of the country’s top karters fly out to the United States over the next 48 hours to prepare for the 18th annual SuperKarts USA (SKUSA) SuperNationals meeting in Las Vegas between Wednesday and Sunday November 19 and 23.

With over 600 entries across nine classes the event is the single biggest kart one in the world and as such has again attracted some of the best drivers in the world – including Kiwis Daniel Bray, the US S1 class champion in 2011 and runner-up last year, and Matthew Hamilton, the S4 Masters class winner at the 17th annual SuperNats meeting last year.

“Obviously, KZ2 is the class I run here, and which I have run in in Europe and now Australia, but because I’ve been running for the title in the US I’ve always run in S1 in Vegas. This year, because I decided to stay at home and focus on building up my business, I don’t have to think about the (US) championship, so the opportunity presented itself to do KZ2.” 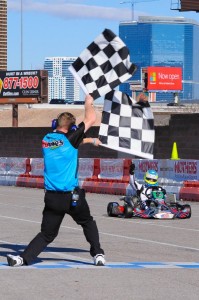 Joining him at the meeting will be Christchurch drivers Matthew Hamilton and Tiffany Chittenden, and one of the Junior drivers in the team Bray runs here, 11-year-old Billy Frazer from Auckland.

Multi-time former New Zealand champion Hamilton was the surprise package at last year’s SuperNats meeting in Las Vegas, going on to win the S4 Masters class at his first attempt.

That prompted an offer from the team he was running with, Aluminos, to run a full S4 Masters class programme in the SKUSA ProTour in the United States this year.

That programme has netted a win at the opening round and pole positions at the second and fourth and the Christchurch ace heads to Las Vegas – which hosts the fifth and sixth rounds of the 2014 SKUSA Pro Tour – in third place with an outside chance of taking the 2014 S4 Masters class title.

“It’s a long shot,” he said before flying out, “but if I qualify on pole, and win the heats and final it’s definitely a possibility.”

Joining him on the S4 Masters grid at Las Vegas will be Tiffany Chittenden, the former UK Rotax class champion, now living in Christchurch.

She will also be competing at the Rotax Max category’s Grand Final meeting in Spain the weekend after, and originally planned to run in a Rotax class at the SuperNats meeting.

However the class she will be competing in at the Grand Challenge, DD2 Masters, runs a 2-speed gearbox-equipped Rotax engine and front brakes. Without direct experience in one of these karts she and Hamilton decided it made more sense that she run in the S4 Masters class in Las Vegas in a kart with front brakes and a six-speed gearbox.

Youngster Billy Frazer, meanwhile, will run in the Cadet TAG class as part of the multi-kart Aluminos squad.

The 11-year-old from Auckland is the current Mt Wellington and Auckland club, and Auckland Schools’ Cadet class champion and has earned the trip to the SuperNats meeting, says his Dad James, because he has had a good year at school!

“That’s the deal with his karting,” says James, “it’s payback for all the hard work he’s put in at Strathallan this year.”

Billy has played his part, coming up with his own ideas for fund-raising, including a competition to name one of his engines…which has drawn wide support from friends, family, neighbours and fellow members of the karting fraternity.

Registration for the 18th annual SKUSA SuperNationals meeting opens on Monday November 17 with the first practice sessions on the converted parking lot track at the huge Rio All-Suites Hotel starting on Wednesday, qualifying on Thursday and racing from Friday to Sunday.