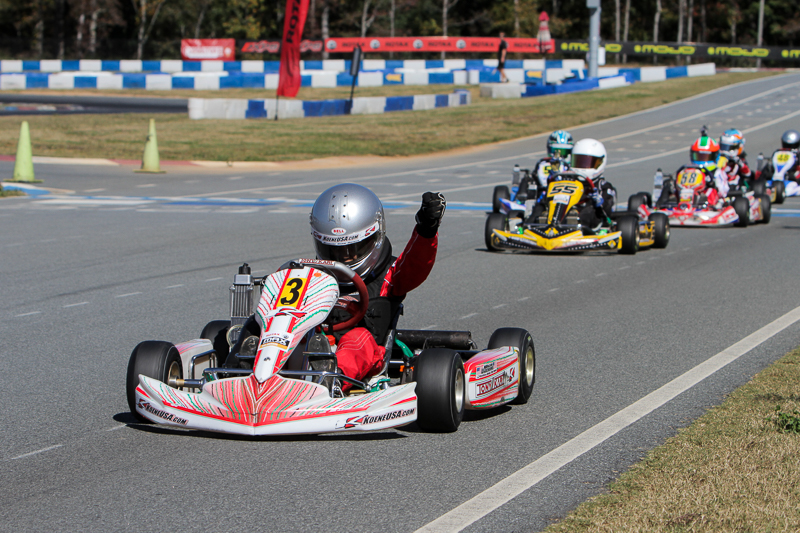 One of, if not, the most famous occurrences in the history of the Indianapolis 500 happened in 1985 with the ‘Spin and Win’ performance by Danny Sullivan. The feat cemented Sullivan’s name into the history books, and exemplified the ‘never quit’ attitude of a driver.

On October 19, 2014, a young driver by the name of Ugo Ugochukwu put a similar reference alongside his name, in the same regard as Sullivan, when he duplicated the ‘Spin and Win’ feat during the 2014 Cold Stone Pan American Challenge at the GoPro Motorplex in Mooresville, North Carolina. The event featured 24 of the top international drivers in the Micro Max category, all gunning for a piece of history and a prestigious trophy to add to the mantle. 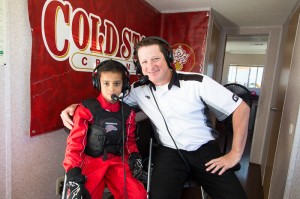 Ugo, relatively new to the sport of karting, has shown promise during his first full season in the Micro Max division. At the Cold Stone US Grand Nationals in July, he finished a hard-fought 12th after contending early on. Through the season, he raced at the Northeast Rotax Max Challenge program. The weekend before the Pan Am, Ugo placed second both days in a double-round event weekend at the New Jersey Motorsports Park. During the season, he never finished outside the top-four, earning two victories toward scoring the series vice-championship.

The Pan Am event began with Ugo qualifying inside the top-six to earn a spot in the Super Pole session. He remained in the fourth position after the two-lap fast time shootout, setting up for an outside row two start in all three heat races. A fifth place result in the opening moto was followed up with a win and runner-up result. Those finishes put him on the inside of row two for the Prefinal on Sunday morning.

A 12-lap battle ensued between Ugo and Reece Gold. Back and forth they went, until Ugo was able to edge out Gold at the stripe by 19-thousandths of a second to earn the pole position for the main event. Through the opening corners clean, Ugo led the field for the first circuit and was navigating the second lap when disaster struck. On the exit of turn three, leading onto the long back straight, Ugo’s kart twitched as they went over the rumble strip on the left side of the track. A slight tap on his rear bumper sent Ugo spinning. He did a complete 360 spin, was able to gather the kart and continue on, pointed in the correct direction. It seemed like the spin did not effect the kart, or his mental state at all, as it was still ‘go for the win’ focus by the young driver. From there, he laid down the fastest laps of the race, climbing his way back to the lead group after falling down to eighth. He was into third as the white flag waved, when the two leaders in front of him went side-by-side for the lead heading into the first corner. As they exited the turn 1-2 complex, Ugo slid past both to secure the lead. Never making a mistake on the final circuit, the Koene USA pilot crossed the line for the victory. 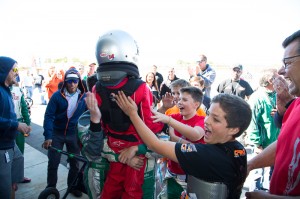 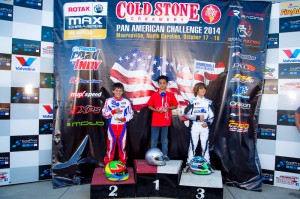 What do you do when not at the track? Plays tennis and soccer
What are your goals outside of karting? Enjoying everything one day at a time
What type of street car would you like to drive? N/A
What are your pet peeves or things that irritate you? Northing
What is your favorite aspect about racing in the Rotax Max Challenge program? He enjoys racing Rotax because the racing is always very close, full of drafting, bumping and passing.