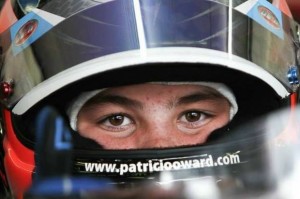 Patricio O’Ward is focused on earning his third SuperNationals victory

A plan was put into place, and Superkarts! USA is now enjoying the fruits of its efforts. The large and growing numbers that SKUSA is experiencing in the S1 and S2 categories these days can be directly attributed to the launch of the S5 Junior division, which once again provided Junior racers with the chance to bang gears in the absence of the once-popular 80cc Junior class. The Stock Moto powerplant was deemed to be the future of the organization in 2007, and three years before the Pro Tour began its second version, the S5 laid the groundwork for the full grids were are enjoying in 2014. After what was a record number of drivers on the Pro Tour in 2013, a good handful graduated to the S2 category this year, allowing the next crop of S5 pilot the chance to move up the ranks to learn how to race at the front, and contend for a championship.

A majority of the top-10 from last year’s S5 line-up at the SuperNationals have moved up, including race winner Kyle Kirkwood. One of the top returning drivers is 2012 winner Patricio O’Ward.  After racing open wheel cars throughout last year, O’Ward came back to karting for Vegas and finished a disappointing ninth. The Mexican native has been competing in Formula 4 and Formula Renault races in Europe recently, and was a contender at the US Rotax Grand Nationals this summer until a rib injury took him out of the fight. Back for another shot at Vegas glory, O’Ward will be joining the Praga North America operation, and could give Praga its first SuperNationals victory. The one thing that could hamper his attempt at victory, is the extra work of competing in the TaG Junior division in the same morning sessions. 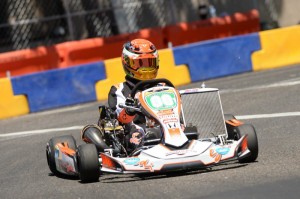 Four drivers will go into Las Vegas with a shot at the SKUSA Pro Tour title. The pilot with the percentages on his side is three-time race winner Trenton Estep. The Dallas Karting Complex / Sodi Kart USA pilot earned the main event victory in the first three rounds of the season, before sitting out of Round Four in Modesto. The Texan has a 100-point advantage when factoring in the drop, giving him some wiggle room when approaching SuperSunday. Second in the chase is Californian Christian Brooks. The Nash Motorsportz / Tony Kart driver won Round Four in Modesto, and is ready to attack the Rio’s temp circuit. One factor that may either help or hurt the young driver is his double duty attempt, as he will be running both S5 and TaG Junior competing during the morning race groups – just like O’Ward. With very little time in between on-track sessions, he and his crew will have to be on their game to keep Brooks in the chase.

Raul Guzman (GP Texas USA) is third in the Pro Tour standings, just 25 points behind Brooks. The Texas ProKart Challenge S5 champion scored the most overall points during the first four rounds, but falls to third when factoring in the drop. His best finishes were runner-up results in the Sunday mains at both the SpringNationals and SummerNationals, although Guzman hopes to be up on the top step on SuperSunday in Vegas.  Sitting fourth is one of the youngest drivers in the field – Mathias Ramirez. The 12-year old from Florida has shown well and was quick at the SpringNationals, getting over a few rookie hurdles, and then drove to a runner-up result on the temp circuit in Modesto. With a strong program supporting him under the Ocala Gran Prix stable, Ramirez is sure to carry over that speed into Vegas to contend for the victory. 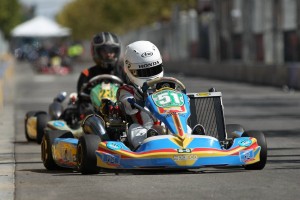 In addition to the primary SKUSA Pro Tour title combatants, and the return of O’Ward, there are more drivers to watch in the S5 category.  Two pilots who have developed at the regional level in California, and are looking to be contenders in Vegas for their S5 SuperNats debuts are California ProKart Challenge champion Nicky Hays (Phil Giebler Racing / FA Kart) and Callum Smith (Champion Racing / Intrepid).  Hays was runner-up twice in California ProKart Challenge action, and won the final two rounds of the season to clinch the title over Brooks. This will be Nicky’s first SuperNationals, so his adjustment to the big stage will be key on his success.  Smith has made the switch from TaG to Stock Moto, and is quickly coming to grips with the six-speed powerplant. A podium at his California PKC debut on the Lake Elsinore temporary circuit was impressive, and he was leading at the Streets of Lancaster until he was caught up in a wreck. Those two weekends have him on the right path going to Las Vegas.

One of the highlights of the SKUSA Pro Tour this season has been the arrival and success of Trenton Estep.  The Texan used his local track knowledge to win in Dallas, for sure, but he has shown great poise and maturity all year, which I believe will play to his favor on SuperSunday.  O’Ward has singular focus on his side, as he’ll be looking at the race win only, while Estep would love to win the Pro Tour title that would make him part of the SKUSA Circle of Champions for 2015.  Likewise, Brooks will have to spread his focus on both S5 and TaG Junior, as well as his thoughts of flying to Spain immediately after the SuperNationals to race for Team USA at the Rotax Grand Finals.  That may just be a hindrance, although it may also motivate him.  With just the single race group, these guys will be duking it out all week to see who has the best set-up for the final on SuperSunday. My money is on Estep for the win.

Experience is key when going to the SuperNationals. With a temporary circuit, you have to be fast off the trailer and know what it takes to win. O’Ward has the experience, and his success depends on how he adjusts to the Praga chassis. My guess is he will learn very quickly how to handle the new kart, and score his third SuperNats victory (TaG Cadet 2010, S5 in 2012). Estep has been fast all season, in both the Intrepid and his new Sodi Kart. O’Ward’s experience is the deciding factor in a close finish, but Estep will still celebrate the championship. Ramirez will be fast all week, but the young driver may make a mistake or two, which could keep him off the top step. Smith reaches the podium in his S5 SuperNats debut if he can keep the kart off the walls, while Brooks stands on the podium in his first S5 SuperNats start, battling hard to complete the double duty dip.