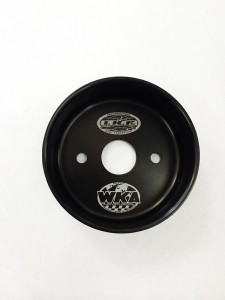 Always looking to support the karting industry as well as the World Karting Association (WKA) Manufacturers Cup program, Grand Products, importer of the Top Kart and Comer product lines, and Comer Spa will put a major effort behind a new WKA Rookie Comer class. With unprecedented weekend and championship awards, the new division will be open to all current rookie competitors that are eligible per WKA rules.

“With the announcement from WKA to move the Comer class to Rookie for 2015 I felt it is was in the best interest of the sport to make sure that the engine can be recycled to our younger drivers with these big incentives,” explained Grand Products’ Mike Tetreault. “Rookie class drivers will be able to utilize the Comer powerplant through the Cadet Sportsman ranks thus decreasing costs for newcomers to the sport. With a simple change of a restrictor, the Comer Engine will be good for several more years with the same competitor.”

Designed for the younger drivers between the ages of seven and ten, the weight for the class will be 210 lbs. and utilize a .650 restrictor manufactured by TDC Components. The restrictor will be stamped with IKF/WKA logo and will be the only restrictor legal for the class. Please contact your local engine builder.

Continuing with the promotion, all WKA Manufacturers Cup pre entries before December 15, 2014 for the WKA Rookie Comer class will receive a restrictor free of charge shipped to them or their engine builder as well as receive a one time Bridgestone YLC promotion price of $165.00 for a set of tires that can be shipped to your location or delivered trackside at the event.

The weekend winner of each WKA Manufacturers Cup event will receive special awards ranging from gift certificates, free entry to future events and Bridgestone Tires. The year-end champion in the class will receive a free Cadet chassis of their choice between Top Kart, Arrow, Merlin, PCR or Tony Kart.

Tetreault continued, “The WKA Rookie Comer class will provide stability for new drivers to the national level of karting. With the focus on decreasing the costs and being able to use an engine for multiple race seasons without changing, the class was born. Competitors will be able to recycle Cadet Sportsman engines and run with them in the Rookie Comer class or take their Rookie Comer engines and jump to the next level when the time is right.”