This coming weekend will see the 12th running of the annual Rok Cup International Final at the South Garda Karting circuit in Lonato, Italy, which celebrates the Vortex engine program by welcoming racers from around the world to decide on the top ‘Rokkers’ drivers for 2014.  The event includes five different categories, filled with over 300 drivers. With each passing year, the number of drivers participating in the event continues to increase, and this year the list includes many from North and South America who competed in the Rok Cup USA and Rok Cup Canada series. 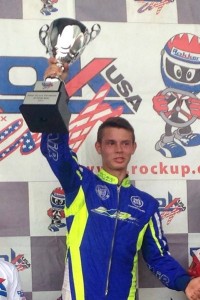 The South Garda Karting facility in Lonato is the home of Italian karting. Many chassis and engine manufacturers use the circuit to do much of their testing, as the 1.0 km (0.62-mile) course in located close to their facilities.  The track is home to the annual Winter Cup event in February, as well as a number of major international and national events, and to be fast at Lonato means that you can be fast anywhere.

Unofficial practice for this year’s Rok Cup International Final begins on Wednesday, October 22 following technical inspection. Thursday is official practice, and is capped by the qualifying sessions. On Friday, the drivers will run their heat races to determine who will qualify for Saturday’s Finals. All information can be found at the following LINK.

A total of 26 drivers with ties to the Rok Cup USA program will compete in Lonato. This is the most of any year in the event’s history as the Rok Cup program continues to grow in North America. Below is a list of those drivers in their respective categories. Updates throughout the event will be published in the Official Discussion Thread.

The Junior Rok category at the Int’l Final utilizes the Vortex Rok engine, which runs a restricted exhaust manifold to reduce the power from 29hp to 19hp. It is slower than the Super Rok engine that was utilized in the Rok Cup USA series in 2014, which could play a factor in the success of the North American contingent. Three of the top four drivers from this year’s Rok Cup USA program will be in Italy this weekend. Luis Jose Forteza is this year’s champion, winning three of the five main events. Ryan Norberg, who is making his first of two European trips scheduled over the next two months, finished third in Rok Cup USA after winning the championship event in Orlando. Olivier Bellanger was fourth this season, earning a single podium finish in five races. 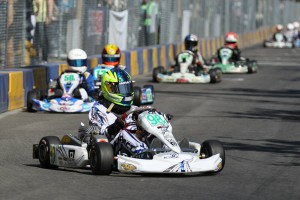 An amazing 105 drivers are entered to compete in the Mini Rok category in South Garda, showing just how massive the growth has been for the class around the world and not just in the United States. It is the only category in which an American has won, as Logan Sargeant scored the victory in 2011. Gianluca Petecof is the Rok Cup USA champion, and a Florida Winter Tour champion in 2014 as well. Tavella is the inaugural United States Pro Kart Series Mini Rok Cadet champion, and is among the top Cadet drivers in the country. Ramirez competed in the Junior Rok division at the Rok Cup USA, placing second in the series championship, but will need to race in the Mini Rok category since he has not yet turned 13 years of age. The Jones brothers are third generation drivers, and Jagger Jones is the current Superkarts! USA Pro Tour TaG Cadet point leader, the class that utilizes the Vortex MiniRok powerplant. Lachlan DeFrancesco and Ricardo Villasmil finished second and third behind Petecof in the Rok Cup USA standings, so both are expected to challenge for starting positions in the main event on Saturday. 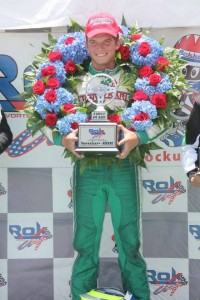 Castro is making a return to the Rok Cup International Final, after clinching the Rok Masters title in the USA.

The Super Rok engine is the same powerplant used in the Rok Cup USA program.  The Rok Cup Canada focused solely on the Super Rok class in 2014, and the Italian Motors squad will send four drivers – McGregor, Pottolichio, Redlin and Ruscitti.  Redlin won four of the eight Rok Cup Canada races en route to second in the championship. Pottolichio competed in the IMSA Lites 1 category, finishing third in the standings. The RaceLab’s Chris Eagles won the Rok Cup Canada title this year, scoring three wins, and will look for a strong outing in Italy. Stross won the USA crown, on the strength of three victories, and has racked up among the most races in 2014 according to the eKartingNews.com Driver Rankings, racing nearly every weekend of the year. 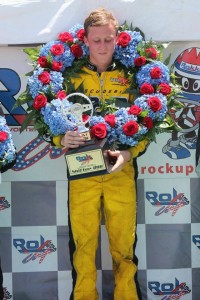 Aponto is the Rok Cup USA Masters Shifter champion, while Myers is the regular Rok Shifter class champion in the Rok Cup USA standings. Myers should be very exciting to watch in the event, as he has become a top driver in the US.  Hankinson was a Masters competitor, finish fourth in this year’s title chase. Lerch is a rising star in the shifterkart ranks, as well as open wheel cars, and will be making his European debut.