Kremers and Puhakka Join Race of Stars in Australia 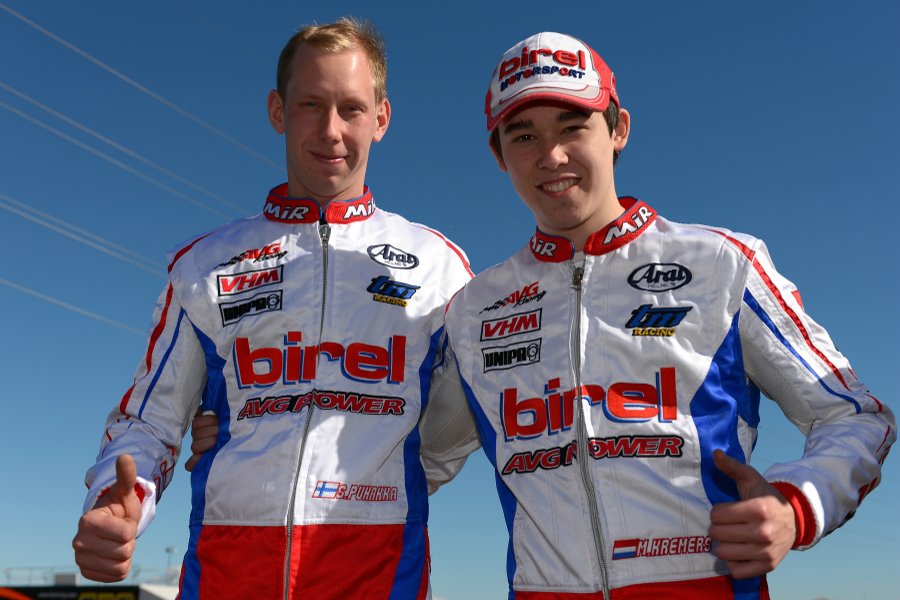 Simo Puhakka and Marijn Kremers will join the Gold Coast-based Patrizicorse outfit for the Race of Stars (Pic: KSP)

Rising Dutch driver Marijn Kremers and four-time Finnish Champion Simo Puhakka will be heading to Australia to be a part of the Race of Stars on the Gold Coast later this month (October 18).

The Race of Stars is powered by the V8 Superfest that surrounds the Castrol EDGE Gold Coast 600.  The V8 Superfest is a community events program that is an initiative of the Queensland Government, Gold Coast City Council and V8 Supercars Australia.  The free event is open to spectators and last year enjoyed great attendances.

Kremers and Puhakka will be lining up at the event, that now features no less than eight top line international drivers along with Australia’s best, with the Gold Coast-based Patrizicorse outfit.

The pair will compete in the six-speed gearbox KZ2 category at the October 18 event where drivers are expected to reach speeds in excess of 160 km/h.

The Race of Stars will be Kremers’ second visit to Australia this year while Puhakka will be making his first trip Down Under.

“I competed in the first round of the CIK Stars of Karting Championship at Ipswich this year and really enjoyed my time there,” said Kremers.

“I didn’t get a lot of time to see anything other than the racetrack but had a great time.  I met some great people and the quality of drivers in Australia is very high.

“Throughout the year in the German and European Championships I have been quick but haven’t had luck, I really think that we can do well on the Gold Coast.”

While he may only be 26 years of age, Puhakka has been competing aboard a kart for the past 22 years with significant success and is excited about the opportunity to race in Australia.

“I’m heard a lot from other drivers who’ve been in Australia that they are great events and Australia has some very good drivers, so I’m happy to have a chance to race there,” said Puhakka.

“Throughout the years I’ve spent a of time with Ben Horstman (an Australian driver who’s been living in Europe for many years) and he is a great guy.  I’m looking forward to a great race and seeing a new country.”

More than 150 drivers are expected to be on the grid for the Race of Stars event across five classes of racing.  Along with Australia’s best, World Champions Davide Forè and Jonathon Thonon, European Champion Simas Juordvirsis, Italian Champion Lorenzo Camplese and New Zealand Champion Daniel Bray along with reigning Rotax Grand Final Junior Winner Juan Manuel Correa will join Kremers and Puhakka on the entry list.