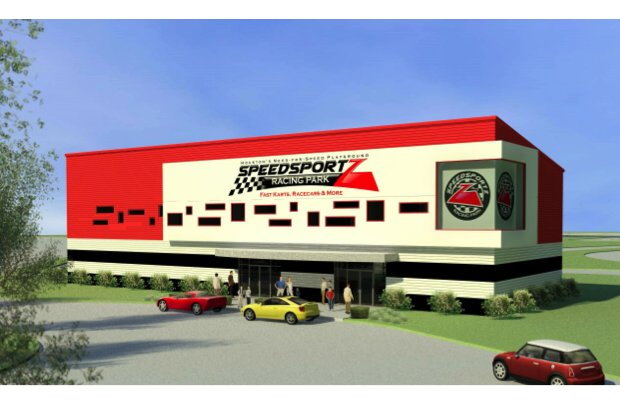 The previously named Motorsportz at Grand Texas is ready to change the game in karting entertainment. Looking to distinguish themselves in the motorsports world with their now official name, SpeedsportZ Racing Park (ZRP), the international entrepreneurial group is looking to change the game in outdoor consumer karting.

The flagship venue, previously announced at the 550+ acre Grand Texas Sports and Entertainment District in North Houston, will include multiple tracks for both consumer and performance uses, as well as shops/sales for specialty autos and karting. Restaurants and hotels surround the flagship property.

Simultaneous with the opening of the kart/car ZRP flagship model in North Houston, ZKP is preparing to launch a karting-only concept in Katy or Texas City, both part of the Houston MSA. Crawford says, “Not every site can have 5+ million visitors across the street. We want to prove a ‘small-store’ outdoor karting market not unlike the indoor karting business.” More details will be forthcoming in early 2015.

ZRP also wishes to announce that current Formula 1 Driver, Sergio “Checo” Perez, will be joining the ZRP Grand Texas flagship location as a consultant and member. Checo currently drives an F1 Mercedes and keeps a home in The Woodlands, Texas, near the new track.

Crawford says, “Checo’s karts-to-cars-to-F1 story is one that every racer dreams and to have Checo’s involvement is an exciting reality for ZRP.” In addition to seeing Checo racing his shifter kart at ZRP, the facility will also create “Checo’s Checkered Lounge” which will be the focus of the second floor viewing lounge as a museum-quality tribute to Checo’s unique, success story. ZRP will also host several annual fund raisers for Checo’s charitable foundation.

One of SpeedsportZ Racing Park’s goals is to find the “next” Checo Perez among the Houston racing scene and several annual sponsorships will be offered to those in the local karting community in all age groups.

The “Need-for-Speed Playground” is starting to shape up in North Houston with prospects for huge volume and racing variety. Construction begins next month and more announcements are coming soon including information about ZRP’s raucous “Saturday Nights Shifter Fights” series with big cash prizes every race.