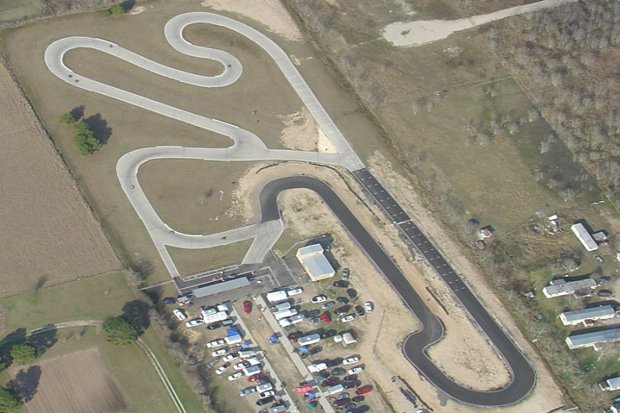 The Superkarts! USA Texas ProKart Challenge is heading into its final weekend of the 2014 season. The series – presented by 3G Kart Racing/Burger King®/Chase Racing/Dallas Karting Complex/Fernelius Alvarez Attorneys – travels to the Gulf Coast Kartway in Katy, Texas for Round Seven and Eight. Located 40 miles to the west of Houston, Gulf Coast Kartway is a challenging 7/10 of a mile long 11-turn road course. The track features a 780-foot long front stretch, which is sure to provide plenty of exciting shootouts to the checkered flags.  There are plenty of championship fights that will go down to the wire, as we have seen in the last three years of the program, with drivers looking to cash in on the $40,000 prize purse.

Added to that prize package is a new partnership with Motorsports Development Group. This new successful driver development program in sports car racing is offering a test session to two lucky Texas ProKart Challenge following the finale weekend in Katy. One driver from the Junior categories and one driver from the Senior categories will be given a test in one of MDG’s development cars with their Pirelli World Challenge Team.

Tyler, Texas driver Miguel Lopez is looking to lock up the title in the Pole Position/DR Kart S2 Semi-Pro Stock Moto class in Katy. Lopez put up a perfect score in the opening round at Dallas, and again during Round Five at Denton. Luke Shanahan sits second, thanks to four trips to the podium so far this year, still looking for his first victory of the season. Consistently one of the most exciting classes to watch at any given Texas PKC race weekend is the HPD/Honda S4 Master Stock Moto. Racers are sure to put on another great show in Katy. Thus far, defending series champion Chris Jennings has traded wins with SKUSA Pro Tour champion Jordon Musser, as Jennings leads the win column 4-2. Raul Guzman of Mexico sits comfortably atop the standings in the SwedeTech Racing Engines S5 Junior Stock Moto class with three wins this season. Behind Guzman is Jacob Loomis, who has three podium finishes to his credit this year with SKUSA Pro Tour championship leader Trenton Estep in third. In the RPM Race Karts S3 Novice Stock Moto field, Conor Turnage leads AJ Hayes, and Kyle Counts.

Luke Waller is leading the way to Katy, and the championship in the Fernelius Alvarez Attorneys TaG Senior class. Waller has scored two wins this season and visited the podium on two other occasions. Austin Osborne is in second place, 165 points back with Colorado’s Jason Dempster 222 markers behind in third. Less than 100 points separate Juan David Gomez and Mat Souza in the Dreams Captured Photography TaG Master class. Gomez is coming off a double win weekend in August at Denton, while Souza has one win to his credit from Round Three in Oklahoma. Jak Crawford leads Cade McKee by 330 points in the Kart Life TaG Cadet category. Crawford has finished second in the last three races and yet to win a feature race, while McKee has a second best fourth place result twice in 2014. Paige Evans has secured the championship in the Turbo Lube/Motul TaG Junior class heading to the season finale.

The entries and the action in the Burger King® Rotax Max Challenge classes offered at the Texas PKC have been stacked with talented fields, preparing drivers to compete at the national and international level. CJ Cramm holds the narrowest point lead coming into the final weekend of 2014. Fifteen is the number of points that separate Cramm from second place Nathan Mauel in the Dallas Karting Complex DD2 class. Consistency has been key for Cramm this season, as the point leader has not won a feature race through the first six rounds. Cramm has finished on the podium in the last three races. Mauel found the top step of the podium at Round Three Oklahoma, and has finished on the podium two of the last three races. Nathan Adds is in third place, scoring the last three feature victories. Lance Lehrman has a sizeable lead over Phillip Stoelman in the Dallas Karting Complex DD2 Masters category thanks to the three wins he has amassed over the six races.

Three drivers enter the finale weekend separated by just 47 points. Jesse Woodyard holds the point lead over Conner Ford and Thomas Beaudoin. Woodyard has just one win, while Ford has two. Beaudoin is winless, however his four podium results has kept him in the hunt after six rounds. Riley Dickinson is carrying the momentum into the series finale, holding the lead in the Chase Racing Mini Max class. Dickinson’s has three straight wins, including a sweep of the weekend in Denton. Alejandro Jaramillo trails in the standings, needing a lot of help to knock down Dickinson. The title is still up for grabs in the Enertech Rotax Junior class, as Parker Chase holds a 74-point advantage over Luis Alfonso Perez Pena. Each have two wins, two runner-ups and two third place results. The title could come down to a deep tie-breaker. Jak Crawford has been nearly perfect this year in the Ribtect Micro Max class. Jak has five wins in six rounds, nearly clinching the championship in Denton.

The Texas ProKart Challenge would like to remind Stock Moto competitors that air boxes are mandatory for the Gulf Coast Kartway. For the S1, S2, S3, S4 and S5 categories, the air box must be in stock form with no modifications to the box or the inlet tubes. Air boxes may have up to three (3) inlet tubes, each must not exceed 29mm +/- 1mm inside diameter and 95mm minimum length. Approved air boxes are limited to CIK-approved and RLV 0344.