The 2014 Streets of Lancaster Grand Prix is underway as the southern California city hosts a three-day festival in the downtown area. The California ProKart Challenge is finishing up their 2014 season with a two-day event, featuring over 100 drivers as Superkarts! USA regional program puts on the race event. 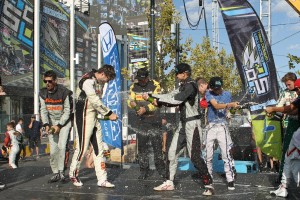 Column: From the Tower