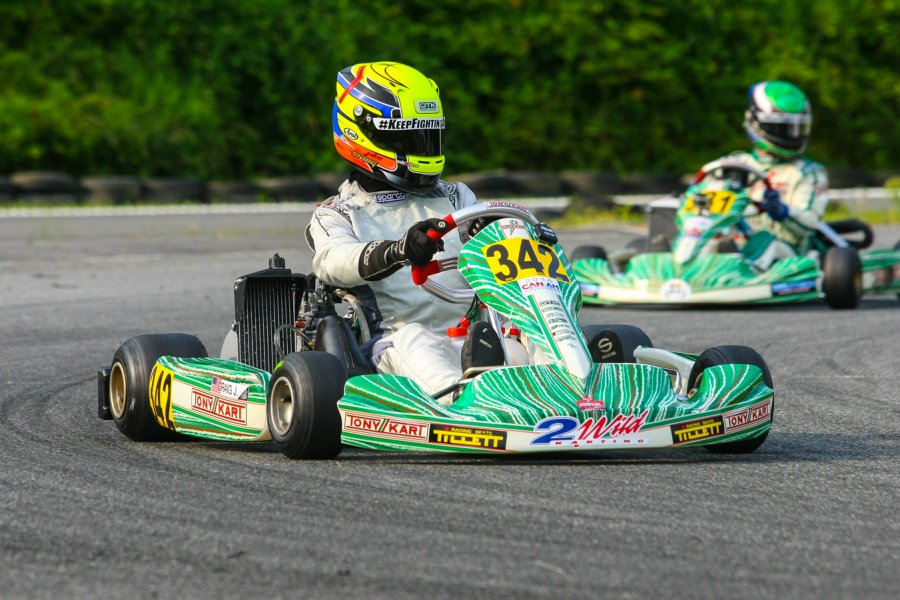 As the 2014 US Rotax Max Grand Nationals Senior Max champion, it will be a tall order to unseat Jake Craig as the top TaG pilot in the eKartingNews.com Driver Rankings. Craig has earned top honors for the second month in a row after a very strong late summer surge. Coupled with the great season at the Challenge of the Americas to start the year, 2014 thus far has reminded everyone of how good of a driver the Tony Kart pilot truly is.

Dustin Stross (Tony Kart) moved one spot from third to second over the last month. A runner-up finish in the final round of the United States Pro Kart Series helped push Stross into the second position, boasting the highest race total at 37 feature events over the last 12-months.

AJ Myers (PCR) picked up four positions in the rankings, going from seventh to third this month. The Checkered Motorsports driver scored a win, and a top-10 finish at United States Pro Kart Series finale to secure the series championship. Fellow Florida driver Oliver Askew dropped down to fourth place after sitting second last month. The Ocala Gran Prix Tony Kart driver was the #1 pilot from May to August, missing out on defending his US Rotax Grand Nationals due to a back injury in July. Last year’s USPKS Leopard Pro champion Kyle Kalish also dropped in the standings, going from fourth to fifth having finished runner-up in this year’s championship chase.

USPKS racers continue to populate the top-10. Derek Dignan of Michigan gained two spots to move in to sixth in the rankings. Dignan (FA Kart) had a successful last weekend of the USPKS as he drove to the podium in Round Seven with a third place finish, and brought home a top-five finish on Sunday to end the season strong. His KartSport North America teammate, two-time race winner Roger Ralston Jr. (FA Kart), slipped two spots and currently sits seventh.

Former #1 EKN Driver Rankings driver Louie Pagano of the Dallas Karting Complex/Sodi Kart USA program also lost a pair of positions, going from sixth in August, to eighth after the most recent point tally. Mike Giessen moved an impressive 11 spots up the rankings, going from 20th in August, to inside the top-10 in ninth this month. Giessen drove his Deadly Kart to a sixth and fourth place results at the USPKS finale after earning two wins in July. Giessen won a ticket to the IAME International Final on October 15-19 on the new International Circuit of Le Mans in France. Despite falling one spot, Senior rookie Kyle Kirkwood puts two Ocala Gran Prix drivers inside the top-10. Dropping out of the top-10 is Cold Stone US Grand Nationals runner-up Daniel Roeper, as the Birel driver from Florida is set to make his first Team USA start come November in Spain. 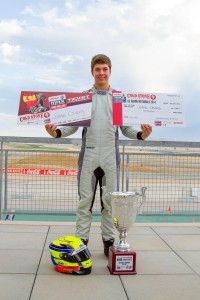 For a second straight month, Craig stands atop the TaG Driver Rankings. There is no arguing that Craig has had a banner 2014 season. The 2 Wild Karting/Tony Kart driver as been at the front of the field all season, at multiple major events and series. Craig was three points short of the Rotax Challenge of the Americas championship, currently leads the Superkarts! USA Pro Tour standings with a double-win weekend in Dallas, scored the victory at the Cold Stone US Grand Nationals for his first US Rotax title, and defended his Rotax Can-Am ProKart Challenge championship to earn a second Rotax Grand Finals ticket on the year. Sitting out the upcoming Streets of Lancaster event, Craig will focus his efforts on preparing for back to back weeks, competing at the SKUSA SuperNationals XVIII in Las Vegas before taking a Sunday evening flight to Spain for the 2014 Rotax Grand Finals. 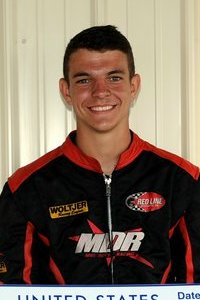 Pennsylvania racer Brandon Jarsocrak is this month’s TaG driver ‘On the Move’ advancing from the 31st position back in August, to 11th this month. The Mike Doty Racing pilot had a fantastic rookie season at the United States Pro Kart Series this year, competing in both the Yamaha Pro and Leopard Pro division. His Yamaha championship season earned him the EKN August Driver of the Month, and his recent results in the Leoaprd division helped to propel him up the rankings. Brandon went from the Deadly Kart, earning a podium at South Bend, to a Tony Kart, landing on the podium twice at the series finale in New Castle. Shut out of the main event on SuperSunday at the SuperNationals last year in his Senior debut, Jarsocrak is going back for redemption.