CRG to Celebrate Its 30th Anniversary in World Championships at Essay: 1984-2014 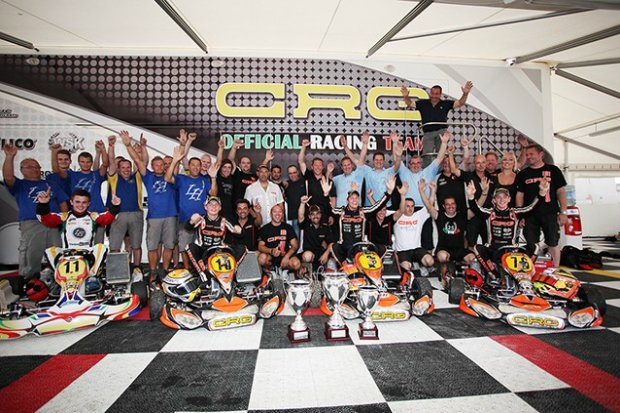 The CIK-FIA KF World Championship will take place next 21 September 2014 in Essay (France) and this date will represent for CRG the 30th year of an history full of success since its first participation in a World Championship with direct drive karts that was won by the Danish driver Jorn Haase in Formula K on CRG-Kalì Kart/Komet/Dunlop. That race was held in Germany, at Liedolsheim on 16 September 1984. 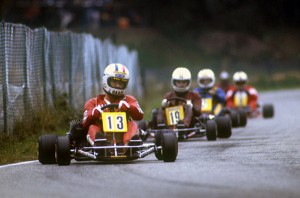 Since then, it has been a history full of success that made CRG the brand that is today: a world reference point in karting. Regarding CIK-FIA World Championships and World Cups won with direct drive karts, CRG‘s palmares contains 25 titles secured from 1984 to 2013, as the latter was won by Tom Joyner on Zanardi by Tinini Group, that is CRG.

Some 11 further World Titles came CRG’s ways in shifter karting series, including World Champoinships and World Cups in Formula C, KZ1 and KZ2. This success story starts from Gabriele Tarquini‘s title back in 1984 and gets to nowadays with the two titles won by Jordon Lennox-Lamb in the KZ2 World Cup of 2012 and by Max Verstappen in the KZ 2013 World Championship in 2013.

Regarding the direct drive karts and the 25 titles won by CRG in this category, following the victory obtained by Haase, the world championships record-man, Mike Wilson (6 titles in his career), won the title in 1985 and put his name under CRG’s second win on September 22 in Parma in Formula K, on CRG-Kalì Kart/Komet/Dunlop. Wilson repeated the feat for CRG twice more in Formula K, in 1988 in Laval (18 September) and in 1989 in Valence (17 September). Meanwhile, the French driver Emmanuel Collard on CRG/Rotax/Dunlop also won the World Championship in Formula Super 100 in 1988 at Laval’s circuit.

Danilo Rossi and CRG repeated their success in 1992 in Formula K on CRG/Rotax/Dunlop at Ugento (20 September). In 1994, Alessandro Manetti won the World Championship Formula Super A on CRG/Rotax/Vega in Cordoba (Argentine) on 18 September.

Vitantonio Liuzzi – who later on competed in Formula 1 – won the 2001 World Championship in Formula Super A on CRG/Maxter/Bridgestone. That championship for the first time was run in 5 rounds (Montreal 17 June, Salbris 29 July, Sarno 26 August, Mariembourg 23 September, Kerpen 28 October).

The following year, another CRG driver that afterwards went on to race in Formula 1, the Dutch Giedo Van Der Garde on CRG/Maxter/Bridgestone won the World Championship in Formula Super A, at the end of a 5 rounds campaign (Mariembourg 2 June, Alaharma 30 June, Braga 11 August, Salbris 8 September, La Conca 27 October).

CRG won another world title, for the third time in a row, in 2003 as the New Zealand’s driver Wade Grant Cunningham on CRG/Maxter/Bridgestone secure the Formula A World Championship in Sarno (Italy) on 20 October.

The French Arnaud Kozlinski won hands down the 2009 campaign of the Super KF World Championship on 8 November in Macau on CRG/Maxter/Bridgestone.

The latest KF World Championship won by CRG is dated 2013, as Tom Joyner on Zanardi/Tm/Bridgestone was victorious for Tinini Group after the two rounds of Brandon held on 1 September and in Bahrain on 23 November. 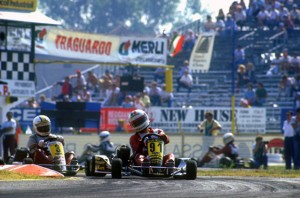 Some further world titles went CRG’s ways from the World Cups. The circuit of Suzuka (Japan) has been the battle field for direct drive kart categories during 90s. In 1992 Danilo Rossi secured the title in Formula K on 31 May, then Alberto Pedemonte won it in the same event but in Formula A on CRG-Kalì Kart/Rotax/Dunlop. Paolo Moro on CRG-Kalì Kart/Italsistem/Vega won the Formula A World Cup on 30 May 1993. Luca Casazza won it again in Formula A on CRG/Rotax/Vega on 29 May 1994. In 1999, Vitantonio Liuzzi secured the Formula Super A World Cup on CRG/CRG/Bridgestone on 28 November.

In 2000 the Brit Lewis Hamilton – who also went all the way from CRG to Formula One – made the title his on CRG/Parilla/Bridgestone in Formula A, at Montegi’s track (Japan), on 26 November.

Finally, in 2012 Felice Tiene on CRG/Bmb/Vega won the KF2 World Cup in an historic triplet for CRG in Zuera’s race held on 23 September. In the occasion, Max Verstappen was second and Jordon Lennox-Lamb third.