2015 will see stops in Homestead, Orlando and Ocala

After the recent announcement of the acquisition of the Formula Kart Productions Florida Winter Tour (FWT), the MAXSpeed Group is pleased to announce the dates and locations for the 2015 edition of the popular and competitive series as well as some big changes to the Formula Kart weekend class structure.  The upcoming season will feature the back-to-back weekends, making stops at beloved FWT tracks Homestead Karting, Orlando Kart Center and Ocala Gran Prix. Big changes will come on the first weekend of the double weekend format as MAXSpeed Entertainment will take over the Rok Cup USA program and offer only Rok Classes on the Formula Kart weekend. 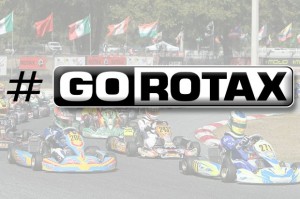 “MAXSpeed Entertainment is proud to lock down three solid facilities for the 2015 FWT program,” explains Garett Potter, MAXSpeed Group’s newly appointed Director of Race Promotion.  “These three locations have been staples in the FWT program in previous years and we are excited to continue to work with the track owners and operators to help elevate the playing field. We have also made some major changes to the class structure on the Formula Kart weekend to try and improve on Bill Wright’s efforts to grow the program by removing the TaG platform divisions and adding Rok Cup USA classes.”

Potter continued, “The team at MAXSpeed have worked diligently to put together the best program possible for the karters. Combining forces to work with OTK Srl. and the Rok Cup program, we feel that we have the best platform in place to offer the competitors and teams of the 2015 Florida Winter Tour.”

Kicking off the 2015 Florida Winter Tour down south, karters will travel to the Homestead Karting facility for the opening rounds of the program before making the trek back north throughout Florida. Homestead Karting is just 45 minutes south of the exciting city of Miami and always provides a great racing environment. The track design may be simple but has deep braking zones and provides some excellent wheel-to-wheel racing.

The second stop of the tour will take place at the popular Orlando Kart Center (OKC) in Orlando, Florida. OKC has seen improvements week in and week out to their facility and is now one of the most spectator friendly tracks that the United States has to offer. Located only minutes from downtown Orlando and Disney World, OKC is a family friendly track. With a fast and technical layout OKC will allow divers to showcase their abilities and kart setup, as the series passes the halfway mark.

Last but not least on the Florida Winter Tour calendar will make a return visit to the picturesque Ocala Gran Prix. As a strong supporter of the Florida Winter Tour for numerous seasons, the staple facility will once again return to the calendar as Jorge Arellano and his crew always put on a great show. Mixing it up for 2015, the Florida Winter Tour will swap the track direction while still utilizing the existing layout as competitors will now race counter clockwise for the third and final event weekends.

Potter added, “After our acquisition of the FWT, our goal is to take this program and breathe new life into it, with the solid team MAXSpeed has put together over the past few years. We plan to work with and support our partners to make this the best program in the country.”

With the support of several companies within the karting industry, MAXSpeed Entertainment will have an event kick-off gathering for all teams and competitors each and every race weekend. Taking place on the Friday evening at the conclusion of the day’s on track activities, MAXSpeed Entertainment will host a ‘Team and Competitor Social Hour’ with food and drinks for all as thank you for participation in the Florida Winter Tour. Stay tuned for more details.