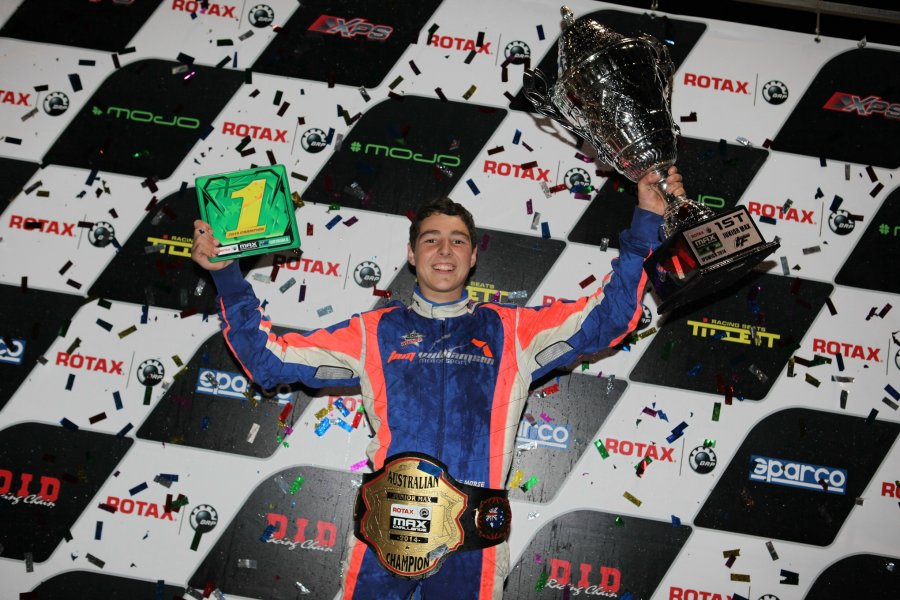 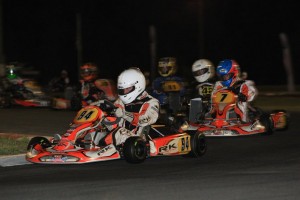 Three first-time National Champions were crowned at the 2014 Sparco Rotax Nationals in Ipswich on Saturday night.

At mid-race distance Ojeda started to show some impressive speed aboard his Exprit kart and elevated himself into third spot before setting his sights on the leading duo.  With eight laps remaining Ojeda relieved Goddard of second spot, shortly after Fullwood followed him through.

After a frantic few laps at the end of the race, it was Morse who crossed the line half a kart-length clear of Goddard, Ojeda and Fullwood.

“It is just an amazing feeling to have won,” said Morse.

“The final was a really great race, and any one of us inside the top five could have won it.  During the last few laps I just kept telling myself to drive smart and make sure I was in the right spot when it matter – in the end that’s what happened.”

Jenner’s victory in Rotax Light was a dominant one with the RK Karts driver leading every lap of the 20-lap championship final.  The Victorian, who has been the standout performer in the Rotax Pro Tour this year, greeted the chequered flag in front of his team-mate Nicholas Andrews. 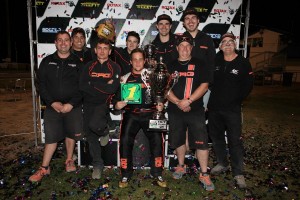 Cian Fothergill held down third place for the majority of the race before New Zealander Daniel Kinsman moved into third with a handful of laps remaining.

“I’ve been trying to win this title for four years now, so it feels really good to finally break through,” said Jenner.

“While I led every lap, it wasn’t until I looked back for the first time with two laps remaining that I knew how much of a gap I had in the lead.  It was then I made sure I didn’t push as hard and hit as many kerbs to ensure I could nurse it home.”

In the Rotax Heavy class, Barbera became the second driver from Bundaberg to be crowned Champion in the 14-year history of the event.

The 20-lap final was one of the most memorable races for many years with former dual champion Kel Treseder and Brendan Nelson battling intensely at the front of the field.

After one of the most intense battles seen for many years that saw Treseder, Nelson, Barbera – and later Jason Pringle, Clem O’Mara and Scott Simpson – all exchange positions.  As Nelson led at the end of the back straight, Treseder made an ambitious move for the lead and ran over the top of Nelson, eliminating them both in spectacular fashion.

As they emerged from the dust, Barbera crossed the line one kart-length ahead of Simpson to claim his maiden National Championship.

“That was probably the toughest race that I’ve ever been in.  There was action everywhere and everyone was pushing to the limit,” said Barbera. 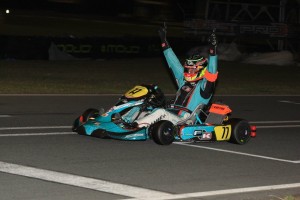 “When Kel and Brendan came together on the last lap, my eyes opened up and it was an unreal reeling crossing the line.

“I guess this means I’ve now got the keys to the Bundaberg Mayoral Office from Kel for now.”

Two-time World Champion Bas Lammers was the star of the DD2 field across the weekend but his road to victory in the DD2 final wasn’t an easy one.

Set to start from pole position, the Dutchman stopped prior to the start with a mechanical issue aboard his Formula K Australia entry.  Luckily, he was able to restart prior to the green light, however, his dramas didn’t end there.

He was then swamped at the start and dropped back to eighth spot as Jordan Boys led the way.

By mid-race Lammers had charged his way back to third place as Boys and Jaxon Evans were battling for the lead.  With ten laps remaining Evans and Boys came together at the end of the back straight eliminating them both and allowing Lammers to regain the front running.

New Zealander Josh Dysdale was a solid second as Treseder faced pressure from Michael Stewart.  As Lammers drove off into the distance, Treseder passed Drysdale for second place.  Stewart then followed him through to secure the final spot on the podium.

Harrison Hoey was victorious on debut in the Sodi Junior Rotax Trophy Class while Adam Hunter continued his domination of the DD2 Masters class. 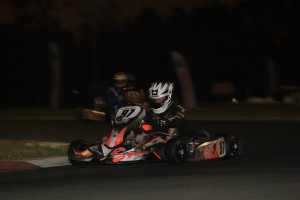 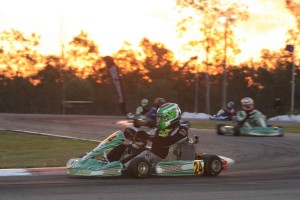