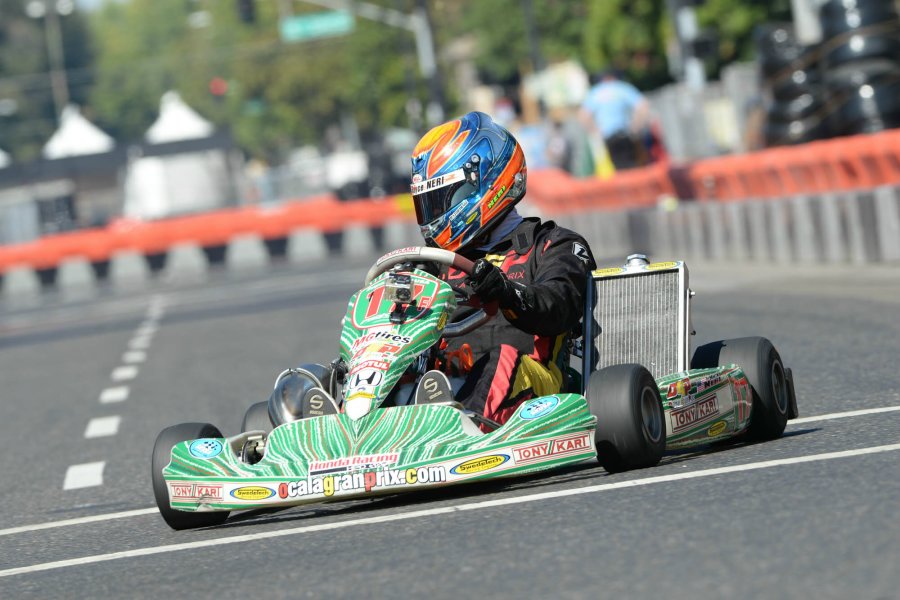 The core of the 2014 season is upon us, and the many events throughout July and August are now defining the racing year. Regional racing is closing in on its completion, while the national schedule was amped up with the recent running of the Superkarts! USA SummerNationals at the Modesto Grand Prix. At the street race held under the lights, Florida’s Nick Neri put himself on the podium both days to leapfrog him up the eKartingNews.com Stock Moto Driver Rankings to the prestigious number one position.

Neri becomes one of a few drivers to have held the number one position in both the Stock Moto and TaG categories, having held the top spot in TaG in previous editions of the EKN Driver Rankings. The Ocala Gran Prix/Tony Kart driver got his first taste of the Stock Moto division back in 2011, winning the S2 Semi-Pro category at the SuperNationals. Last year was his S1 debut, placing runner-up to series champion Joey Wimsett. Since then, Neri has stood on the podium at every Pro Tour event to make it five straight. This consistency has demoted former number one driver Billy Musgrave (MRC/Tony Kart) to the second spot, trailing by 151 points. Following Neri’s lead of advancement, veteran Ron White (CRG) has put himself into the top-five. White is a recent winner at the California ProKart Challenge, and was among the quick drivers in Modesto to add a second top-10 finish on the season to go along with his fifth at the SuperNationals XVII.

Two-time Pro Tour champion Fritz Leesmann (Aluminos) falls from second to fourth, not quite in the championship form he was in 2010 and 2012. Moving into the top-five is S1 rookie Connor Wagner. The 2013 SuperNationals S2 Semi-Pro winner started out the season with two podium finishes at the California ProKart Challenge, and earned his first top-10 result on the Pro Tour in Modesto, racing in memory of his former mechanic Brad Kindhart. He is closely chased by S2 Pro Tour champion Christian Schureman (PSL Karting/CRG). The Colorado driver also had his better weekend of the 2014 season thus far, earning a best finish of seventh.

Dropping to seventh is another S1 rookie Augie Lerch. The Pure Karting/Tony Kart pilot missed the SummerNationals due to a conflict with his F1600 Formula F Championship Series event in Pittsburgh. Lerch drove to a podium finish in the first race of the weekend, and currently sits third in the championship chase. Another driver returning into the top-10 is ‘Double Nickel’ Cody Hodgson. A former top shifterkart driver and two-time Rotax national champ, Hodgson (Tony Kart) has three straight top-10 results thus far on the Pro Tour. Up one position is the newest driver to the Praga driver lineup, with Leading Edge Motorsports driver Ryan Kinnear having an impressive debut at Modesto. Completing the top-10 is S1 rookie Oliver Askew. The Ocala Gran Prix/Tony Kart driver was the quickest out of the gate, coming back from a back injury that plagued him just a few weeks prior. A poor restart on Saturday and contact Sunday took him out of the running for his first Pro Tour victory, but is sure to be a challenger in Las Vegas. Out of the top-10 include Mike Beeny, Sabré Cook, and Tyler Bennett – who all had difficult weekends in Modesto, along with Christian Bird who was not competing at the SummerNationals. 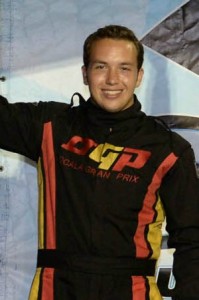 Neri is becoming one of the most decorated racers in the sport of karting. A WKA champion, multi-time Florida Winter Tour title winner, and now a four-time Rotax Grand Nationals winner, the Ocala Gran Prix driver is looking to add another crown to his resume. Already a winner at the SuperNationals in the S2 category (2011), Neri will enter the SuperNationals as a title contender in the S1 division. Four straight podium finishes have him as the lead challenger against four-race winner Jordon Lennox. Nick will also be looking to match or better the second place result set by Joey Wimsett at the Rotax Grand Finals in the DD2 category for Team USA last year in New Orleans. 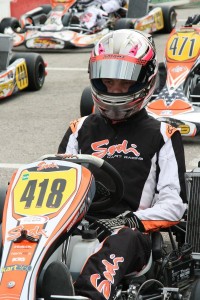 The proof of the SKUSA Ladder System in Stock Moto working is in the numbers. This year is the highest S1 and S2 fields we have ever seen, with many getting their start in the S5 Junior category. The recently turned 16-year old graduated to the S2 Semi-Pro division this year, and has gotten off to a solid start for a rookie. A key helping point to his good start was the SpringNationals being held at his home track – Dallas Karting Complex. The Sodi Kart USA driver posted two top-eight results to help boost his confidence moving forward. It showed in Modesto, as the young pilot drove smart and avoided much of the carnage, finishing 11th and 12th in his first street race. Racing in the what is the a deep S2 field in the Texas ProKart Challenge, the grooming period shouldn’t last long and Adds will be fighting for podiums on the Pro Tour next year.