Smyth/Bray Battle Just One of ProKart Highlights in the Bay 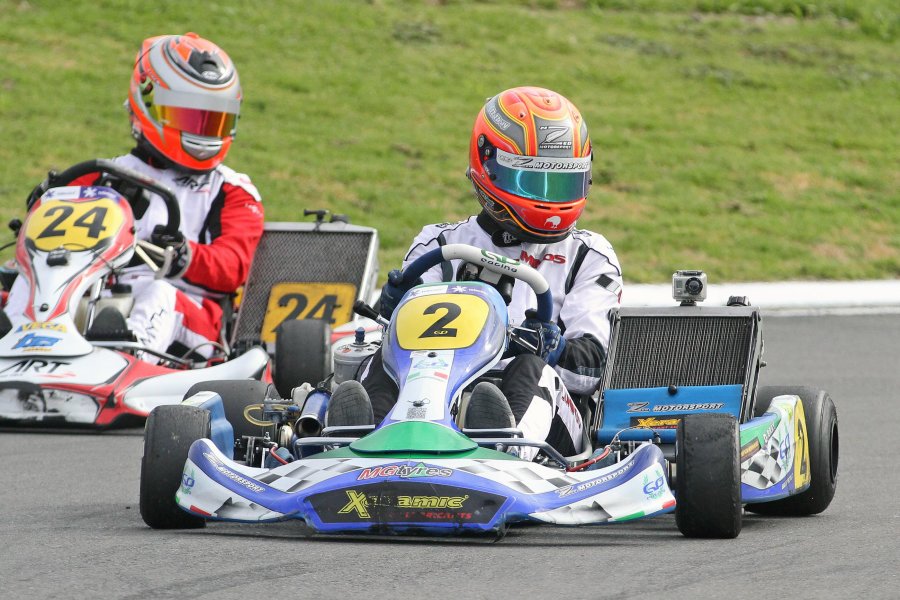 The battle for KZ2 class honours between Graeme Smyth and Daniel Bray was just of the highlights of an all-action penultimate round of the 2014 Pro Kart Series in Hawke’s Bay over the weekend.

Because he missed the first two rounds of this year’s series kart and car racer Smyth has too big a points gap on season-long KZ2 class points leader Daniel Bray to be a title threat.  And Bray did win the Final at KartSport Hawke’s Bay’s Chemz Raceway at Roy’s Hill on Sunday.

Smyth didn’t let that stop him trying though, qualifying quickest before going on to win two of the three KZ2 heats and the Pre-Final, all from Bray, young Australian ace Jaxon Evans and multi-time South Island sprint class champion Chris Cox.

By the time the Final came around Bray had finally found a set-up his kart liked on the fast but technical Hastings track, however, leading from start to finish, but paidcredit  afterwards to both arch-rival Smyth, and his own teenage teammate, Jaxon Evans.

“Graeme was definitely fast, he always is, but in our defence we went what turned out to be the wrong way with set-up on Friday and spent the rest of the weekend constantly changing the kart to try and find some time in it. We got there, but not until the end and all I can say on that is that at least we now have some good notes on the track for next year.

“It was good to see Jaxon get his first win here though, in fact, for me his was the standout performance in that he was the driver who improved the most.” 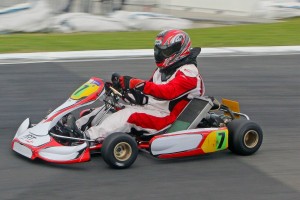 The 17-year-old from Australia’s Gold Coast also won his first series race at the meeting, claiming victory in the reverse top six third heat from Bray, Smyth and Chris Cox.

Over the two days Cox found himself bridging the gap between the front-running trio of Smyth, Bray and Evans and the premier class’ eight-strong mid-field battle pack, from which Aucklanders Aaron Wilson, Luke Dobbs and Jordan Morris, and Nelson’s Matt Butchart, impressed with regular spots in the top six.

Curran, Lambert and series promoter, Aucklander Steve Brown, locked out the top three places in qualifying and the first heat but Kugener was up to third in the second heat and second in both the reverse top six third heat and Pre-Final.

Lambert won the third heat but after a tangle with Tom Curran at the first corner the Pre-Final was won by Brown from Kugener and Aucklander Mark Wheeler.

Curran – who recovered to finish fourth in the Pre-Final – then went on to re-assert his traditional dominance in the Final, winning it from Brown, Wheeler, Kugener and Lambert.

Seventh place in the first heat was to prove costly for Elder though, Cullum’s better consistency (finishing either first or second each time he went out) giving him the round win by four points.

Connor Adam and his father Simon were the best of the father/son combinations with Connor third and Simon sixth in qualifying and again the the Final.

“He really lifted the meeting,” says Brown. “He took the art of commentary to another level with his knowledge, interviews and insights as he called the races!”

The weekend’s round was the fifth of sixth and shared the bill with the Rotax Max Challenge New Zealand supported by Schwarzkopf Professional.

KartSport Auckland hosts the final rounds of both series over the September 20/21 weekend. 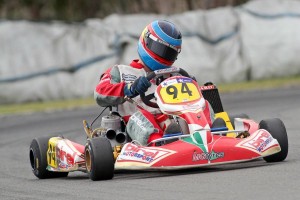