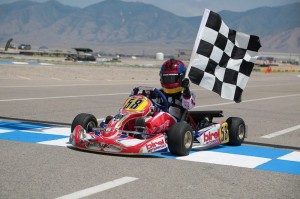 There were six classes at this year’s US Rotax Max Grand Nationals held at Miller Motorsports Park in Toole, UT and Birel scored podiums in three of them, using three different chassis models. The results showcased the strong chassis line-up of the Birel C28 Cadet chassis, RY30-S6 and the CRY30-DD2 chassis all used to score fast laps, wins or podiums. Sebastian Montoya, son of IndyCar driver, Juan Pablo Montoya, took the overall victory in MicroMax. Dan Roeper and Jordon Musser each followed suit with podium finishes in their respective classes, Senior and DD2 Masters.

“Even completely out-numbered in entry count, Birel drivers, dealers and support teams showcased the abilities of the chassis very well,” said Garry Lobaugh, MRP Motorsport President. “We wish to provide as much technical support as possible for any teams or dealers wishing to utilize Birel in their program. It is a successful chassis with a rich heritage in our sport.”

Kicking off the “Finals Day” was Montoya who spend most of the week flying under the radar, qualifying in 7th while fellow Birel pilot, Jak Crawford took a strong pole, over a half a second quicker than his next competitor. During the heats, Crawford continued a strong showing, winning heat #1 and coming from further back to score 2nd in the Pre-Final while Montoya, continued to stay low-key, putting together a string of Top-10 finishes until the final. That is when the young driver hit his stride, moving from his 9th place starting position to the front, capitalizing on others mistakes to score a 5+ second win. Crawford came across the line in 5th, setting the fastest lap of the race, knowing he had the speed to win.

It looked like Birel was positioned to score more wins in other classes as well as Orsolon Racing’s, Dan Roeper, came close by finishing 2nd in Rotax Senior on his RY30-S6 chassis. The young talent qualified 5th and had some up and down results in the heats but fought hard to ultimately claim a 7th place starting spot for the pre-final. After 16 laps the driver had moved up to 5th, in a 4-way battle for 3rd, providing some positive energy for the finals. Roeper sprung to action and after 20 laps, had scored a runner-up finish and a ticket to the Grand Finals. 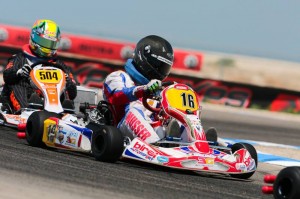 In DD2 Masters, it was Jordon Musser, using a CRY30-DD2, setting the pace early. The Texas-based driver had hoped to add a 5th Rotax National title to his trophy case and led both practice and put his Birel in pole position heading into the heats. Unfortunately some rough contact in the heat races didn’t allow him to set the pace. The fierce 3-way battle for the win in the final ended with Musser in 3rd and wishing for a few more laps.

Other notable Birel drivers scoring Top-10 results was Payton Durrant in MiniMax, qualifying in the top 10 and maintaining those Top-10 results with a solid 8th place in the nation in the Final. A pair of Top-10’s were taken in the Masters class by Birel drivers Joey McGuire (8th) and Andy Seesemann (10th) in the 20-lap final. It was Seesemann, however, that put on the show, scoring that 10th after starting in the back of the field after a 28th place finish in the pre-final. In Rotax Senior, Aiden Keel turned some bad luck in the pre-final into a mission to get back to the front, working his way past 19 other drivers to finish in the 14th position and score a GoRotax.com “Hard Charger Award”. Montoya and Seesemann were also awarded with “Hard charger” awards for their class.

The United States Rotax Max Grand Nationals are equivalent to the “Team USA Olympic Trials” for kart racing as over 34 states as well as Jamaica, Costa Rica, Trinidad and Mexico will be represented by drivers seeking a position on the North American team with a chance to compete against 44 other countries later this year at the World Grand Finals in Valencia, Spain.

ABOUT Birel America: BirelAmerica.com, operated by US Importer, MRP Motorsport, is your source for Birel & Freeline karting components in the United States. More information about Birel Racing Karts and several resources may be found at www.BirelAmerica.com or contact 269-756-9133 for a dealer nearest you.

ABOUT ROTAX MAX: In the past, karting targeted a loyal following due to the extensive amount of work and money involved in maintaining a kart.  In an effort to gain support and notoriety from outside the sport changes had to be made to make it easier and more affordable for the everyday person to own and operate one of these machines.  It was in this effort that the Rotax Max Challenge was born.  The Rotax Max Challenge is a spec-engine race series.  The series was designed for the recreational racer on a budget with limited time to spend as a mechanic.

Rotax Max is more than just a karting class based around a spec-engine, it is the embodiment of a return to the art of racing.  In a sport that has always been a combination of science and art, these sealed engines have minimized the role of science by combining maximum performance with 50 hours of running time backed by a 6 month warranty.  Support this technology with a worldwide program of local, regional, national and world championships and you have the Rotax Max Challenge. www.gorotax.com.