Heats Over in Kristianstad for CIK-FIA European Championships 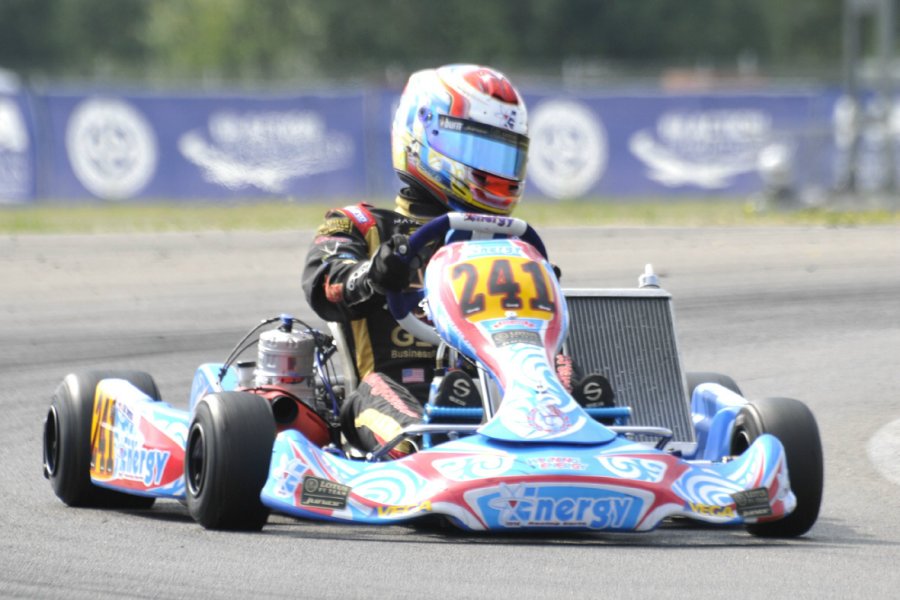 The preliminary phase, the one leading to the Prefinals, is over. The Swedish facility of  Kristianstad, tomorrow, will host the final phase of the CIK-FIA European Championship for the KZ, KZ2 and KF Junior categories. On the 1,231 metres of the Asum Ring, today’s heats decided the starting grids of tomorrow’s races. But today’s ranking also awarded the first points available for each category, in this third and last weekend of the european season for the drivers of the KZ and KZ2. They will be the protagonists of tomorrow’s challenges which will award the European titles of the two categories. For the KFJ there is still the fourth and last round, on schedule in Brandon (GB) on 31st August. In both cases, the temperature of the duels is getting hot in Kristianstad before tomorrow’s heated final.

Thonon attacks in KZ
Jonathan Thonon (Praga-Parilla-Bridgestone) was the best in KZ. The Belgian dominated winning two of the three heats he took part in. The driver from Waterloo took the lead peremptorily in the two races he won. However, in the third heat things got trickier for him when the Italian Marco Ardigò (Tony Kart-Vortex-Bridgestone) took the lead of the race and kept it until the end, after a battle against five opponents. Winning the Prefinal and the Final won’t be a piece of cake tomorrow, given that behind Ardigò the Dutch Bas Lammers (FK-Parilla-Bridgestone), the Czech Patrik Hajek (Praga-Parilla-Bridgestone) and the English Jordon Lennox-Lamb (CRG-Maxter) all placed ahead of Thonon.  The latter, thanks to the 10 points he scored at the end of the heats, got closer to the current leader, the Belgian Rick Dreezen (Zanardi-Parilla), who dropped back to 6th place in this phase of the round. Dreezen scored only 5 points, which may be very important for the forthcoming final. With Thonon in pole position, Hajek by his side, Lammers and Lennox-Lamb in second row, the Prefinal is going to be a thrilling one, with Ardigò ready to join the race to the title.

Correa still in the lead in KFJ
The American Juan Correa (Energy-TM-Vega) remains the favourite in Kristianstad, after the five wins achieved in today’s heats. The English Daniel Ticktum (Zanardi-Parilla-Vega), thanks to his three wins, is the only driver who managed to keep up with the American. Behind him the Dutch Bad Verkroost (FA Kart-TM-Vega) and the German Mick Junior (Tony Kart-Vortex-Vega), winners twice each. One victory each for the British Martin Ross (Tony Kart-TM-Vega), the German David Beckmann (Tony Kart-Vortex-Vega) and the Italian Lorenzo Travisanutto (PCR-TM-Vega). The current leader of the Championship, the English Enaam Ahmed (FA Kart-Vortex), did not win any heat and only scored a 13th place. He will start from the 7th row of the Prefinal. Correa will be the pole-sitter, with Ticktum by his side. Second row for Verkroost and Ross.

The final sprint live in streaming
With such uncertain races, there are great expectations for Sunday’s Prefinals and Finals. Fans will be able to watch the event from the drivers’ parade at 10:15 until the last podium on www.cikfia.tv and www.cikfiachampionship.com. On Rai Sport 2, on Wednesday 30th at 18:00, the delayed broadcast of the Finals. The special TV report is scheduled for next Friday 1st August, always on the same channel.