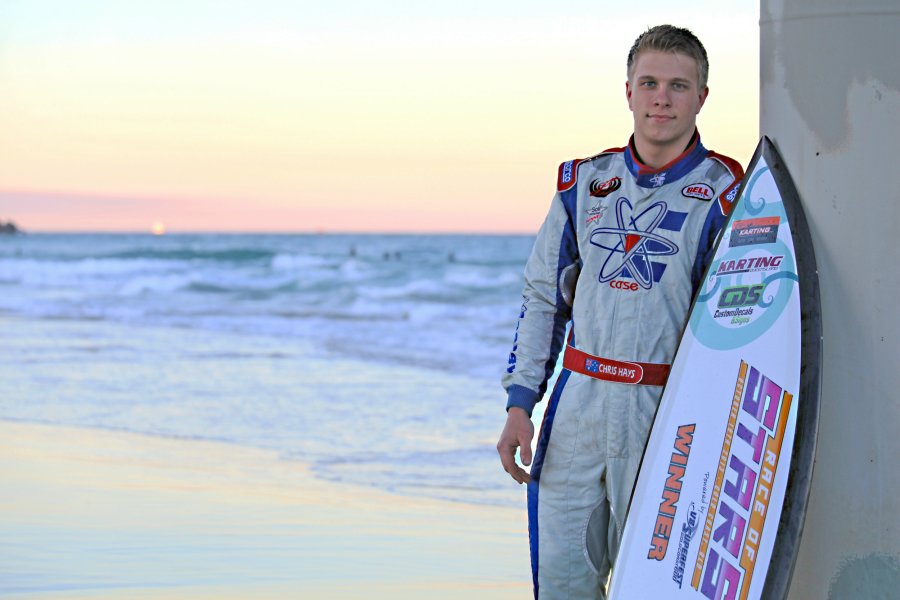 Following on from the inaugural event last October, the Race of Stars karting extravaganza will return to the Xtreme Karting Facility on the Gold Coast on October 18.

The Race of Stars event will see more than 150 of Australia’s, and some of the World’s, top drivers converge on the Pimpama venue as a part of the V8 Superfest.

The V8 Superfest – an initiative of the Queensland Government, Gold Coast City Council and V8 Supercars Australia – is a community events program that provides support to organisations and groups wishing to host events and projects that contribute to the festival surrounding the Castrol EDGE Gold Coast 600. The program also aims to help strengthen community spirit and support the building of local events expertise and knowledge, ensuring a greater contribution and legacy for the Gold Coast.

“Last year’s event was an enormous success, everyone who was in attendance was amazed by the atmosphere and excitement that was produced,” said Karting Australia’s Chief Executive Officer Kelvin O’Reilly.

“The involvement and support of V8 Supercars is tremendous for the sport of karting and as a governing body we’re excited about the continued potential of this event.”

Ian Holm, owner and operator of Xtreme Karting, welcomed the announcement of the event returning in 2014.

“People are still coming to our facility and speaking about how good last year’s event was, now we’re delighted to be able to officially say it’s coming back in 2014,” said Holm.

“Last year was the first time we’d held such an event here at Xtreme Karting and while it was an enormous success we’ve already been planning on making the 2014 Race of Stars an even bigger spectacle.”

In a similar fashion as the 2013 event, entries will be on an invitational basis to attract the best drivers from all across Australia.  This year there will also be a number of international drivers who will be a part of the event.

“This event has been designed as a true showcase for the sport of karting,” said Race of Stars Event Coordinator Lee Hanatschek.

“It will once again be a one day event being held on a layout that no one has competed on before, which is set to make it a very even playing field for everyone involved as it will not be about who can do the most test days and get to know the circuit the best.

“To have the continued support from the team at V8 Supercars is significant for the sport of karting and we’re working very hard to make the 2014 Race of Stars an even bigger success.

“Over the coming weeks, we’re aiming to finalise the arrangements with a number of high-quality International drivers who will be competing.”

Karting Queensland President Ashley Waardenberg believes the Race of Stars is an event that the karting community is proud to be a part of and has the full support of all clubs in the Sunshine State.

“As we saw last year, the Race of Stars is a terrific platform to expose our sport to the wider community,” said Waardenberg.

“The Race of Stars will be co-hosted by every member club in Queensland and we look forward to working with the team at V8 Supercars to put on a great event.”

To view a general information brochure on the 2014 Race of Stars, please click here.