First CIK-FIA Titles to be Awarded in Kristianstad 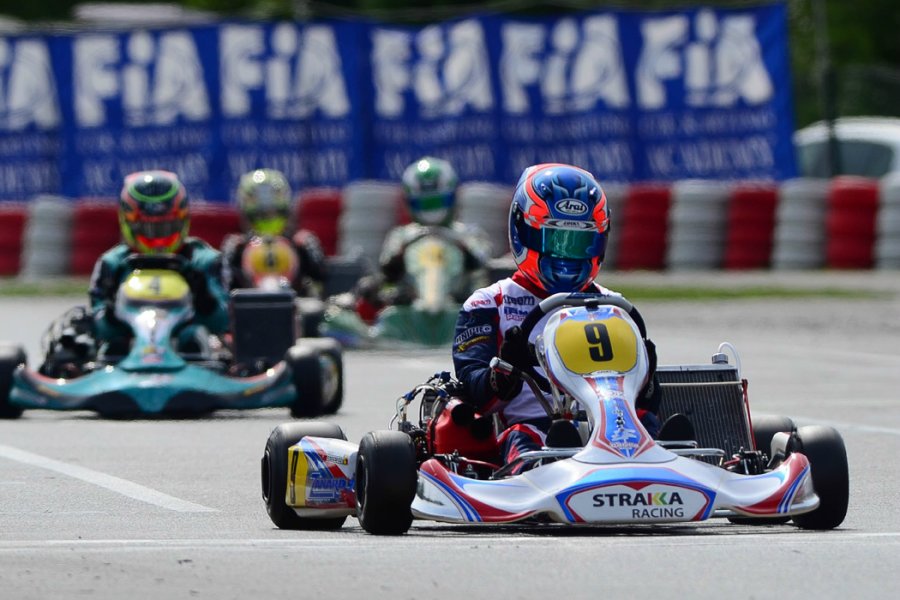 European  karting moves to North, to Sweden, where the first Champions of the season will be crowned. Kristianstad hosts the third and final round of the European Championship of the KZ and KZ2 categories. Lots of changes in the standings after the second round in Germany: all is possible in this thrilling end of season. Who will win the final sprint? The winners of the season-opener in Genk or those who managed to gain the leadership in  Wackersdorf? Of course, eyes also on the big names who are looking for their payback after their season fell short of expectations. Besides the gearbox categories, the Swedish facility will host also the third out of four round of the KFJ: great expecations for heated duels in this category too. These are the ingredients of an event which can boast 224 entrants who will challenge each other on the  1,231 metres of the  Asum Ring International Circuit. Engines will be started on Thursday, for the free practice session. On Friday, qualifying and the first heats, which will continue also on Saturday. On Sunday 27th July the final phase which will available also on the Internet thanks to the WSK websites www.cikfia.tv and www.cikfiachampionship.com. The live streaming will cover the event from the drivers’ parade until the Finals. The appointments on TV are scheduled on next 30th July on Rai Sport 2, with the pre-recorded broadcast of the Finals. On Friday 1st August the special TV report with the recap of the whole weekend.

Dreezen gives the chase to the title
Marco Ardigò  (Tony Kart-Vortex-Bridgestone) arrives in Sweden eager to take the leadership back, after the Belgian Rick Dreezen (Zanardi-Parilla-Bridgestone) took it in Germany. The Italian strongly wants to add another prestigious title to his already long lists of awards and, above all, he wants to forget the technical failure which obliged him to pull over during the Final in Wackersdorf. Dreezen, however, will fight hard to keep the lead: he will have to keep at bay lots of big names taking part in the KZ championship. Among them the Belgian Jonathan Thonon (Praga-Parilla-Bridgestone), third of the standing and the winner of the last round, and the Dutch Bas Lammers (FK-Parilla-Bridgestone), he, too, on the podium in Germany.

Juodvirsis is the favourite in the race for the title
Also the Lithuanian Simas Juodvirsis (Energy-Maxter-Bridgestone) will try to conquer the title keeping the lead of the KZ2 Championship: his most dangerous rival is the Italian Andrea Dalè (CRG-Maxter-Bridgestone), who achieved a poor performance in Wackersdorf and did not score any points. Thanks to his ‘hat-trick’ in Belgium, the Italian driver can still aim at the title. The third of the standing, the Czech Jan Midrla (Birel-TM-Bridgestone), still stands a chance, even though he needs to score lots of points if he wants to haul himself up to the top of the Championship. Drivers such as the Danish Andreas Hansen (Tony Kart-Vortex-Bridgestone) and the Swedish Douglas Lundberg (Alpha-Parilla-Bridgestone) – always competitive in the previous rounds – can still hit the target.

Ahmed defends his leadership
In KFJ the British Enaam Ahmed (FA-Vortex-Vega) and the American Devlin Defrancesco (Tony Kart-Vortex-Vega) lead the standing separated only by a point. They will try to pull away  in the Championship before the final sprint on schedule at the end of August in England. Their most dangerous rivals are  the Swedish Anton Haga (Kosmic-LKE-Vega), who will be driving on his home track, and the American Logan Sargeant (FA-Vortex-Vega).