National championships to be decided at Miller Motorsports Park this weekend 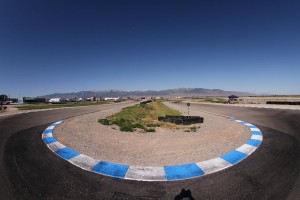 Since MAXSpeed Group took over the USRMC program in 2011, this is the first year the event has featured a title sponsor. Cold Stone Creamery approached MAXSpeed, looking to support the grassroots level of motorsports. Their support is helping to bring this year’s US Grand Nationals to be one of the best in the 14 years of the event. One of the local branches will be on-site for Championship Sunday, providing free ice cream to registered drivers. Adding to the food fun is TacoTime, with the company on-site Saturday to had out free tacos to competitors.

One of the big announcements heading into the week is the announcement of Andersen Promotions and MAXSpeed Group forming a partnership. The Mazda Road to Indy is the most successful driver development program in the world, and is now futher into the grassroots levels with the USRMC program. Four rising Rotax drivers from the USRMC will be awarded a one-day test in the Cooper Tires USF2000 Championship Powered by Mazda during off-season testing, selected by a panel of experts. The Victory Group, creators of RoadToIndy.TV, will be producing an educational video detailing the process on how to become involved in racing – which will include information regarding karting and feature a number of former/current Rotax racers. 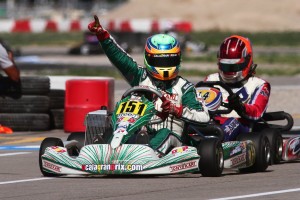 Another great addition to the Cold Stone US Grand Nationals includes representatives from the University of Miami Global Academy (UMGA) – an online middle school and high school. The program is focused around providing quality education around the busy competition and training schedule of athletes – including young Rotax racers. The seminar will take place Thursday, July 17 at 5:30pm.

The first full day of official on-track action has been labeled ‘Fast Friday’ with the qualifying and opening rounds of heat races to take place. Following the on-track action, the Super Pole Celebration BBQ presented by MRP Speed Schools will take place, honoring those drivers who were fastest in the KoeneUSA.com Super Pole sessions for Junior and Senior Max. Additional prizes and giveaways will be available for all attendees, including team members, competitors, mechanics and family members. A pine wood derby for Micro and Mini max competitors have also been organized with the free dinner, scheduled for the Miller Motorsports Park Clubhouse.

EKN will once again be providing the popular Trackside coverage. Be sure to follow the Official Discussion Thread for top-10 results of every on-track session as the event unfolds, and follow all the coverage through the EKN Event Page. Also, get updates through Facebook, Twitter and Instagram. Junior Max, Mini Max and Micro Max were previewed first on Monday, with DD2 Masters and Masters Max published on Tuesday while Senior Max and DD2 was presented on Wednesday.