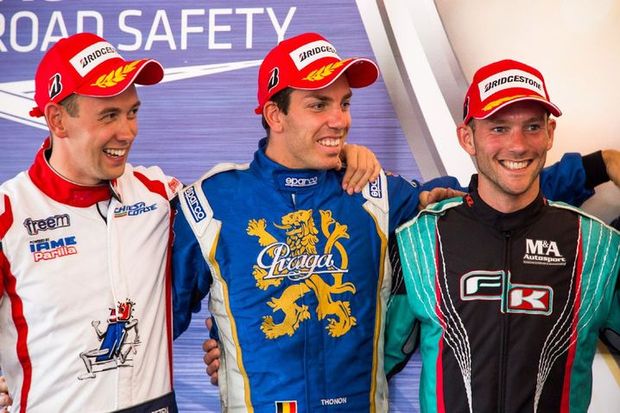 The race to the European CIK-FIA KZ and KZ2 titles on Rai Sport 2
The 2014 European titles are going to be awarded. The last event of the European CIK-FIA KZ and KZ2 Championship is scheduled in two weeks’ time at the Swedish circuit of Kristianstad. The facility will host the third and last round of the Championships at the end of which we will know the names of the European Champions of the two categories. Nothing has been decided yet: the second round hosted by the Bavarian circuit of Wackersdorf, last weekend, was very uncertain and the current standings say that the Championship will be decided only after the chequerd flag in Sweden. It is hard to describe how intense and uncertain the German weekend was, where also the weather played a key role in making the results unpredictable. To get a clearer idea of the situation it is better to stick to the usual delayed broadcast of the Finals, which will be aired by Rai Sport 2. The races are going to be gripping not only for the public of Wackersdorf, but also for all the fans from all around the world who saw the races on the Internet thanks to the live streaming. On the TV schedule the Rai Sport 2’s special TV Report is following on Friday 18th at 23:55. 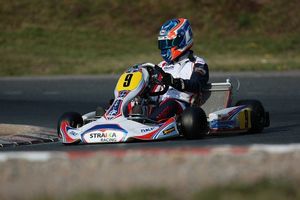 Rick Dreezen is on the top of KZ standings after the race in Wackersorf
(Photo: Cuna Photo)

Rick Dreezen: consistent results to be in the lead in KZ
He hasn’t won a race in this 2014 season, but the Belgian Rick Dreezen (Zanardi-Parilla-Bridgestone) is in the lead in the KZ Championship thanks to a streak of good results which had its culminating point with the second place achieved in Wackersdorf, behind the Belgian Jonathan Thonon (Praga-Parilla-Bridgestone). Marco Ardigò (Tony Kart-Vortex-Bridgestone) was not as consistent. He was on top of the standings thanks to his win in Genk (B) and he was eager to make his leadership steadier in the second round in Germany. The Italian driver was the best after the qualifying phase, but in the Final he was not as lucky and had to pull over because of a technical failure. Dreezen passed him in the race and in the Championship: Dreezen now leads with 53 points, followed by Ardigò with 48, while the third position is occupied by the other belgian driver, Jonathan Thonon (Praga-Parilla-Bridgestone), launched by his well deserved victory in Germany. The top drivers are closely pursued by the English Jordon Lennox-Lamb (CRG-Maxter-Bridgestone) and the Dutch Jorrit Pex (CRG-TM-Bridgestone). They both managed to score points also in the German round, but they have lost a position (they are now fourth and fifth respectively) because of Thonon’s great  performance. They will also have to keep at bay the Dutch Bas Lammers (FK-Parilla-Bridgestone), who scored a brilliant third position in Wackersdorf. 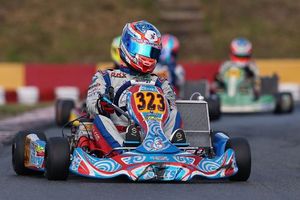 Simas Juodvirsis lead a brand new KZ2 standing
Simas Juodvirsis’s win (Energy-Maxter-Bridgestone) in Wackersdorf rocketed the Lithuanian to the top of the standing in KZ2: he took the leadership away from the Italian Andrea Dalè (CRG-Maxter-Bridgestone), who is now second after a weekend of poor results in Germany. Also the Danish Andreas Hansen (Tony Kart-Vortex-Bridgestone) and the Swedish Douglas Lundberg (Alpha-Parilla-Bridgestone) weren’t lucky: they were second and third after Genk (B) but in Germany they lost two positions. Behind Juodvirsis and Dalè, respectively with 42 and 35 points, the third position is now occupied by Jan Midrla (Birel-TM-Bridgestone) with 29: the Czech driver was the best after the heats, but his performance wasn’t as good in the Final and he did not manage to score a podium position after a rather heated race. Great leap in the standing – from 14th to 6th – for the Irish  John Norris (Mach 1-TM-Bridgestone), the runner-up of the Final in Wackersdorf. 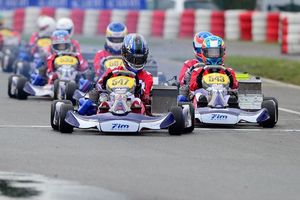 Kakunoshin Ota is the new leader of the Academy Trophy
In the CIK-FIA Academy Trophy the Japanese Kakunoshin Ota is in the lead thanks to his consistent results. The third place in Wackersdorf allows him to reach 50 points and to be 2 points ahead of the previous leader, the Dutch Rinus van Kalmthout. The third position now belongs to the Turkish Berkay Besler (40 points) thanks to the fourth place scored in Germany. Also the Dutch Richard Verschoor and the French Alexandre Vromant (the latter is the winner of the German Final) gain positions and are now fourth and fifth thanks to the podium positions scored last weekend. The British Martin Ross, on the other hand, drops back to 6th place.