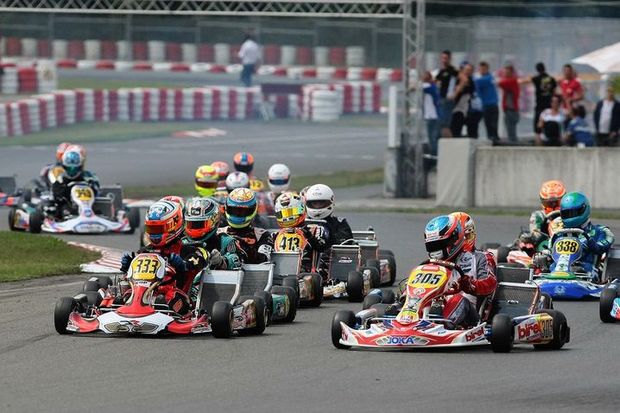 First results in Wackersdorf
First verdicts on the German track of Wackersdorf (D) after the series of 20 qualifying heats: the battle for the championship is getting heated. The second round of the European CIK-FIA KZ and KZ2 Championship of karting and the second round of the CIK-FIA  Academy Trophy was the ideal stage where many drivers had the occasion to show their skills. It is hard to say who is going to be the winner of the round, given that there are 12 different winners today, with new names that make the lists of the favorites even longer. The current championship standings have been updated thanks to the results after the heats: the situation for the top positions is as uncertain as ever. So, there are great expectations for tomorrow’s Prefinals and Finals; these races will be available live in streaming on www.cikfia.tv and www.cikfiachampionship.com. The streaming will start at 10.45am with the drivers’ parade. All the weekend will have its TV recap on Wednesday 16th July on Rai Sport 2: the delayed broadcast of the Finals is scheduled at 08.00pm. On the same channel, on Friday 18th, the special report with highlights of all the races of the weekend. 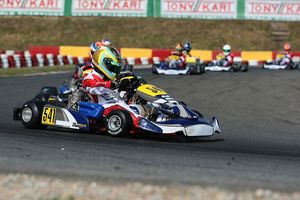 Illya Zamula was one of the winners in Saturday’s heat races in the Academy Trophy class
(Photo: Cuna Photo)

Ardigò’s wins hands down in KZ
Marco Ardigò (Tony Kart-Vortex-Bridgestone) wins twice and responds to his former team-mate, the Belgian Rick Dreezen (Zanardi-Parilla-Bridgestone), who was the fastest in yesterday’s qualifying. The Italian makes his leadership steadier and now he is definitely the driver to beat in KZ. Both the heats had the same result, with Ardigò ahead of Dreezen and the Dutch Bas Lammers (FK-Parilla-Bridgestone). However, despite the final result, the two races were very different from each other. In the first race Ardigò had to deal with Lammers, who got overtaken by Dreezen only on the last laps, thanks to a good recovery after dropping back at the start. In the second race Felice Tiene (CRG-Maxter-Bridgestone) took the lead at the start; then Ardigò passed him on lap two. Tiene was then overtaken also by Lammers and by Dreezen. The latter grabbed the second position thanks to an overtaking manoeuvre during the last lap. The Prefinal starting grid sees Ardigò and Dreezen in the front row.  Lammers and his fellow countryman Jorrit Pex (CRG-TM-Bridgestone) occupy the second row.

Zamula in the lead in the Academy
Many winners also in the heats of the CIK-FIA Academy Trophy. The Ucranian Illya Zamula, who will start from the pole position of the Prefinal, the Dutch Richard Verschoor and the Japanese Kakunoshin Ota, all on Parolin-FIM-Bridgestone karts.