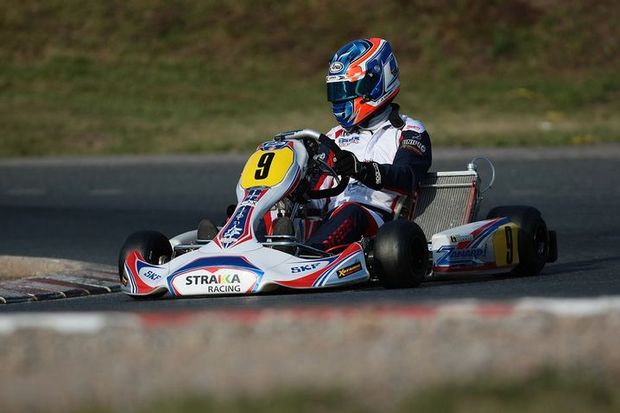 The weekend of the European Championship started in Germany. It’s a great weekend for karting in Germany, with the second round of the European CIK-FIA KZ and KZ2 Championship, together with the CIK-FIA Academy Trophy, running at the circuit of Wackersdorf, 150 Km from Munich. Today, the qualifying session decided the pole-sitters of the three categories taking part in the event, under a changeable weather: showers and improvements in the morning and sunshine in the afternoon, during qualifying. On its 1,222 metres-long circuit the Bavarian Pro Kart Raceland facility hosts145 scrutineered drivers, coming from 36 different countries and from 4 continents. From tomorrow morning, drivers will take part in the 20 heats to give the chase to the first rows of the starting grids of Sunday’s races.

Rick Dreezen is the fastest in KZ
Rick Dreezen (Zanardi-Parilla-Bridgestone) had announced it before coming to Germany: he aims at the KZ Championship leadership and he hit the first target. The Belgian signed the best time of his session, achieved the pole position thanks to his 49”871. In the following session, the Italian Felice Tiene (CRG-Maxter-Bridgestone) was only 11 milliseconds slower and managed to finish ahead of another Italian: Marco Ardigò  (Tony Kart-Vortex) – the current leader of the Championship – who stopped the clock at 49”963. Also the French Thomas Laurent (Tony Kart-Vortex-Bridgestone) finished below the 50 seconds: with 49”996 he set the fourth time. A pair of great champions, the French Arnaud Kozlinski (Intrepid-TM-Bridgestone) and the Dutch Bas Lammers (FK-Parilla-Bridgestone) placed very close to the top positions and achieved the fifth and sixth time respectively. Great duels are expected for tomorrow’s heats, thanks to the big number of champions taking part in the race under the changeable weather. 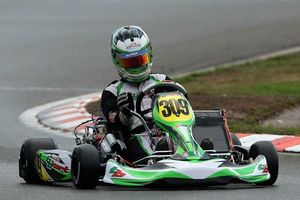 Simone Brenna in action in his fast laps during qualifying in Wackersdorf
(Photo: Cuna Photo)

Simone Brenna is the surprise in  KZ2
New names took centre stage in KZ2 qualifying. The fastest driver was Simone Brenna (TB Kart-Modena-Bridgestone), the only one who managed to stop the clock before the 50 seconds thanks to his 49”939. The Italian was 105 milliseconds faster than his team-mate, the Croatian Kristijan Habulin who set the second time with 50”044. They finished ahead of the two Dutch drivers Finn Kooijman (CRG-TM-Bridgestone) and Dylan Davies (DR-TM-Bridgestone), with 50”068 and 50”081 respectively. Behind them the Austrian Marcel Muller (DR-Modena-Bridgestone) and the Czech Jan Midrla (Birel-TM-Bridgestone). The first two drivers of the Championship’s standings finished a bit behind: the Italian Andrea Dalè (CRG-Maxter-Bridgestone) and the Danish Andreas Hansen (Tony Kart-Vortex-Bridgestone) will need to recover positions in tomorrow’s heats to keep their positions. 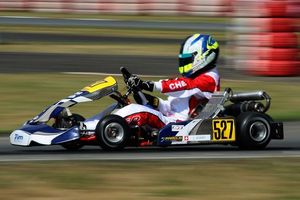 Lucas Legeret set the pole in the Academy
Among the very young drivers participating in the CIK-FIA Academy Trophy one-make series on Parolin-FIM-Bridgestone karts, the fastest one was Lucas Legeret in 54”563, only 18 milliseconds faster than the Championship leader, the Dutch Rinus Van Kalmthout. Behind them the Dutch Richard Verschoor and the Ucranian Illya Zamula..

Cameras in action in Wackersdorf.
The video coverage of the weekend is guaranteed by next Sunday’s live streaming which will start with the drivers’ parade. More highlights of the event on TV, on Rai Sport 2, next Wednesady 16th July at 20:00 with the delayed broadcast of the Finals. Always on the same channel, on Friday 18th, the recap of the whole weekend with the special TV report.