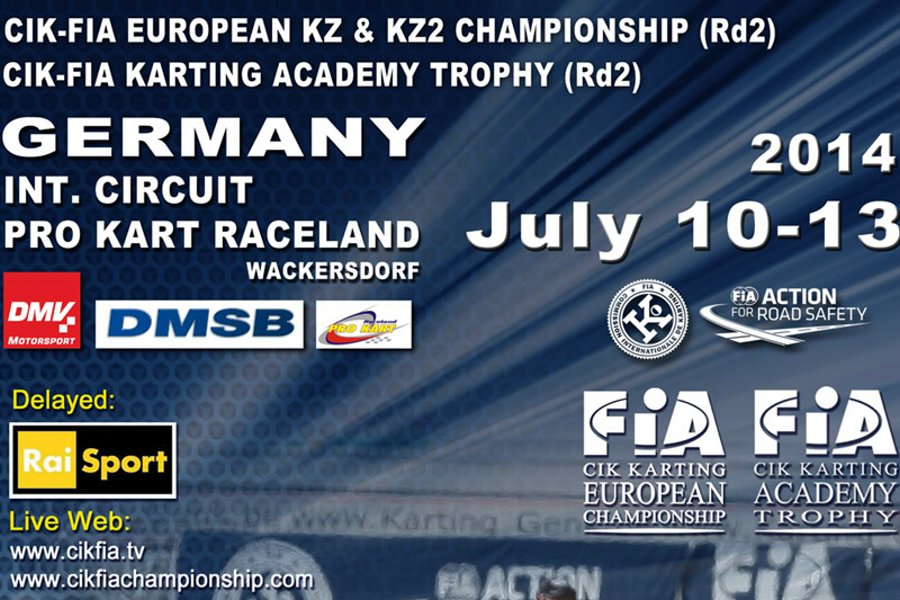 The European Championship for the KZ categories reaches its climax. After the season opener in Genk, the drivers of the shifter categories are going to challenge each others on the Pro Kart Raceland circuit of Wackersdorf (D) in the event which marks the halfway stage of the season. Also the Academy Trophy has its second round in schedule on the 1,222 metres of the German track. There are 169 entrants ready to take part in the competition; the public will also be able to enjoy the Historic Karts side event. As usual, the schedule of the weekend is going to be tight: free practice on Thursday,  then qualifying on Friday and heats on Saturday. The end of the race on Sunday 13th, with the Finals of all the categories. Thanks to WSK production, the final phase of the round will be available on the Internet on www.cikfia.tv and www.cikfiachampionship.com, from the drivers’ parade to the end of the Finals. The delayed broadcast of the Finals will be aired by RAI Sport 2 on 9th July. The special report of the whole weekend on Friday 11th.