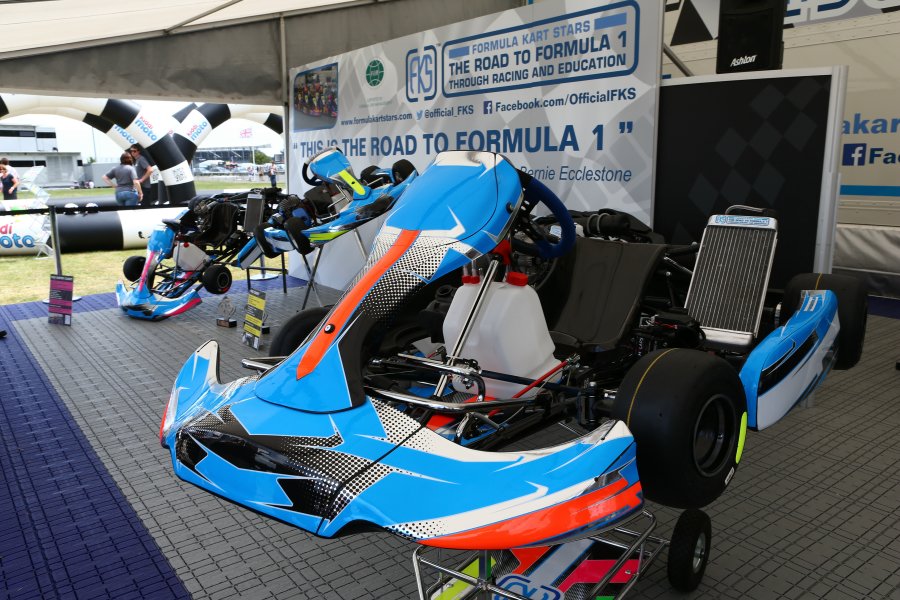 New Formula Kart Stars will combine controlled equipment, designed and distributed by the Championship to offer competitors a unique and market leading level playing field at a fixed cost, allowing equal opportunities and talent to shine through. Starting in April 2015, it will run in the UK before the rollout of global Formula Kart Stars held mainly in Formula 1 hosting nations.

A simple two-tier entry fee of £25,000 for Cadets and £35,000 for Juniors will include all equipment, tyres, fuel, fees, storage, awning space and transport of their kart for the season. Add to that extensive technical and wider support and it couldn’t be easier for newcomers and established karters alike to join the new series across the classes of Cadet (8-10 years), Super Cadet (10-12 years), Junior (12-15 years) and Super Junior (15-16 years).

The format has evolved following substantial research with competitors and kart teams both in the UK and abroad to identify the requirements for an affordable world-class karting championship. Substantial testing miles have been undertaken in the new karts while the series has also worked to provide the competitors and spectators with increased interaction, such as market leading on-board data logging and live timing system.

Twelve rounds held over six weekends, carefully scheduled to fit at least half during the summer holidays, will be staged at the UK’s premier kart circuits with bespoke F1 style hospitality and paddock environment. 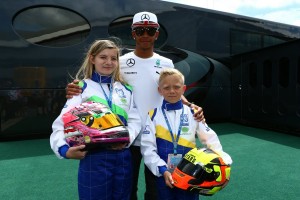 Bernie Ecclestone has supported Formula Kart Stars since 2009 and has been active in his guidance in the formulation of the new championship for 2015. The series has also been created with the support of F1 teams’ driver development programmes, to identify their requirements for a proving ground for drivers. Infiniti Red Bull Racing, Scuderia Toro Rosso, Williams and Marussia F1 Team have already pledged to support the championship.

The Formula Kart Stars education and prize structure provides drivers with an unrivalled and clear career path. Each class winner will receive a free entry into FKS for the following season, while the Super Junior Champion receives a fully funded season in single-seaters plus testing.

Formula Kart Stars provides the ideal platform for developing existing drivers whilst also creating a unique environment to identify new talent. It will be a breeding ground for the Formula 1 drivers of the future more than ever before, having already helped produce stars such as Lewis Hamilton, Paul Di Resta, Gary Paffett, Max Chilton, Susie Wolff and Oliver Turvey.

“To address the astounding cost of getting started in motorsport and especially recently in karting, Formula Kart Stars will provide a championship where these young drivers will race with the endorsement of Formula 1 Teams and with all the style of Formula 1, but on karts and engines supplied by the Championship. A fixed affordable cost will provide a level playing field to allow talent to shine through.

“What makes Formula Kart Stars different is that they provide drivers with a highly competitive training ground at some of the best kart circuits in Britain but do not neglect their off-track development by underlining the importance of education and by working with competitors’ schools. This will continue to be an important element of our new Formula Kart Stars. It is the road to Formula 1 through racing and education.”

“I wouldn‘t be here without this Championship. Karting is where I learnt all my skills, it’s really where I built my foundation to enable me to drive the way I do today.”

“Formula Kart Stars is a revolutionary way of doing karting. It’s addressing the fact that karting is getting so expensive, that it’s out of the range of most people. Speaking to Anthony Hamilton recently, Lewis’ father, he said if Lewis wanted to start now he wouldn’t be able to afford to go karting, so we’d have lost Lewis. The new Formula Kart Stars addresses that.

“Bernie Ecclestone has supported us since 2009 and we share a concern about the cost of junior motorsport because ultimately it will impact on Formula 1. Formula Kart Stars will go international in 2016; every country that has a Grand Prix will have a similar championship.

“We use proper kart chassis, proper race engines, proper race tyres, the whole lot. The difference is we’re providing everything, even down to the pit garages in Formula 1 style. Everything will be done to a very high standard, it will look like a mini Formula 1 paddock, but there’ll be no hidden extras.

“Karting is the foundation, this is where you learn to race, learn how to think like a racing driver. Through Formula Kart Stars, they’ll learn how to present themselves, learn how to behave and even if they don’t go on in motorsport, what they’ll learn in the paddock will give them a fantastic grounding in their own lives and careers, whatever they do.”